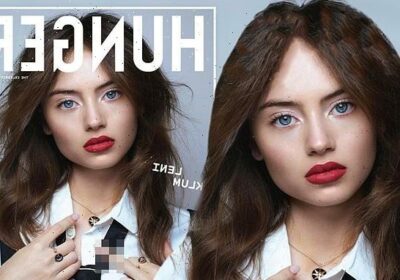 Leni Klum, 18, pulls off business chic wearing a blouse and tie in a new edgy cover for Hunger Magazine…following her move to New York City for college

Leni Klum stunned in a new magazine cover for Hunger, which she shared onto her Instagram on Thursday.

This marks the 18-year-old rising runway star’s latest magazine covers since her start in the industry just two years ago, following features in Vogue Germany and Glamour Germany.

Since following in her supermodel mom Heidi Klum’s footsteps, the teen has recently made the move to the Big Apple to begin her first year of college and pursue more modeling opportunities. 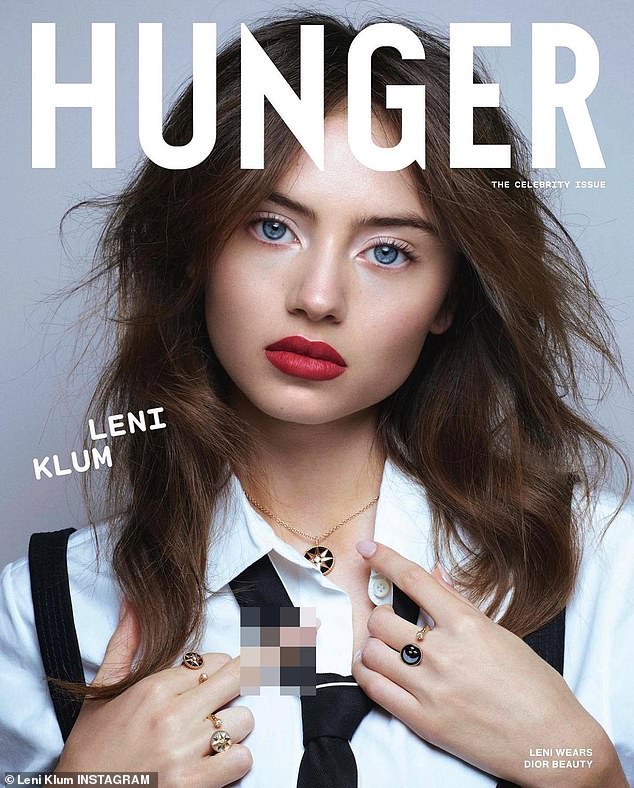 New cover: Leni Klum, 18, stunned in a new cover for Hunger Magazine which she shared on her Instagram earlier on Thursday

The social media personality, who boasts 1.5 million followers on Instagram, gave her fans a sneak peak at her latest cover for Hunger.

Leni could be seen in a close up photo, wearing a crisp, white blouse that was left unbuttoned at the top.

A black tie was added to the shirt along with matching black suspenders for a touch of business chic.

She added an assortment of classic jewelry to the ensemble, including a dainty, gold-chained necklace with a circular black and gold pendant.

The model also opted for a variety of rings that included the similar color scheme of black and gold. 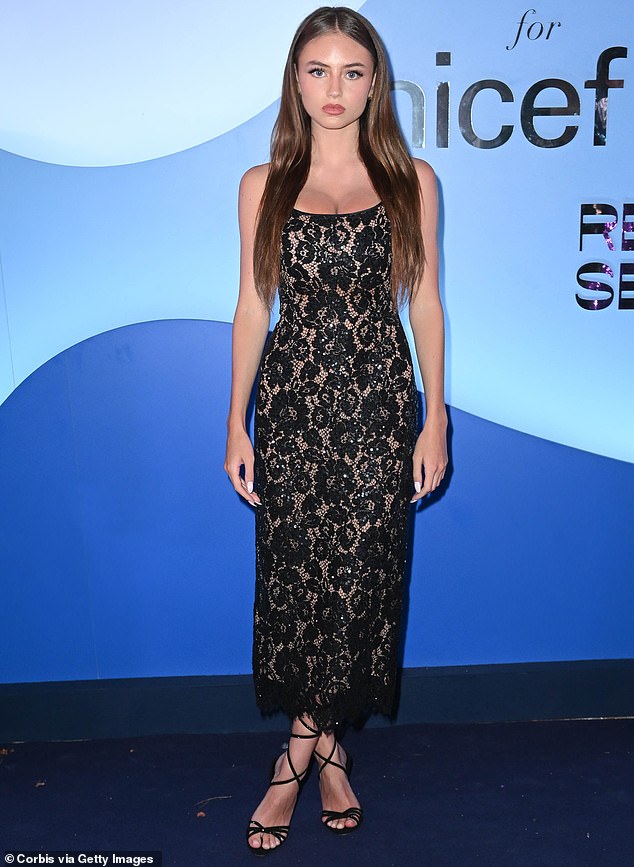 Stunning: The social media personality has followed in her mother’s footsteps to pursue her passion for working in the modeling industry; pictured in July of this year in Italy

Her makeup was elegantly done, with only a touch of mascara to allow her blue eyes to stand out. A bright red lipstick was worn to add an additional pop of color to the overall ensemble.

Leni’s brunette hair was parted in the middle and fell down past her shoulders in messy waves.

In a short caption to the new post, the star wrote out, ‘hunger shoot with uncle Rankin.’

Rankin is a well-known, British photographer who has collaborated with a number of artists throughout the course of his career, including David Bowie and Madonna.

He is also the founder of Hunger Magazine, which was launched over a decade ago in 2011. According to the official website, the publication focuses on ‘culture and fashion.’ 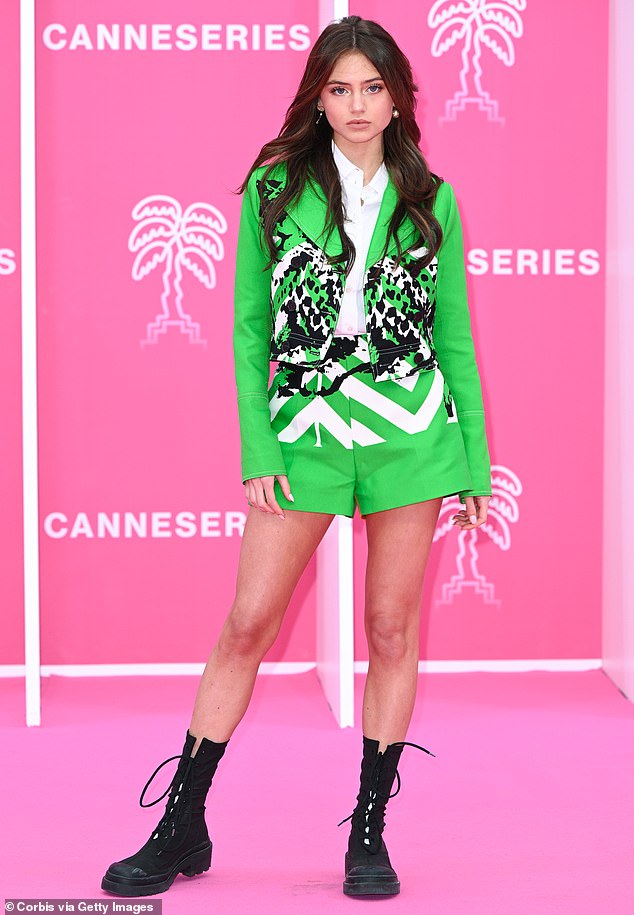 During an interview last year with Extra TV, Leni discussed a modeling tip she received from her mother, Heidi, when she started out in the industry.

‘She’s always telling me that I need to have fun, and she’s always like, ‘bounce around, be fun, be energetic, be excited,’ the star explained.

The media personality also explained that although both her mother and herself enjoying the modeling and fashion industry, their style choices are the complete opposite.

‘She calls it grungy,’ Leni stated, talking about how Heidi perceives her own personal fashion. ‘I just call it oversized…never catch me in super tight jeans because I don’t like wearing things that are uncomfortable.’

The model’s biological father is Heidi’s ex, Flavio Briatore. However, singer Seal, legally adopted Leni in 2009 after tying the knot with the Making The Cut star in 2005. After nearly seven years of marriage, Heidi filed for divorce in 2012, which was finalized two years later in 2014. 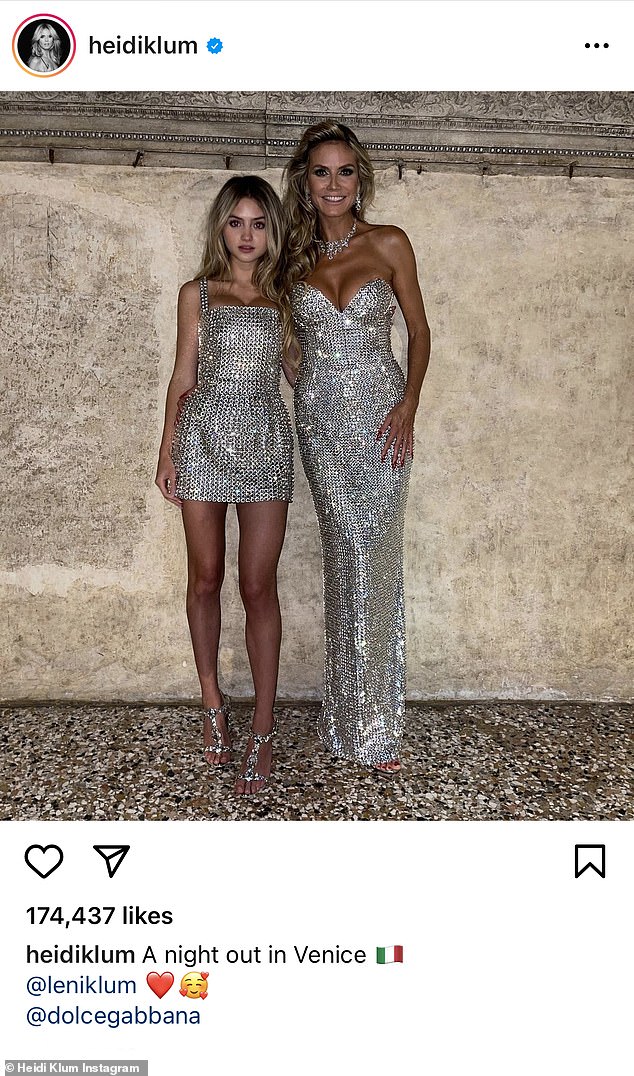 Mother and daughter duo: Leni expressed that both her style and her mother’s is completely opposite 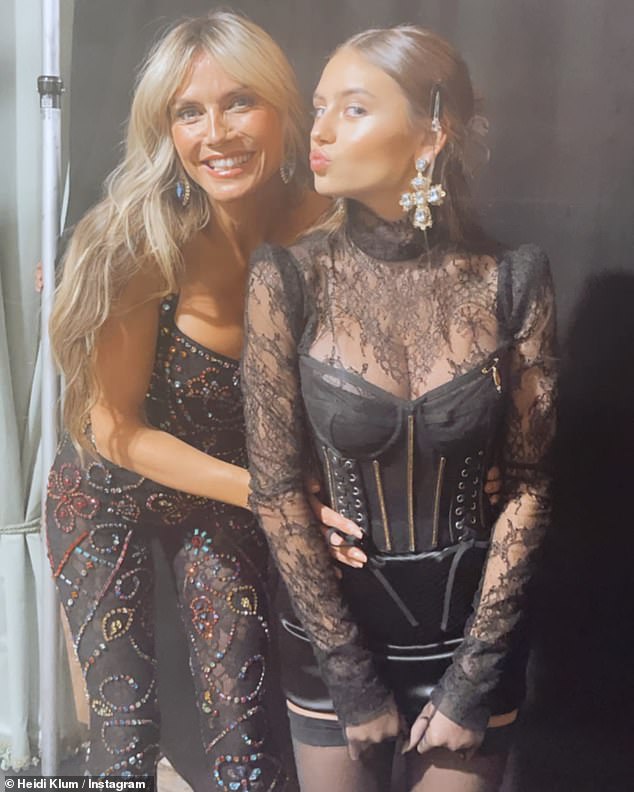 Biggest supporter: Heidi does her best to support and cheer on her daughter as she pursues modeling

Leni, who is fluent in German, recently left home to move to New York City to begin her first year of college.

Her mother, Heidi, recently discussed her feelings to be far away from her daughter during a recent interview on The Late Late Show With James Cordon.

‘It’s so sad,’ the America’s Got Talent judge admitted. ‘This weekend, she just moved in, and I call her. Normally she picks up, but then three, four hours I don’t hear anything.’

‘And already, my head is going ‘Where is she? What is she doing? Why is she not answering?’ Already the worrying is starting,’ Heidi revealed.

The supermodel stated that, at one point, she had called Leni every two hours. ‘Now I want the number of the roommate, so I can bug the roommate if she doesn’t pick up,’ Heidi stated humorously. 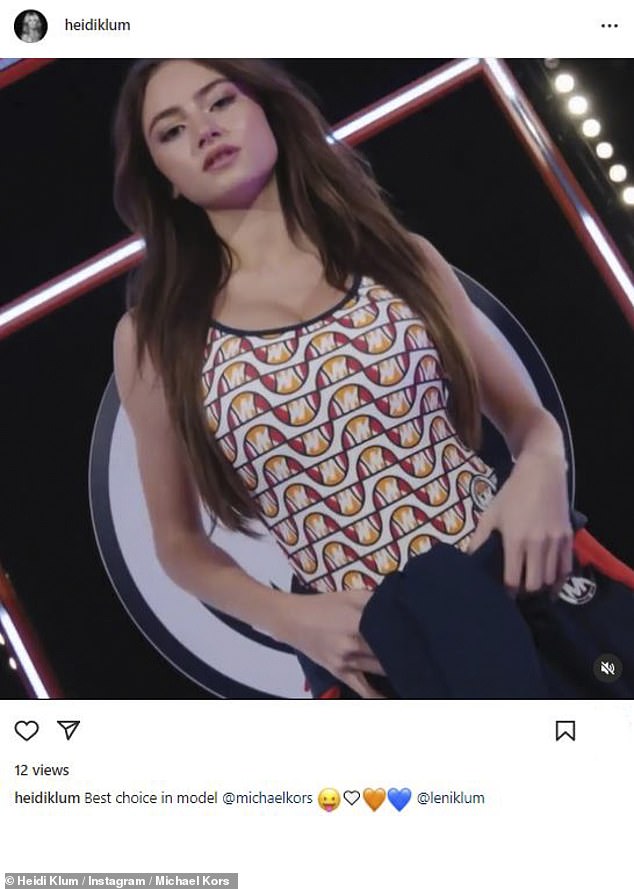 Missing each other: Since Leni left for college, Heidi explained during a recent interview that it has been ‘sad’ and had called her ‘every two hours’ 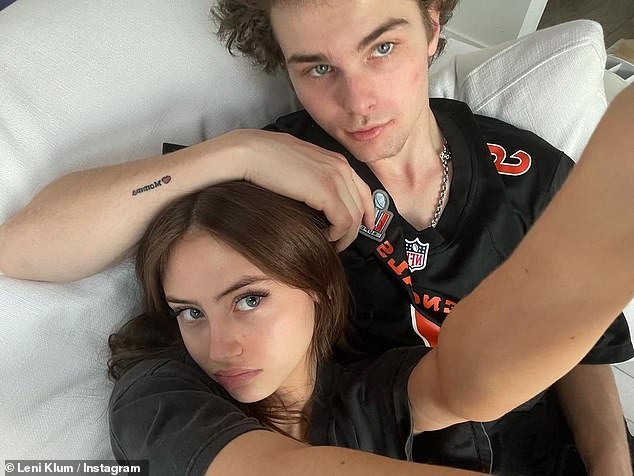 Relationship: Leni is currently dating hockey player, Aris Rachevsky, and the couple have been in a relationship for three years