The good times continued on Tuesday afternoon as Lily Allen relaxed with boyfriend David Harbour aboard their luxury yacht in Croatia.

The 35-year old singer is currently enjoying a summer break on the Adriatic coast with Stranger Things star David, 45, and her two children with ex husband Sam Cooper, Ethel, eight, and Marnie, seven.

And with temperatures soaring across Croatia she stripped down to a bikini and topped up her tan alongside the American actor, best known for his role as hapless Jim Hopper. 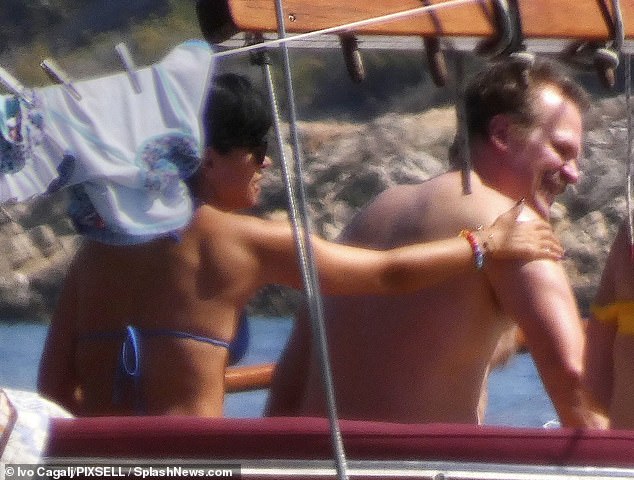 Plenty to Smile about: The good times continued on Tuesday afternoon as Lily Allen relaxed with boyfriend David Harbour aboard a luxury yacht in Croatia

Opting for a mismatched blue top and patterned bottoms, Lily caught the eye as they cruised close to the picturesque island of Solta.

The British star, who recently admitted to being alcohol free for a full year, nursed a coffee mug as she settled down alongside David while admiring the island’s rugged coastline.

At one point she was seen affectionately brushing the actor’s exposed shoulder as he relaxed in a pair of black beach shorts. 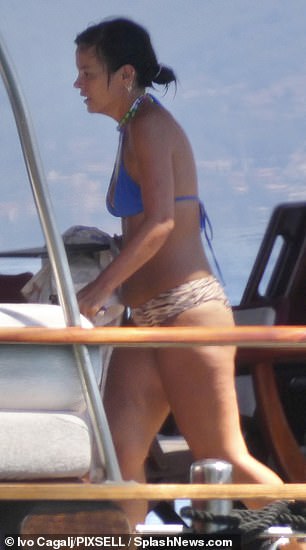 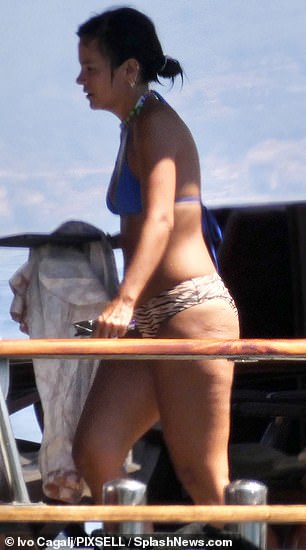 Engaging sight: Opting for a mismatched blue top and patterned bottoms, Lily caught the eye as she made her way across the boat’s top deck 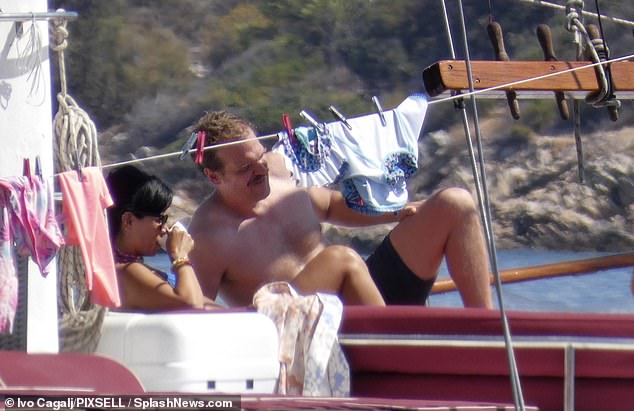 This is the life: David peeled off his shirt after settling down alongside the singer, who nursed a coffee mug as they admired the Croatian coastline

Lily and David have been making the most of their getaway to the Adriatic coast as they enjoy some family time together.

Under new government guidelines, the singer will have to quarantine for 14 days upon her arrival back in the UK due to tightening travel restrictions in COVID-19 hit areas across Europe.

Lily has previously been open about her struggle with alcohol and substance abuse, saying she turned to it when she experienced trouble in her personal life. 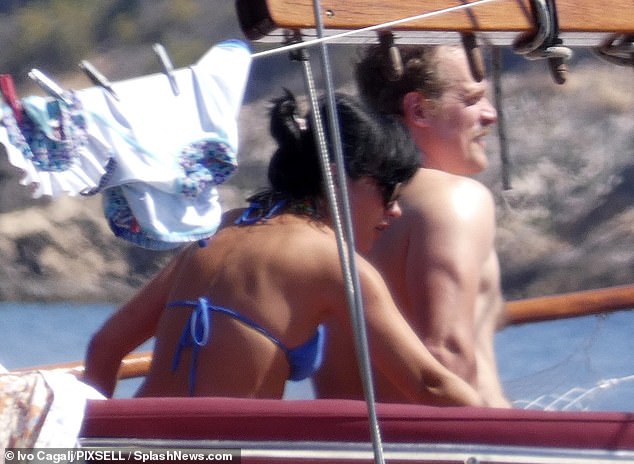 Close: Lily and David have been making the most of their getaway to the Adriatic coast as they enjoy some family time together 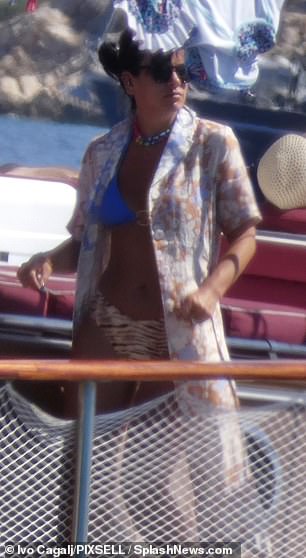 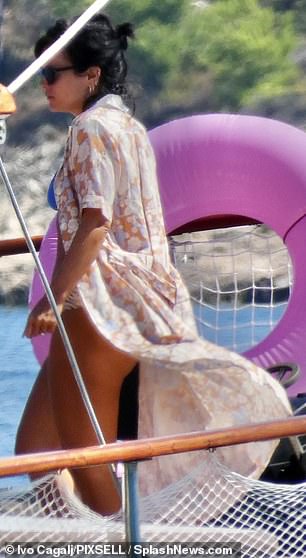 Stylish: The singer pulled on a distinctively patterned floral cover up while relaxing with her family on Tuesday 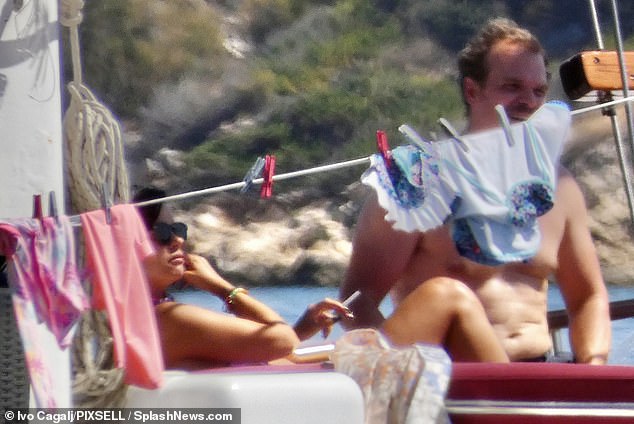 To mark the past 12 months of being tee-total, Lily posted bikini photos alongside one of the star looking noticeably worse-for-wear. Lily captioned the post: ‘1 year completely sober! So grateful for my health and happiness.’

It is thought Lily gave up drinking around the time she started dating her Stranger Things boyfriend David Harbour, 45.

The couple were first spotted at the theatre in London last August and their relationship has gone on from strength-to-strength. The mother-of-two previously took to Instagram to laud her new healthier lifestyle after she quit drinking. 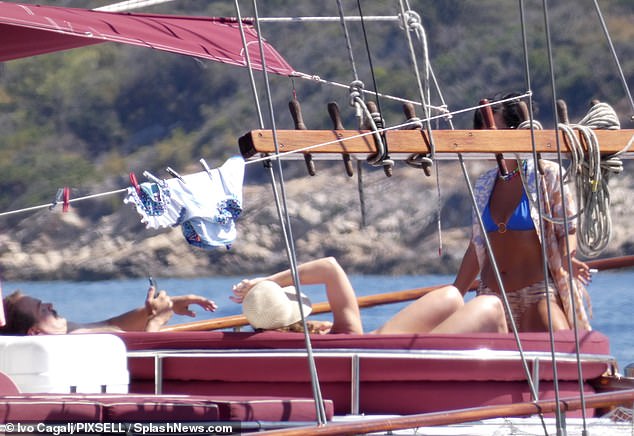 Settle down: David stretched out as temperatures continued to soar across Croatia 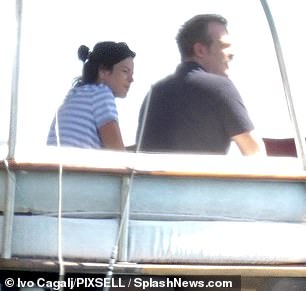 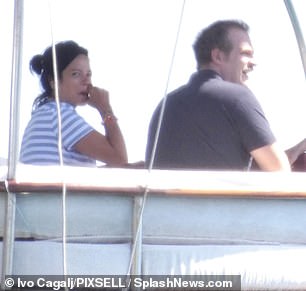 Cooling off: The couple pulled on T-shirts as they prepared for lunch on the boat’s deck

She told her fans: ‘9 months sober today! And the beginning of an ab is appearing. Very pleased!’

Lily revealed she had turned to the bottle when experiencing trouble in her personal life in an interview with Stereogum in 2018.

Lily, who has bi-polar disorder, said: ‘I think I’m a raging co-dependent and then when I feel like I can’t cope, I abuse alcohol and drugs to plaster over some stuff, but I’ve never been somebody that craves a fix.’