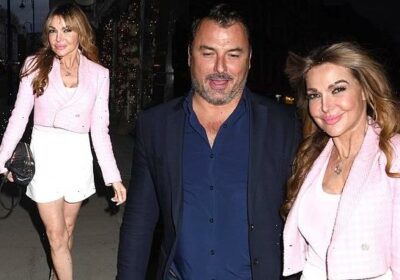 Lizzie Cundy’s got a new man! WAG steps out with her ‘smitten’ new restaurant director boyfriend who flew in from Miami especially to see her

Lizzie Cundy looked incredible as she stepped out in London on Wednesday night with her ‘smitten’ new beau – whose name she has not revealed.

The new couple looked like they were having a great time together as they were pictured leaving Revelations: A Portrait Of Magic at S&P Gallery in London on Wednesday.

A source told MailOnline that Lizzie’s boyfriend is an American restaurant director who flew in from Miami to see her and seems smitten. 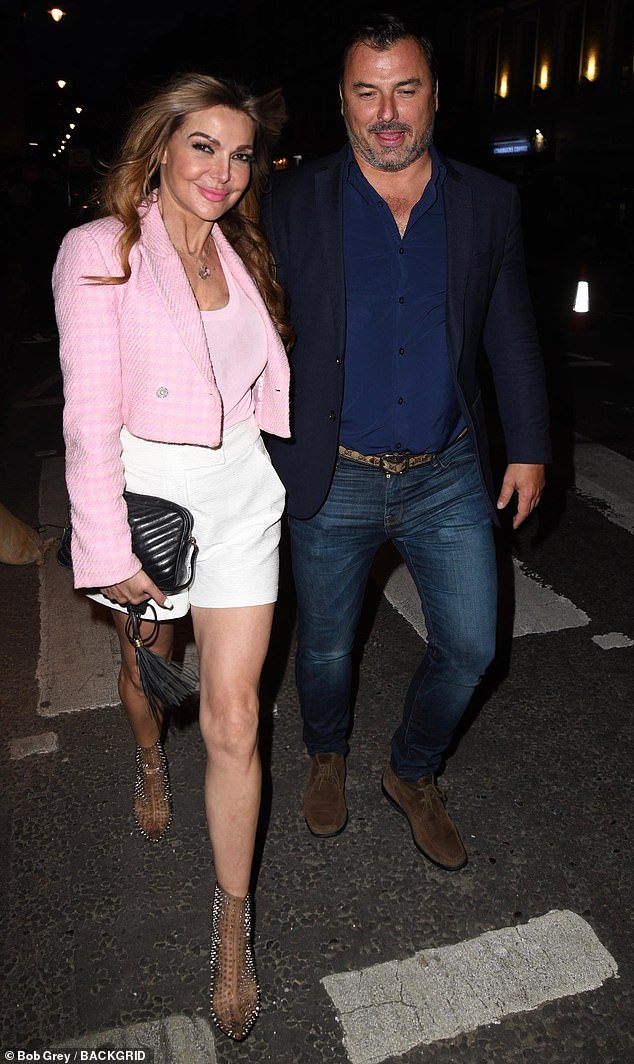 Smitten: Lizzie Cundy put on a leggy display as she stepped out in London on Wednesday night with her handsome new beau

TV star Lizzie, 53, put on a leggy display in a pair of high-waisted white shorts and added some bling wearing a pair of stud-embellished sock boots.

The WAG showed off her tiny waist wearing a cropped pink tuxedo jacket and matching T-shirt as her handsome partner held a protective arm around her.

Lizzie was glowing as she opted for her usual face of flawless makeup and voluminous wavy tresses.

Her handsome date cut a dapper figure in a pair of denim jeans, fitted blazer and navy shirt. 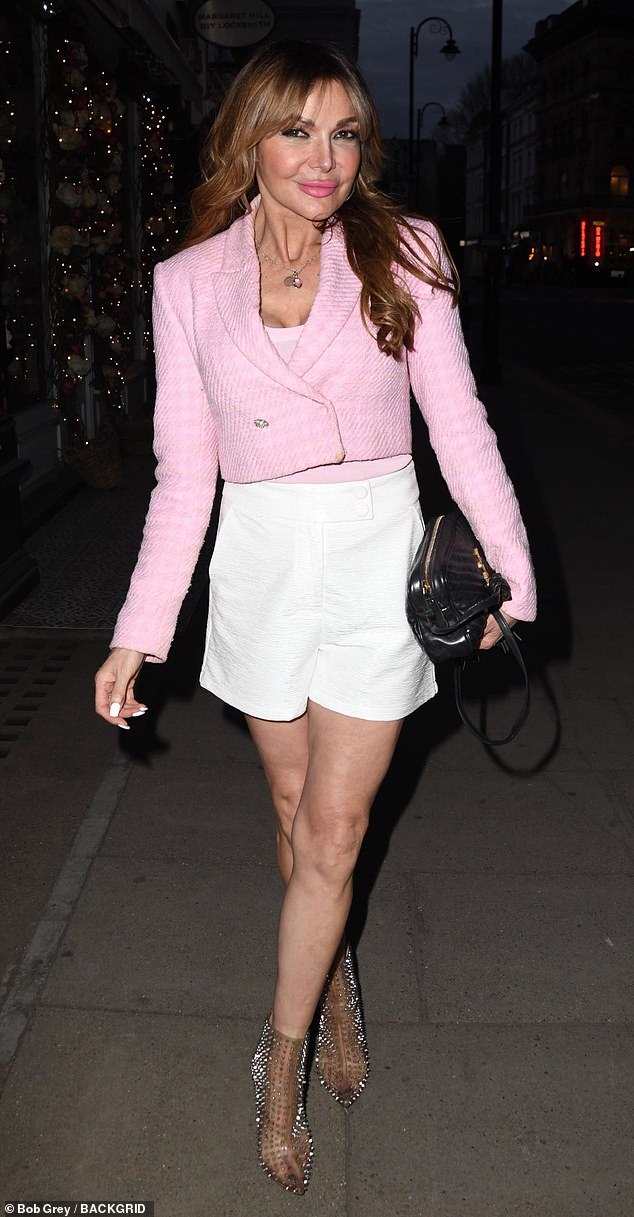 Glamorous: Lizzie was glowing as she opted for her usual face of flawless makeup and voluminous wavy tresses

He added a touch of designer with a with a Gucci belt and kept comfortable in a pair suede tan shoes.

Lizzie is now on good terms with her ex husband James Cundy.  In February 2017, she shared tribute to him as she marked his battle against testicular cancer.

The radio presenter shared a photo taken during her 16 year marriage to the former Chelsea and Spurs defender as she praised his bravery during his cancer treatment in the nineties.

‘Today is #WorldCancerDay .I don’t often share pics of me with my ex husband but he was incredibly brave in fighting testicular cancer during our marriage together,’ Lizzie wrote alongside the sweet family snap of the former couple with their son. 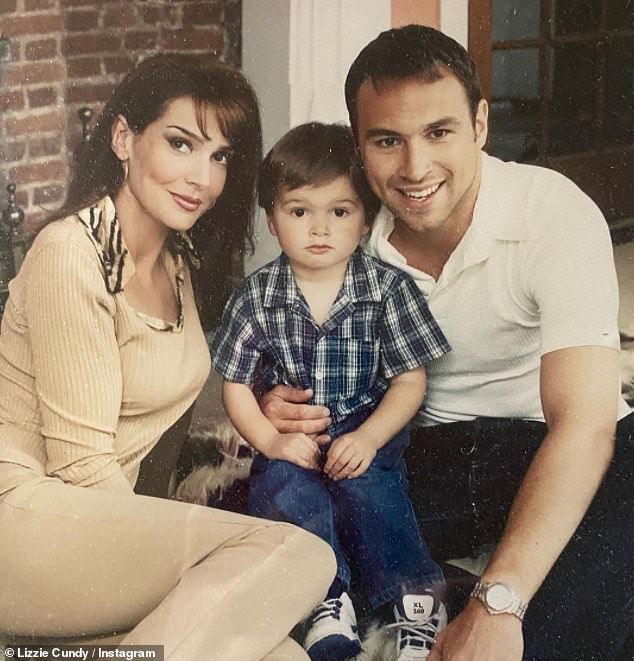 Proud: Lizzie Cindy shared a sweet tribute to her ex husband Jason in February 2021 as she marked his battle against testicular cancer for World Cancer Day

‘I will always be so proud of him of how he dealt with all of the treatment ,always had such a strong, positive mindset and he would help others going through the same . And he beat it thanks to early diagnosis.’

‘Please make sure you check yourself regularly for any signs .If you have any health worries or symptoms get them checked with your doctor as it can save your life. #positive #world #cancerawareness #worldcancerday #family #throwbackthursday ❤️.’

The brunette beauty split from ex husband Jason Cundy in 2010 after 16 years of marriage.

Their marriage came to an end after Jason met mezzo-soprano opera singer Hannah Pedley – who he has a son with. 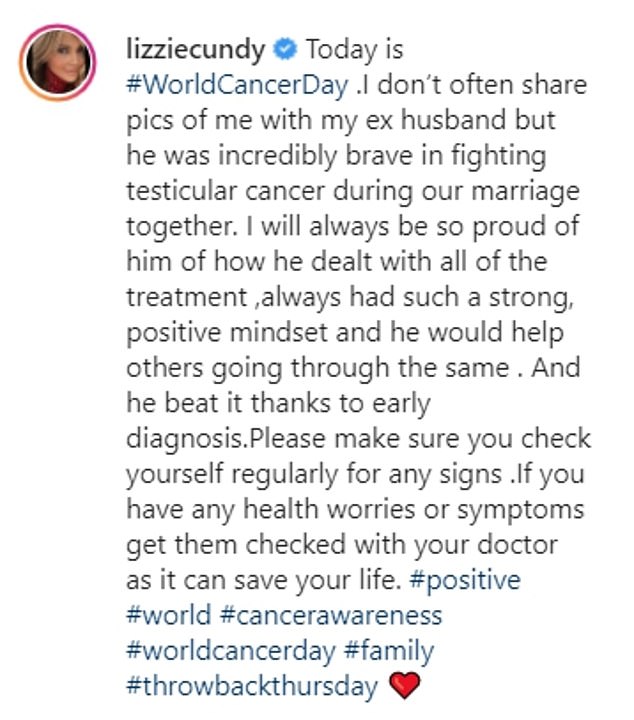 Brave: The TV star shared a photo taken during her 16 year marriage to the former Chelsea and Spurs defender as she praised his bravery during his cancer treatment in the nineties

Jason and Lizzie married in 1994 and their first son, Josh, was born two years later. The following year Jason was diagnosed with testicular cancer.

Lizzie nursed him and the cancer went into remission. Despite the fear of infertility from his chemotherapy, their second son James was born in 2000.

The couple set up a cancer charity and Jason said the cancer experience ‘had helped him sort out what matters in life’.

But in 2003 the cancer returned, and again Lizzie threw herself into helping him get well.

She said during an 2010 interview shortly after their split: ‘It was about this time that I realised I needed to work in case anything happened to him.

‘I had a brain and I wanted to make sure my children would be financially provided for if it was just us.’

Jason hung up his football boots in 2000 to become a successful sports radio commentator. 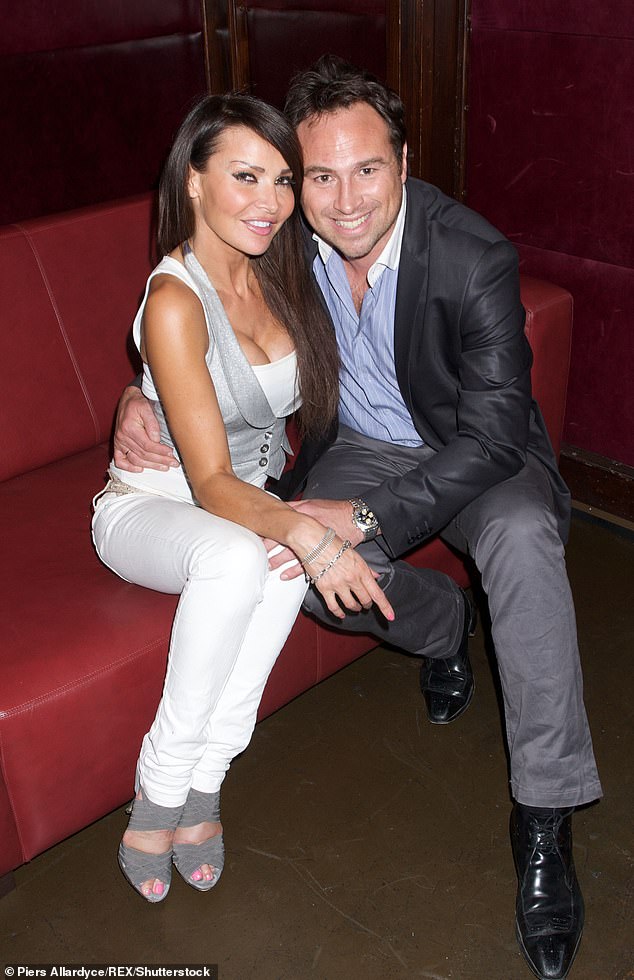 Break-up:  The brunette beauty split from ex husband Jason Cundy in 2010 after 16 years of marriage (pictured 2009)