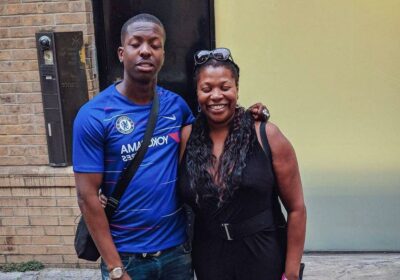 Loose Women stars have rallied around their friend and co-host Brenda Edwards, who on Tuesday shared her "shock" at the cause of her son Jamal's death at the age of 31.

An inquest into the music entrepreneur's death was opened on Tuesday at the West London Coroner’s Court and before being adjourned for eight weeks, the inquest heard Jamal died at Brenda's house, from cardiac arrhythmia after taking recreational drugs.

Assistant Coroner Catherine Wood said: "He came home late one evening, after which he became increasingly agitated and suffered a cardiac arrest.

"He was deteriorating despite treatment and died on February 20 of this year. A post-mortem has been undertaken and I have reason to suspect that the death was an unnatural death.”

Taking to social media, Brenda released a heartbreaking statement, which read: "I have sadly learned that the cause of Jamal's devastating passing was due to cardiac arrhythmia caused by having taken recreational drugs and I wanted to address this to everyone who loved, admired, and respected my son.

"Since finding out the news I have been in a state of shock, and I'm still trying to process it, but it's so important to me that I do address it as no mother or any loved one should have to go through what Jamal's sister, Tanisha, and I have been through since he passed."

Within minutes of Brenda posting the statement, her Loose Women co-hosts were quick to rally around and share their support.

Nadia Sawalha wrote in the Instagram comments: "This must have been so painful for you to write. Very brave.

"Sending love to you and your incredible children. This changes nothing. He achieved so much. He was a damn fine man."

A number of other stars shared their support too, as Claire Sweeney commented with three red heart emojis while Lisa Snowdon added one.

In her statement, Brenda continued: "Jamal had the world at his fingertips – a zest for life and he was unwittingly taken away far too soon. Yet we have to come to terms with what has happened, and Jamal is proof that this can happen to anyone.

"These types of substances are extremely unpredictable, and we can only hope that this will encourage others to think wisely when faced in similar situations in the future.

"His passing has shown that any one bad decision on any one occasion can lead to devastating consequences."

Brenda added: "It's so important that we help drive more conversation about the unpredictability of recreational drugs and the impact they can have. How it takes just one bad decision to destroy lives.

"I would do anything to have my son back but that is not possible so if I can help save one life, then we will have achieved something.

She concluded: "Jamal and I had one of the strongest mother/son relationships that you could imagine. We were best friends, and out of his many, many, wonderful qualities the one that made me most proud was his mission to help others – he was the most selfless person I knew.

"He opened doors to help others walk through and from Jamal's own experiences in life, he just wanted to help people thrive; to live; to connect; to love; to laugh, and most importantly, to just be happy."

For more updates on all your favourite celebs, sign up to our daily newsletter here.