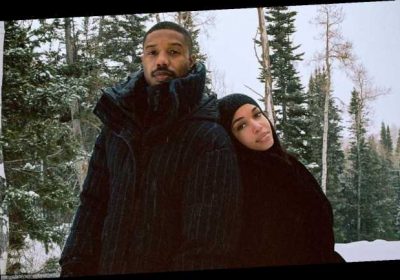 The social media personality also shares her reaction after watching the Alexa commercial starring her actor boyfriend which aired during Super Bowl LV on Sunday, February 7.

AceShowbiz –Lori Harvey could not hide her excitement over Michael B. Jordan‘s Super Bowl advertisement debut. After watching the “Black Panther” actor’s commercial for Amazon that was aired during the annual big game, the internet personality took to social media to share her reaction and congratulate her boyfriend.

On Sunday, February 7, the 24-year-old beauty shared via Instagram Story clips of her and her actor beau watching the commercial live together. She could be heard laughing and squealing in the background of the clips. Over one of the clips, she wrote, “Congratulations on your Super Bowl commercial baby @MichaelBJordan.”

E! News further reported that Lori also shared facts about Michael’s commercial which were tweeted by Listen First. “@amazon’s video sharing their Alexa ad and @michaelbjordan’s abs heave already been viewed over 50 millions times on YouTube, before it’s even aired during the game,” so read the tweet itself. “That’s 2.6X more video views than any other Super Bowl ad related post got in the same period.”

The ad featuring Michael was initially put out on YouTube on Tuesday, February 2. The clip began with a woman raving about the smart device as saying, “It’s just flawless, isn’t it? I literally couldn’t imagine a more beautiful vessel for Alexa to be inside.” After seeing a bus ad for the actor’s new film “Without Remorse“, she started fantasizing him as Alexa.

In the woman’s daydream, the “Creed” star could be seen helping her do a number of house chores. They include reading a recipe, turning on the sprinklers, dimming the lights, adding bath oil to her shopping list, as well as reading an audiobook while in her bathtub.

Super Bowl commercial aside, Michael and Lori went Instagram official with their relationship on January 10. In one of two snaps that the 33-year-old hunk shared, the lovebirds stared into each other’s eyes as they stood close to each other. A picture posted by the model, in the meantime, saw her smiling widely while he appeared to kiss her cheek.

The couple first sparked romance rumors in November 2020 after they were seen traveling together to Atlanta before the Thanksgiving holiday. They added more fuels to the dating speculations after being captured landing in Utah together ahead of New Year’s Eve.

Before becoming an item with Lori, Michael was said to be romancing singer Snoh Aalegra. As for the stepdaughter of Steve Harvey, she was rumored to be dating Akon‘s brother Abou Thiam. She also had a romantic relationship with Future for almost a year before splitting in August. 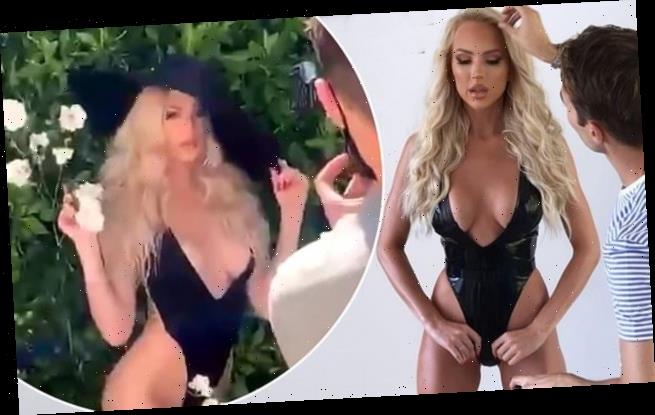