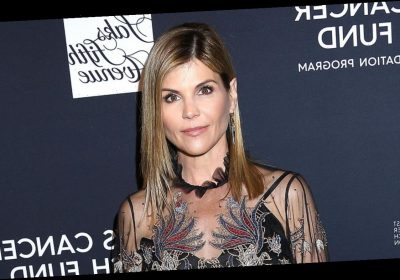 Lori Loughlin is volunteering after her December release from prison. The 56-year-old Full House star was seen in Los Angeles on Tuesday, marking the first time she’s been photographed in public since completing her prison sentence for her role in the college admissions scandal.

In the shots, which were obtained by Page Six, Loughlin sports a mostly blue look, which included jeans, a baseball cap, a sweatshirt and sneakers. The pics show Loughlin volunteering at Project Angel Food, where she completed her court-ordered 100 community service hours last month.

The Los Angeles-based organization prepares and delivers over one million medically tailored meals each year, free of charge to homes of men, women, and children affected by life-threatening illnesses.

Meanwhile, a source tells ET that Loughlin “continues to volunteer in the capacity in the same spirit of excellence, hard work, and kindness that she previously did.”

Last August, a judge accepted Loughlin’s plea deal, which stipulated that she serve two months in prison, be under two years of supervised release, pay a fine of $150,000 and complete 100 hours of community service. She began her sentence in October and was released less than two months later.

Her husband, Mossimo Giannulli, is currently serving his five-month prison sentence for his role in the scandal. As part of his plea deal, Giannulli will also have two years of supervised release, pay a fine of $250,000 and complete 250 hours of community service.

Loughlin and Giannulli paid $500,000 in bribes to get their daughters, 22-year-old Isabella and 21-year-old Olivia Jade, admitted to the University of Southern California as recruits for the crew team, though neither of them had ever participated in the sport. They initially pleaded not guilty to all charges leveled against them, claiming their payments were donations to the school and not bribes.

In January, a source told ET that, following her release from prison, Loughlin has had her team “put out feelers” for potential jobs. “[Lori] would love to start working again one day, but she is scared people won’t work with her,” the source said.

The source added that Loughlin “still has to remind herself that if anything good came out of all this it’s [her and her daughters’] closeness and renewed faith in their tight-knit family.”