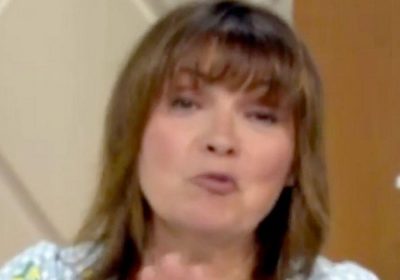 Lorraine Kelly has pleaded with the Duke and Duchess of Sussex to stop doing interviews.

In the past few months, Harry has been on the Late Late Show with James Corden, the couple have starred in a bombshell interview with Oprah Winfrey and Harry and Oprah have released their own TV series around mental health.

Now, Lorraine, who was recently labelled a "desperate troll" after asking Meghan Markle's first love if he's "the one that got away", seemingly feels fed up with Prince Harry, 36, and his 39 year old wife's multiple appearances on TV to speak out on various aspects of their lives.

Speaking to Hollywood expert Ross King, the star said "we've had enough" before begging for them to stop.

Ross first started: "They’re going to have some time off. Archewell their foundation allows people 20 weeks of parental leave which is quite good that they got that in.

"The one thing that did make me smile, everyone was talking about the name Lilibet and that it’s what the Queen was called when she couldn’t say Elizabeth when she was a little girl.

"And then we’re hearing stories that Harry had spoken to the Queen about it and if they were going to have a girl at some point that’s what she’d be called."

He continued: "People are also saying Lili is a tribute to Doria, Meghan’s mum because Meghan’s mum used to call her flower."

She added: "No more interviews please, we’ve had enough now."

A message from the Duke and Duchess of Sussex on their Archewell website, read: "On June 4th, we were blessed with the arrival of our daughter, Lili.

"She is more than we could have ever imagined, and we remain grateful for the love and prayers we’ve felt from across the globe.

"Thank you for your continued kindness and support during this very special time for our family."

Meghan and baby Lili are said to be "healthy and well" and are "settling in at home" at their house in Montecito, Santa Barbara.