Home » Celebrities » LOVE ISLAND 2022 FINAL LIVE: Get all the latest news and updates

LOVE ISLAND 2022 FINAL LIVE: Get all the latest news and updates 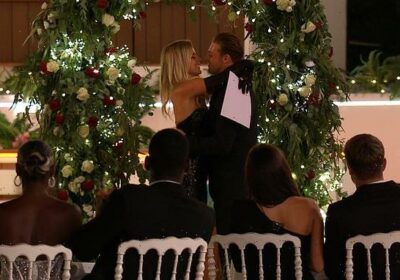 LOVE ISLAND 2022 FINAL LIVE: Tasha and Andrew finish in fourth place, Indiyah and Dami finish in third as Ekin-Su and Davide, Gemma and Luca are left to battle for £50,000 prize

So much love for Indiyah and Dami. Who knew after the antics of Casa Amor they would have grown so close.

Loved these two as well!

Best of luck guys, as Dami said – ‘all roads led to Indiyah.’ 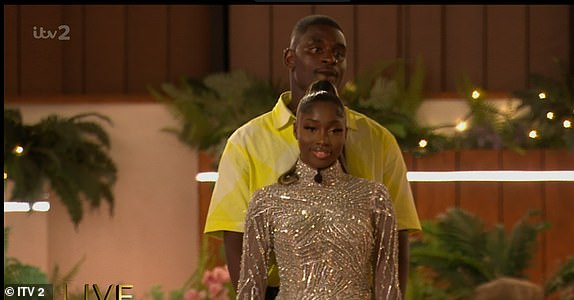 Even Laura can see the love between them saying it’s very obvious their love for one another. 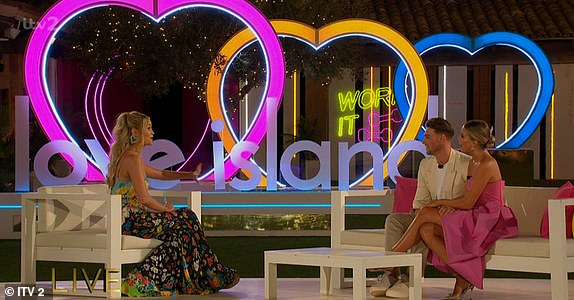 We loved these two.

What a couple, what a journey and so much love! 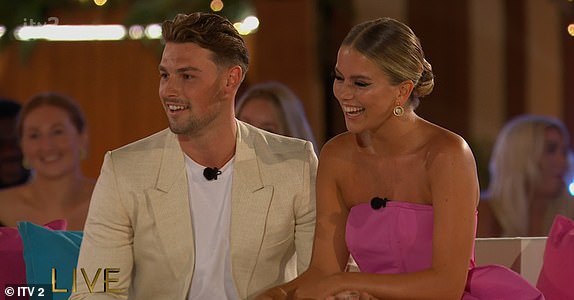 seeing this moment on my screen again had me dying😭 #LoveIsland pic.twitter.com/jQjUZolKgG

Just as Laura announced voting had been closed – she revealed she was going to be announcing who were the couple coming in fourth place.

Wow – so much has happened in the last 8 weeks.

We are being treated with several dynamite moments in the flashback sequence.

Davide tells Laura that it’s a dream to be with Ekijn-Su as she has a brief chat with all the couples ahead of the first count of votes.  We can’t get enough of these two. 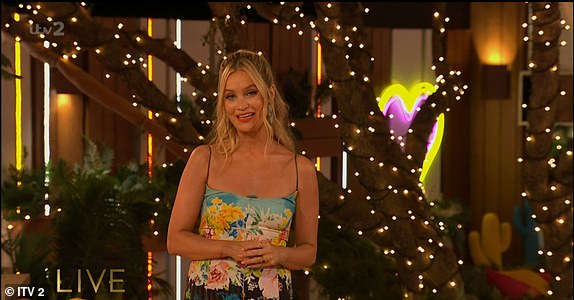 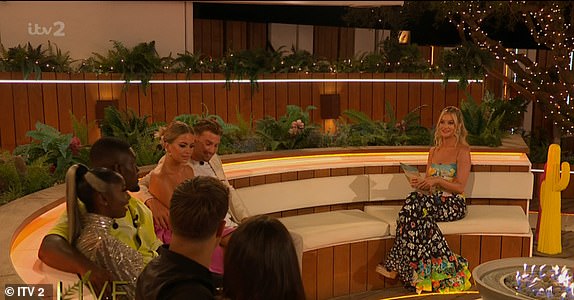 Oh goodness – pass the tissues, Tasha just told Andrew she knew he was the one on how he removes her cochlear implant every night. How sweet.

He then replies and tells her: ‘The exact moment I fell in love with you was when you told me about your superpower. You have inspired so many and I l will love you forever.’ 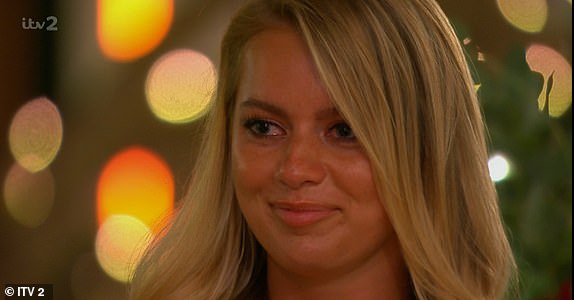 Davide gushed over Ekin-Su telling her: ‘We have a world to enjoy together and I can’t wait to see what the world has in store for us.’ 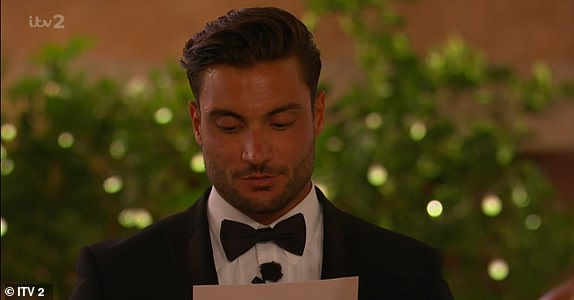 Ekin’s speech to Davide: ‘It’s been a hell of a ride for us. They say Rome wasn’t built in a day and so are we. I love being together. The Turkish Delight and the Italian Stallion. You are my soulmate.’ 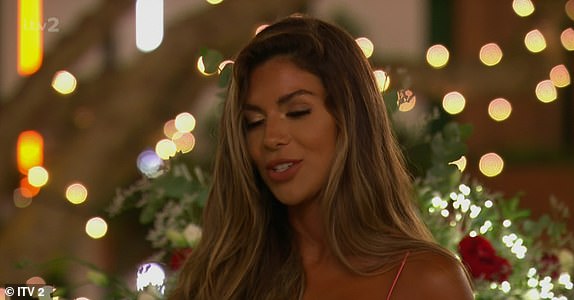 Indiyah’s speech includes her a line which says ‘from two heartbreakers to lovebirds’ referring to what happened after Casa Amor.

Dami also included it in his and gets over emotional as he tells her how much he’s looking forward to the future with her.

Easy – they haven’t even left the villa yet.

An emotional Luca tells Gemma: From the moment I got you up on that terrace, I knew it was you. I can’t help but smile at you.  I know I tell you how sexy you are but it’s the little things I love about you.’

During Gemma’s vows to Luca she tells him she loves their bickering and she’s so happy they have found such an amazing connection.

Admitting it’s short and sweet she tells him she ‘can’t wait to start a new chapter’.

I WANT A BREAK FROM THE ADS 😎#LoveIsland pic.twitter.com/bPfnizhdmS

Ekin-Su arrives in a stunning satin pink number with Davide telling her she ‘looks beautiful’.

Luca tells Gemma she ‘looks unreal’ as she arrives in a stunning black dress. 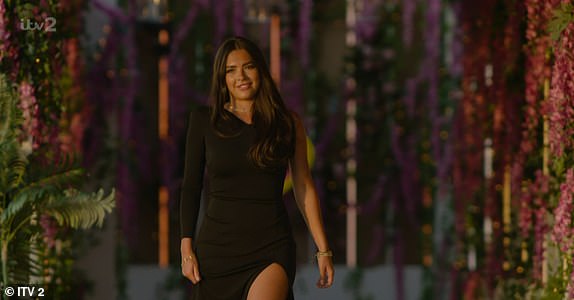 Dami is ‘all excited’ when he sees Indiyah arrive in a stunning white ball gown.

As Tasha walks out to Andrew he gasps saying ‘oh my days, you look unreal’. 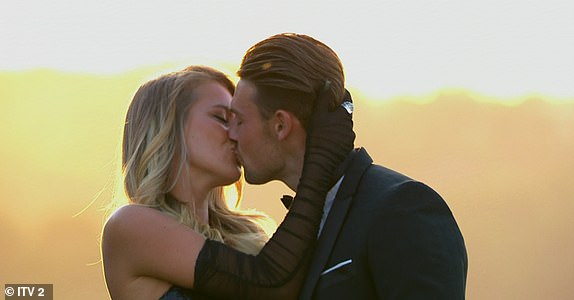 Indiyah tells the girls they can be as ‘cringy’ as they like with their speeches. We can’t wait to hear them already.

Davide  and his one liners – the Italian tells the boys he’s forgotten how to write as they prepare to write their vows for their other halves!

As the girls head off for a pamper day, the toast their journey ahead of the ball. 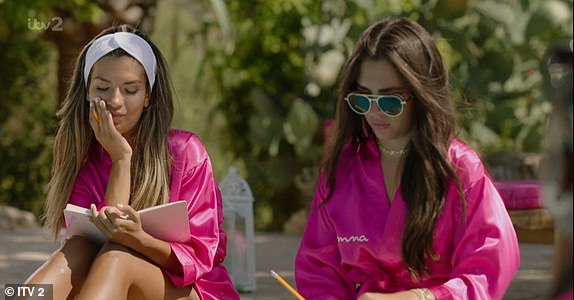 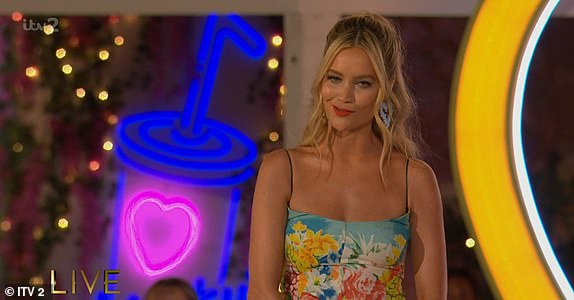 We don’t think any of the islanders will be in this years Strictly Come Dancing with those moves, especially Dami!

The guys wake up in the villa to receive a text to say they will have a hot Latin dance class before a Summer Ball where they will declare their true feelings for one another.

In all Love Island history we have never seen such a hot and sexy intro! 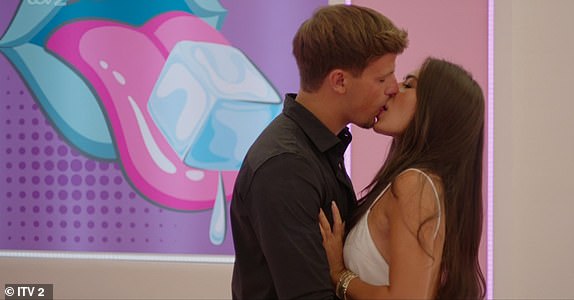 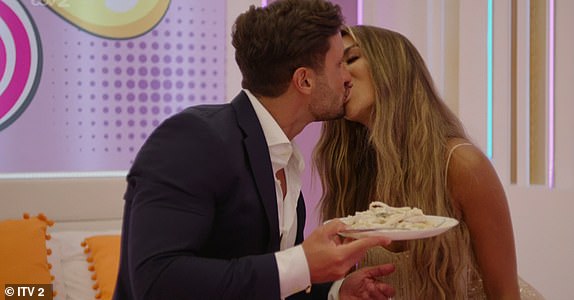 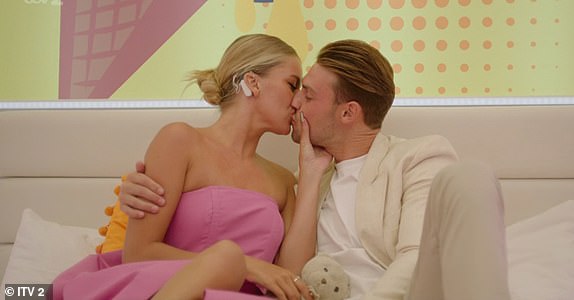 i'm having mixed feelings rn. i'm glad this show's about to end but at the same time i don't like i honestly don't know what to do with my life after this #loveisland pic.twitter.com/xinJR8JQRh

Come on then.
Predictions for winner?

It has to be Davide and Ekin-Su.
Don't say otherwise. But we all know it's a complete fix each year#LoveIsland pic.twitter.com/ZOuC9GfxHy

Me going to bed tonight when Love Island is over wondering what I’m gonna do every night at 9pm #LoveIsland pic.twitter.com/2ikHpbZshJ

30 minutes left until we see Ekin and Davide be crowned the winners of Love Island 2022 #LoveIsland pic.twitter.com/AVNlkcwMIz

Me using my boyfriends phone to vote for Ekin & Davide 🌱 #LoveIsland pic.twitter.com/dI7MZGGfry

My Great Grandfather used to bet on the pools. Here I am betting on who will make it to the final of #loveisland pic.twitter.com/y5lsytZuhC

it is what it is… until it isn’t #loveisland

Love island ends today😭 what will I do with my life after this?🥲 #LoveIsland

Can’t believe that on the night of the Love Island final I’m in the airport travelling back from Planet Chromatica. Do you think Heathrow will let us switch it on the big telly? Let’s do it for our gal. #loveisland pic.twitter.com/K80xiel2t1

Who do we thinks gonna win #loveisland

Here’s a teaser of what’s in store for you on tonight’s final.

The four remaining couples glam up for the show’s annual summer ball.

Ahead of the result, Islanders are preparing for the night’s spectacular Summer Ball with a quick professional Salsa lesson.

They learn they will be taught a ‘small class of hot Latin dance’.

Andrew said: ‘Good that Tasha’s next to me because I cannot move to save my life.’

And Indiyah laughed: ‘How am I going to be able to do this?’

Ekin-Su enthused of her and Davide: ‘Be the best, why not?’

Luca said of him and Gemma: ‘We just had a good laugh!’

And then, with the villa garden beautifully transformed for the Summer Ball, the Islanders arrive in their finery.

And as they take their seats for the evening, it’s up to the couples to one by one read their declarations to each other.

Romance, tears of joy and emotion abound as Andrew and Tasha, Dami and Indiyah, Davide and Ekin-Su and Luca and Gemma express their true feelings.

While the boys dressed in black tie, Ekin-Su dressed in a pink satin dress complete with a thigh-split as she salsa danced with Davide.

Indiyah chose a white bridal-inspired number as she was seen reading her declaration to an emotional Dami.

Gemma wore a long black gown as she walked into the villa and Tasha could be seen having an intense moment with Andrew.

It’s all come down to this… The Islanders are off to the summer ball… with emotions running high, as they deliver their declarations 🥰 #LoveIsland pic.twitter.com/ZFzYh5EjfN

On tonight’s show we will get to see each couple read their loving declarations to each other before the winners are announced by Laura Whitmore.

Whoever is crowned winners will be taking the throne from last year’s champions, Millie and Liam.

It comes as no surprise that the bookies’ favourites to win this series are Davide and Ekin-Su.

However, in the world of reality TV anything is possible.

So prepare for an eventful show.

Sunday night’s episode saw Paige and Adam dumped from the villa ahead of the final after being voted least compatible by their fellow islanders and the public.

How it started vs how it's going… 🥹💞 #LoveIsland pic.twitter.com/h99AzXZ1wz

It’s been eight long weeks since Love Island 2022 began and after plenty of snogging, several of outings to the ‘salon’ and some crawling – the final is upon us!