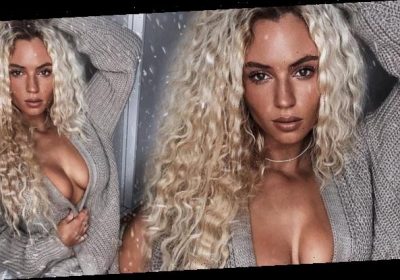 She never fails to look sensational while showing off her eye-popping assets.

And Lucie Donlan was sure to command attention as she put on a very busty display for her latest sizzling Instagram post on Friday.

The Love Island star, 22, ensured all eyes were on her ample cleavage as she went topless and posed up a storm in plunging grey knitwear. 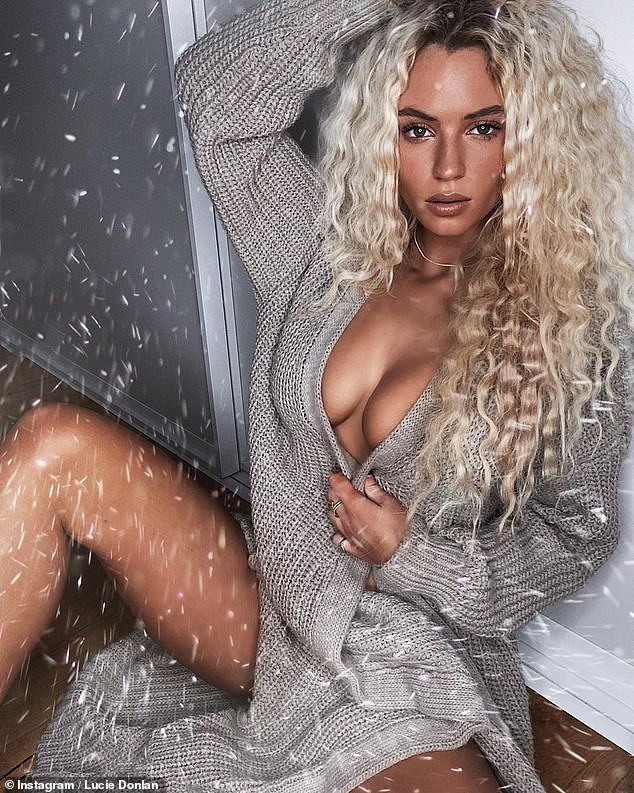 Sizzling: Lucie Donlan ensured all eyes were on her ample cleavage as she went topless and posed up a storm in plunging grey knitwear for her latest Instagram snap shared on Friday

Lucie exuded confidence as she worked all her angles for the camera and clasped her chic cardigan closer under her assets.

The blonde beauty wore her long locks down and perfectly styled into curls, letting them cascade over her shoulders for the sexy snaps.

She kept her accessories to a minimum, only donning a stylish gold necklace and a selection of rings to complement her laid-back look. 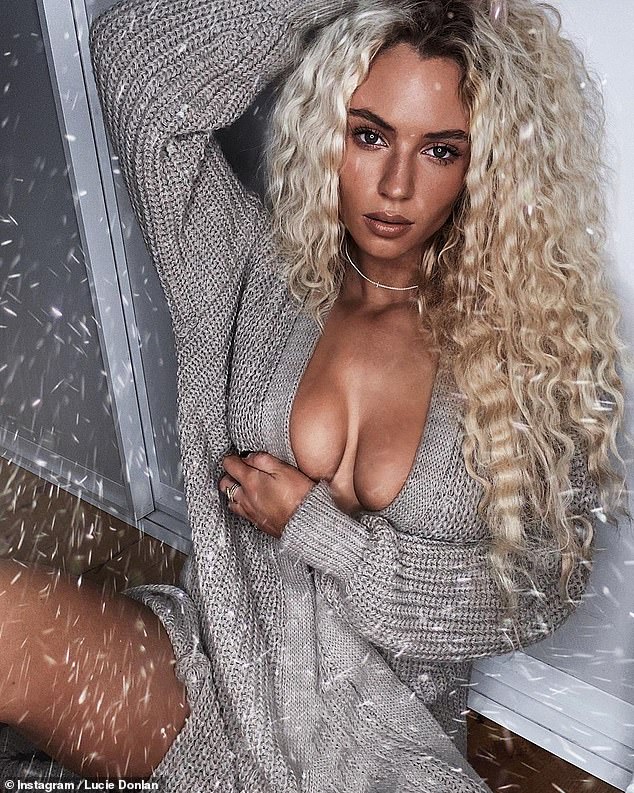 Busty: The Love Island beauty, 22, clutched onto the grey cardigan as she exuded confidence infront of the camera

Lucie has been treating her fans to a slew of lingerie snaps in recent days, sharing shots as she promotes Ann Summers’ new sustainable range, Knickerbox Planet.

On Friday, the reality star showcased her incredible figure during a sultry shoot for the underwear brand and uploaded the clip to social media.

In one look, Lucie rocked a plunging bodysuit with semi-sheer fabric and a hook and eye detail trailing down the centre.

She also donned an underlined bra with striped fabric as well as matching briefs and draped an open oversized shirt on top as she posed in a summer cabin. 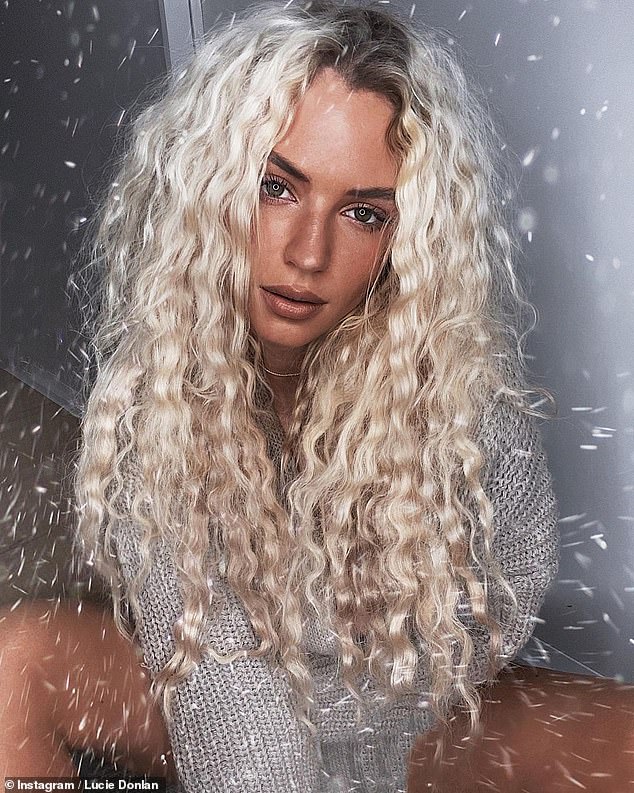 Beauty: She styled her blonde locks into perfect curls and added a touch of makeup including a slick of mascara and nude lipstick

Luke and Demi split in May – and Lucie was reportedly dating Luke the following month, with them going official on social media in July.

The Love Island star admitted she messaged Luke directly after his split from Demi, 22, having watched him on his series of the ITV2 show.

Lucie told MailOnline that she ‘fancied’ Luke the moment she saw him walk into the villa – but she’s relieved they met away from the cameras and on ‘their own terms.’ 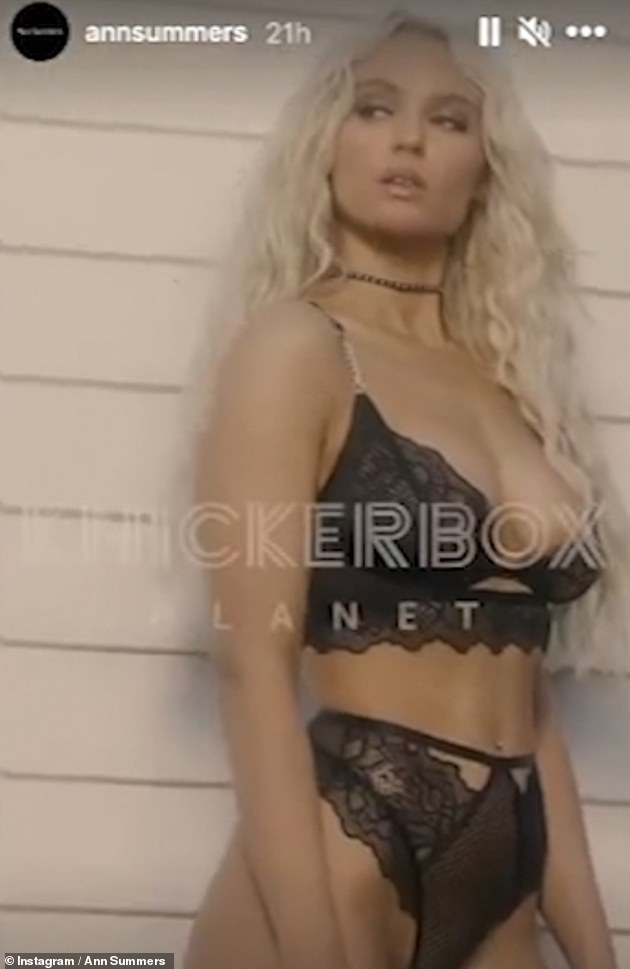 Wow: It comes after the keen surfer looked sensational as she posed in black lingerie from Ann Summer’s new Knickerbox Planet range 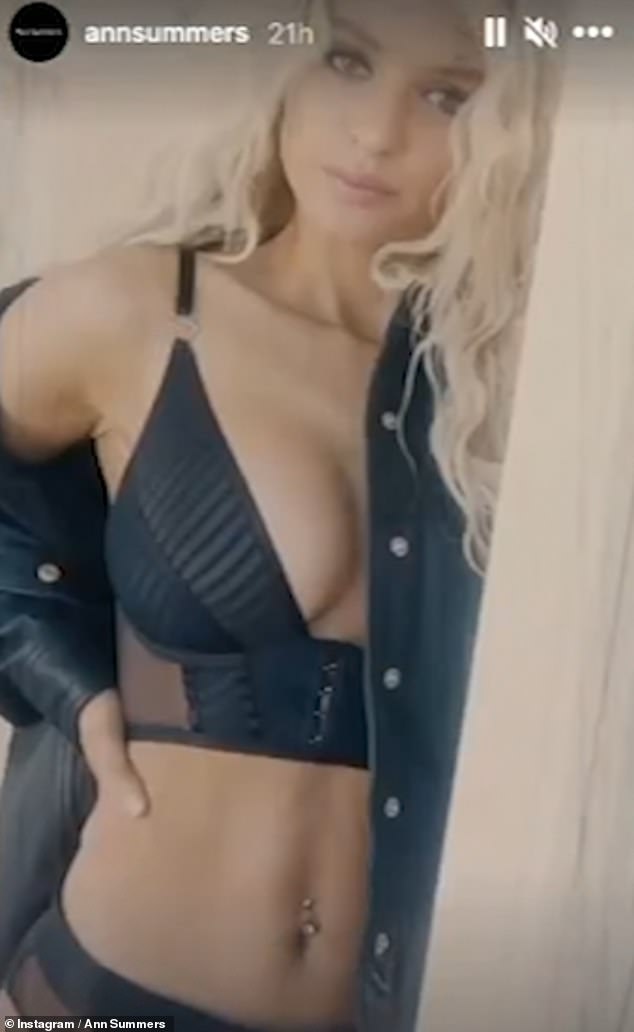 She said: ‘I fancied him when I first saw him walk into the villa. I saw him and was like ‘wow, he’s perfectly my type.’

‘I watched him the whole time he was on the show and I just thought he was perfect. He was such a lovely gentleman as well.

‘The day we first met we just knew it was meant to be which is really crazy when you meet someone at first.

‘He brings out the best in me because I haven’t stopped smiling since we met.’ ‘It has been so natural’: The Love Island star admitted she messaged Luke Mabbott, 25, directly after his split from Demi, 22, having watched him on his series of Love Island