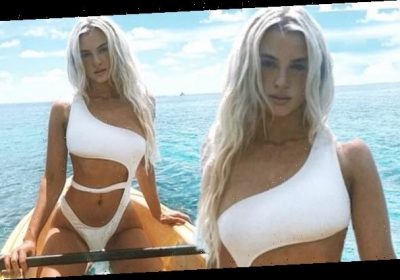 She shot to fame on the 2019 series of Love Island.

And Lucie Donlan was back in her swimwear as she posed for a tropical throwback snap, posted to her Instagram page on Tuesday.

The reality star, 23, sizzled in a white cut-out swimsuit as she posed on a kayak in an envy-inducing shot taken on her recent holiday to the Maldives. 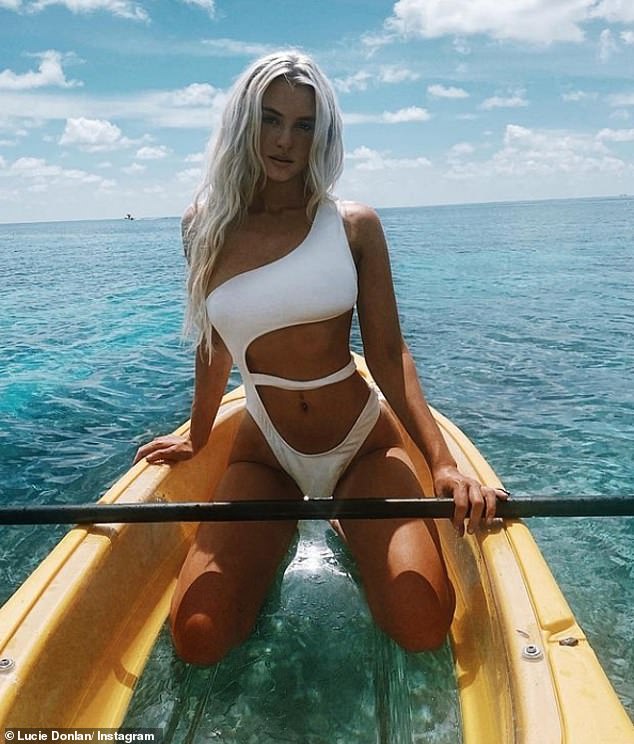 Beach babe: Love Island’s Lucie Donlan was back in her swimwear as she posed for a tropical throwback snap, posted to her Instagram page on Tuesday

The surfer and model’s long platinum locks fell in loose waves around her shoulders as miles of crystal clear water stretched out behind her.

Keen to stress that she hadn’t jetted off somewhere exotic during the pandemic, Lucie captioned her photo: ‘Meet me where the sky touches the sea. Disclaimer: #throwback.’

The TV personality is currently loved-up with fellow Love Island contestant Luke Mabbott, 25, and often shares steamy photos of herself and her beau getting close on social media.

Luke was a finalist on season six of the ITV dating show in January 2020 and has been with Lucie, who appeared on season five of the show in 2019, for eight months after going public last summer. 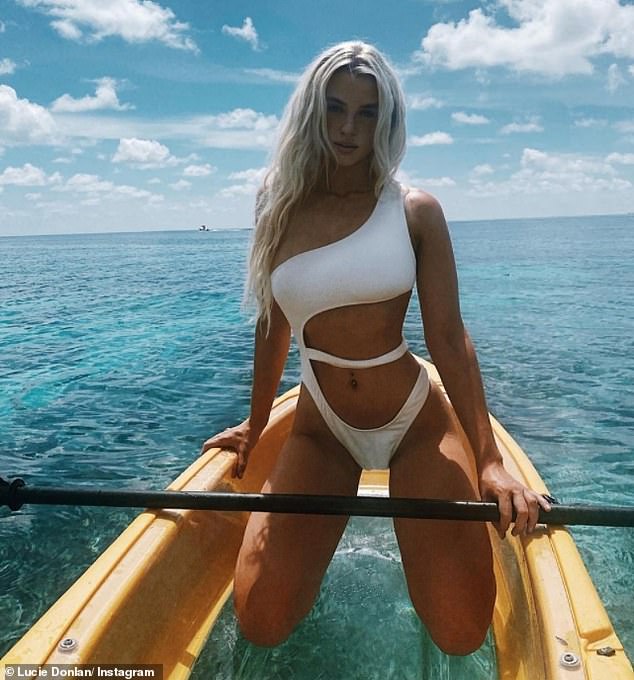 Beautiful: The reality star, 23, sizzled in a white cut-out swimsuit as she posed on a kayak in an envy-inducing shot taken on her recent holiday to the Maldives

In January, Lucie opened up about their relationship to MailOnline, revealing she asked Luke out as soon as he was single – insisting ‘you’ve got to go for what you want’ when it comes to finding The One.

The blonde beauty admitted she messaged Luke directly after his split from Demi Jones, 22, having watched him on his series of the ITV2 show.

Lucie explained she ‘fancied’ Luke the moment she saw him walk into the villa – but she’s relieved they met away from the cameras and on ‘their own terms.’

The Cornish surfer said: ‘I fancied him when I first saw him walk into the villa. I saw him and was like ‘wow, he’s perfectly my type.’ 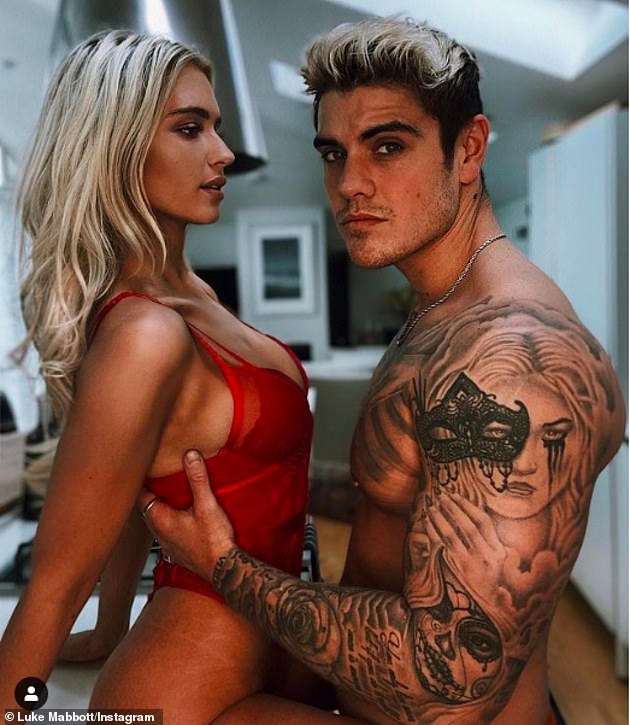 Happy couple: The TV personality is currently loved-up with fellow Love Island contestant Luke Mabbott, 25, who she has been dating for eight months

‘I watched him the whole time he was on the show and I just thought he was perfect. He was such a lovely gentleman as well.

‘The day we first met we just knew it was meant to be which is really crazy when you meet someone at first. He brings out the best in me because I haven’t stopped smiling since we met. 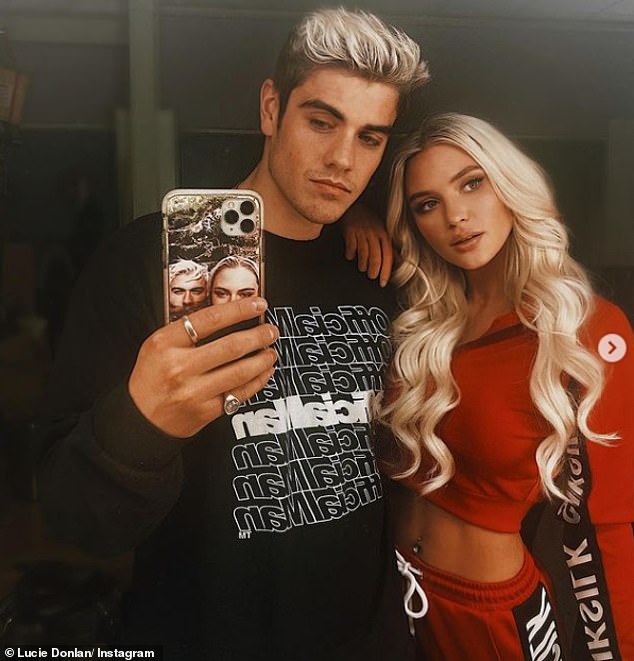 Loved-up: Luke was a finalist on season six of the ITV dating show in January 2020; he and Lucie went public with their romance in the summer of 2020

‘Even though we didn’t meet on the show, we have met from the show – we would have never met each other.

‘I am glad we weren’t on the same series, it has been so natural with Luke, we have been through the same experience but it’s much better we met outside the villa on our own terms. It’s been a really nice and peaceful way of doing things.’

Lucie has spoken frankly in the past about the body confidence battles she faced in her teenage years.

Posting a photo of herself as a teen, she wrote on Instagram: ‘I’ve never shared any photos from my teens because I’ve always been too embarrassed. I really struggling in my teens with my confidence as I was very insecure.’

Before going into the Love Island villa in 2019, Lucie lost two stone, going from a size 12 to a six – but she gained weight again while filming the show.

Now, after discovering she’s gluten intolerant, Lucie is able to maintain a healthy physique – and insists her new diet is the reason behind her slimmed down figure.

She said: ‘I have really worked on my fitness so I’m proud of my body and I love to show it off because I’m proud of what I’ve achieved.

‘Fitness has always been a big part of my life. I got into CrossFit when I was about 16 because when I was younger I did struggle with body confidence. I was conscious of my arms and I kept them covered a lot.

‘I would never have dreamed of being here now when I was younger. Wearing lingerie makes me feel so sexy and proud of everything I’ve worked for. In the villa I found out I’m gluten intolerant.

‘A lot of people say I look like I’ve lost a lot of weight or I look leaner but it’s actually because I am gluten intolerant and I have taken that out of my diet. I feel so much more fit and healthy now I have gluten free food.’ 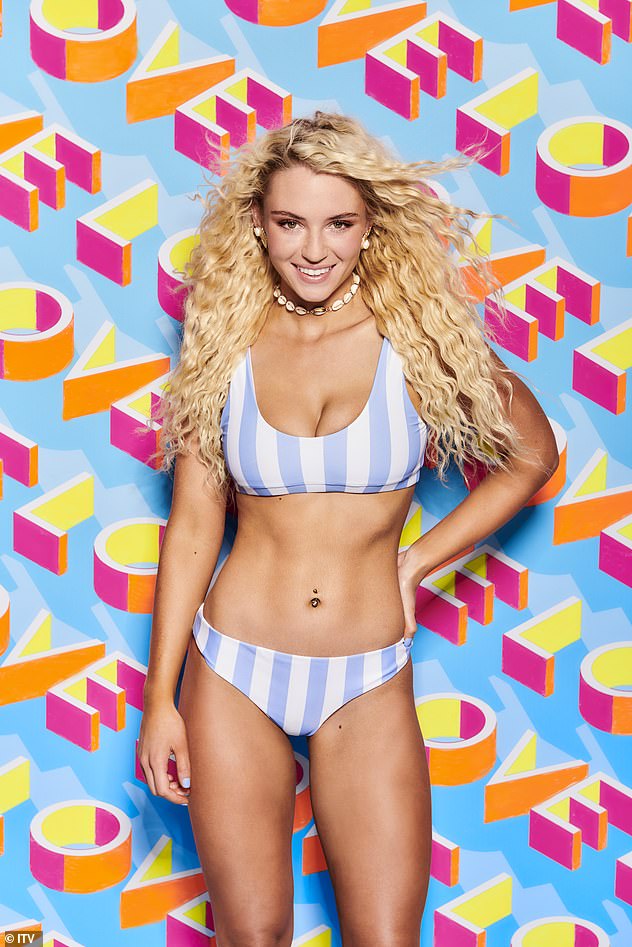 Confidence: Before going into the Love Island villa in 2019 (pictured), Lucie lost two stone, going from a size 12 to a six – but she gained weight again while filming the show