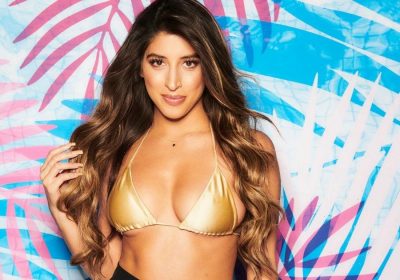 Despite a short stay at the Love Island villa, Shannon Singh has done well to maintain popularity after leaving the show and has since received a number of different offers for facial fillers.

Shannon took to Instagram to speak about the offers from cosmetic treatment firms on her story.

She said: “I can’t help but find it a tiny bit cheeky when I’ve got loads of like, filler places and all this rubbish in my DMs, like ‘do you want filler? Do you want facial augmentation? No!”

Shannon was dumped from the villa via text, after new arrival Chloe chose to couple up with her partner Aaron.

While viewers were hoping for a surprise return to the island via the Casa Amor segment of the show, Shannon was quick to shoot down the rumours as she made a return to social media.

Speaking to the Mirror following her departure, Shannon said she wanted to use her new platform to raise awareness about the dangers of social media towards teenagers.

She said: “I want to talk about social media and Instagram, everyone thinks social media is real life, it's not. I just really think it's… although I really love social media, I can't help but think it's getting more dangerous to younger people.

“If you're a teenager you should be out climbing trees, playing manhunt, egging people's windows – I used to do that."

With Shannon no longer in the villa, it hasn’t stopped her from having an opinion on the recent goings on inside.

After new islander Danny Bibby was introduced, a 2019 social media post surfaced where Danny had replied to a friend using the N-word.

Danny had apologised for the use of the word, but fans of the show were still angry about the incident, although ITV chose to keep Danny in the villa.

Shannon was upset at the choice to keep him on the show, speaking to Daily Star she said: “The interesting thing is that there is a tweet that went viral that said, 'The producers really kicked Shannon out in less than 24 hours for entertainment but can't kick out the man who used a racist slur, ok' and I think they have a point.

"Honestly I don't know what's going on with it this year."

For all your juicy updates on all things Love Island, sign up to our Factor 50 newsletter.

Love Island continues on Wednesday night at 9pm on ITV2 and ITV Hub. Episodes are available the following morning on BritBox.