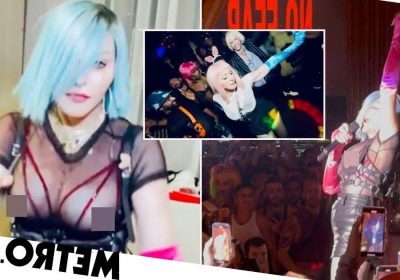 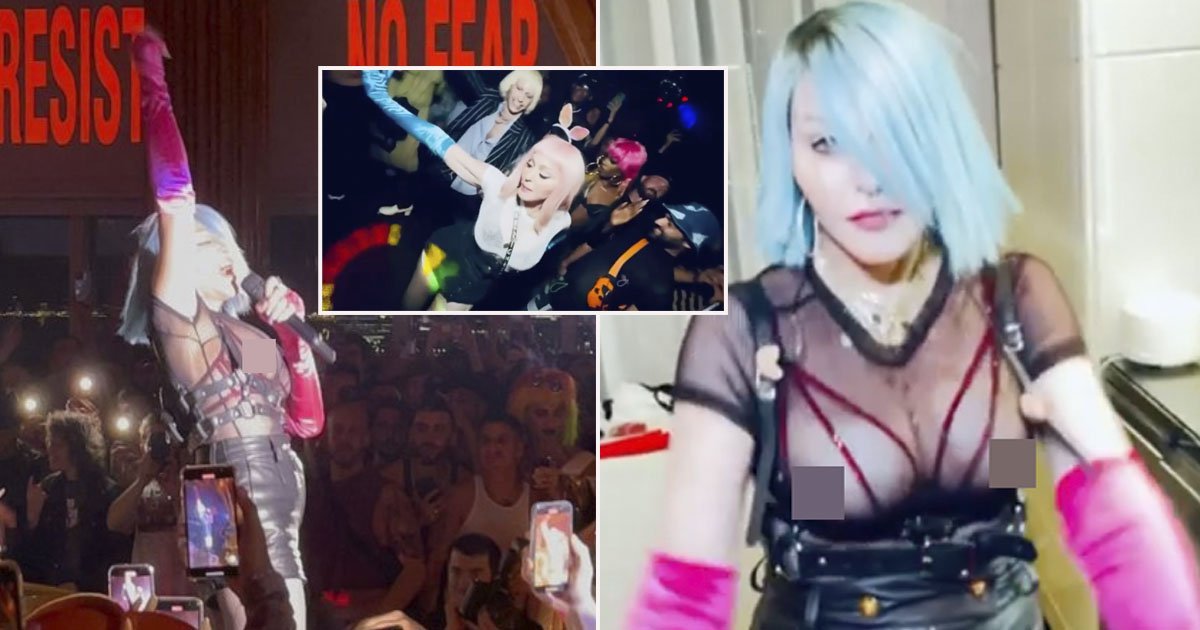 Madonna is never one for a dowdy stage outfit and her choice of costume for a surprise performance to kick off Pride weekend in New York was no exception.

The singer, 62, wore fishnet tights, leather shorts, a see-through mesh top and a body harness and paid homage to her iconic Material Girl video with a pair of pink satin gloves which reached her elbows.

She completed the fierce look with a blue wig cut into a sharp bob as she took to the stage at The Standard Hotel’s Boom Boom Room.

Fans were thrilled to see Madonna arrive for her surprise performance, and were photographed crowding around the star with their phones held aloft to capture the show.

In video footage shared from the night, Madonna was seen strutting around on the bar, even laying down and throwing her leg in the air at one point.

During her time on the makeshift stage, Madonna performed her 2005 hit Hung Up to the delight of the revellers in the bar.

Madonna’s daughter, Lourdes Leon, 24, was also in attendance to watch her mother, also choosing a striking combo of a black leather vest top with Playboy bunny heads on it, as well as pink chaps with a furry pink pair of knickers underneath.

Emily Ratajkowski and Andy Cohen were also among the stars in attendance at the event, which was to kick off Pride weekend in the city.

Madonna shared a video from the event, telling her followers: ‘Last Nights Party at Boom Boom to kick of Pride weekend was LEGENDARY………….. Thank you to everyone who made it possible!’

She also told the crowd, via Variety: ‘To not celebrate pride without people would have been a tragedy for me. Take nothing for granted because you never know what’s waiting for all of us around the corner. Learn to love yourself.’