Margot Robbie is set to share a steamy naked smooch with her co-star Finn Cole in their Depression-era romance Dreamland.

A scene from the Amazon Prime film shows the pair stripping naked for the intimate scenes, clearly struggling to hide their growing feelings for one another.

Margot takes on the role of a wounded bank robber who is found by the young Eugene Evans in a Texas town, with the teen soon becoming torn between his growing feelings for her and the huge bounty for her capture.

Racy: Margot Robbie is set to share a steamy naked smooch with her co-star Finn Cole in their Depression-era romance Dreamland

In a scene from the film, Finn’s character Eugene struggles to contain their feelings any longer as he joins Margot’s Allison Wells in the shower.

Moving in for a passionate kiss, the pair share a brief moment alone together while continually trying to escape the authorities.

Their steamy shower exchange seems to be far from the only moment of intimacy for the pair in the film, as a trailer showed the pair seemingly naked in a pond, as Allison tells him: ‘Do you know what the worst part about dying is? Being forgotten.’

Sexy: A scene from the film shows the pair kissing passionately during the intimate scenes, as Margot plays a criminal on the run who falls in love with small-town teen Eugene

Set in the Great Depression, the film sees Eugene decide to help Allison avoid the police and travel to Mexico, after going on the run for robbing a bank and killing five people.

Eugene struggles to hide his growing attraction to the beautiful fugitive, all the while unable to decide whether to hand her over and collect the bounty during a time of economic strife.

Eugene is seen telling a friend that, ‘some lady is gonna pay me $20,000 to get them to Mexico,’ adding, ‘Can you even imagine that much money?’ 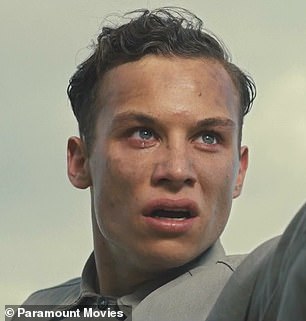 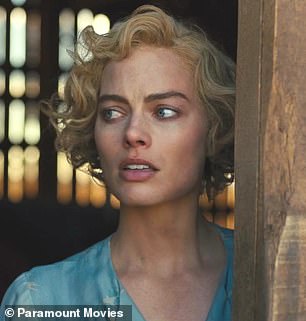 Dramatic: Dreamland sees Finn’s character Eugene (left) and Margot’s character Allison Wells (right) fall in love after he agrees to help her flee to Mexico during the Great Depression

Scared: Throughout the film Eugene is torn between his feelings for Allison and whether to hand her over to the authorities

Margot stars opposite British actor Finn, who is most known for his role as Michael Gray in Peaky Blinders.

The film also stars Travis Fimmel and Garrett Hedlund, and was directed by Miles Joris-Peyrafitte.

Filming for Dreamland originally took place back in 2017, and after the film premiered at the Tribeca Film Festival in April 2019, a US distributor wasn’t found until September this year.

Dreamland will be released in select cinemas on November 13, before debuting at home through Amazon Prime Video on November 17. 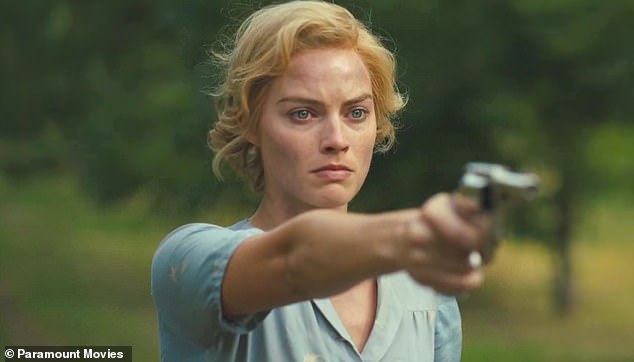 Out soon: Dreamland will be released in select cinemas on November 13, before debuting at home through Amazon Prime Video on November 17