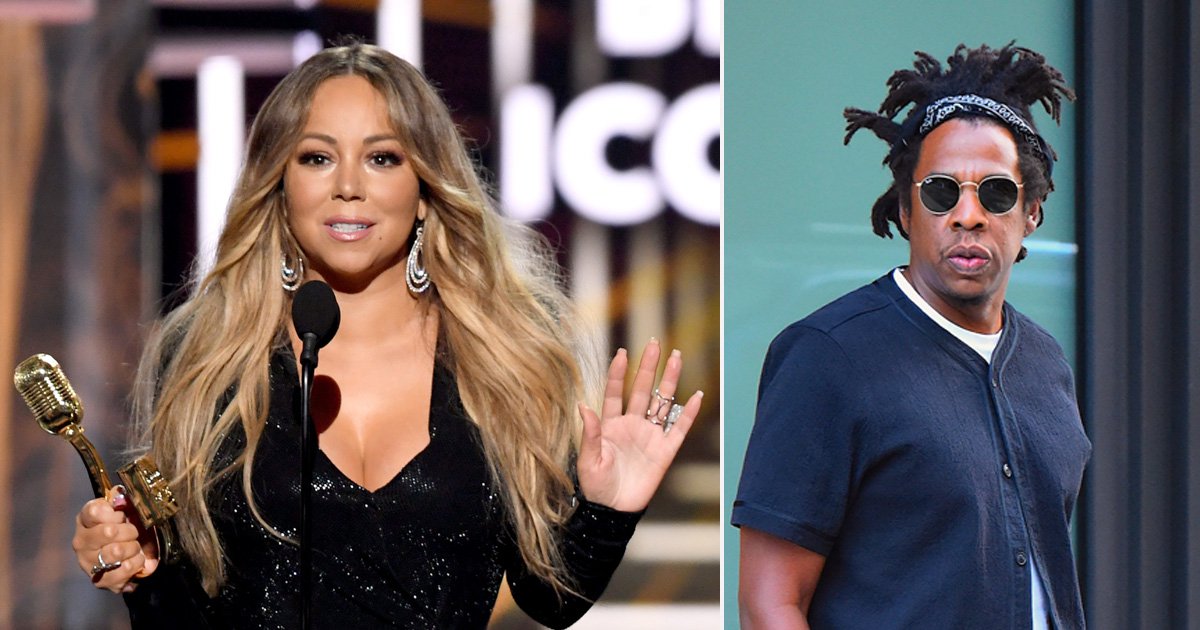 Mariah Carey only has one thing to say to all those claiming that she is feuding with Jay Z – ‘Poof! Vamoose, son of a b****’.

The iconic singer took to Instagram on Monday to clear up false reports about the reason why she is no longer managed by Jigga’s Roc Nation label following claims the pair had an ‘explosive’ row.

Considering the 51-year-old rarely comments on reports about her life and career, the Fantasy hitmaker ensured she set the record straight in her typically sassy style.

Posting a snippet of Jay Z’s verse on the remix of her hit single, Heartbreaker, the music icon made it clear it’s all love between herself and Hov.

‘The only “explosive” situation I’d ever “get into” with Hov is a creative tangent, such as our #1 song “Heartbreaker”!!,’ she captioned the clip. ‘To the people who make up these lies I say “Poof! —Vamoose, sonofa*****!”‘

The only “explosive” situation I’d ever “get into” with Hov is a creative tangent, such as our #1 song “Heartbreaker”!! To the people who make up these lies I say “Poof! âVamoose, sonofa*****”! pic.twitter.com/v8TGNuOAnZ

Over the weekend, reports claimed that the pair parted ways after a ‘blazing row’, however sources told Metro.co.uk that the departure was ‘amicable’.

The pair are on ‘great terms’ while Mariah is now represented by Range where her former Roc Nation manager is a Managing Partner.

In 2017, the We Belong Together singer signed with Roc Nation, which Jay founded in 2008.

Mariah has had a hugely successful year, releasing her memoir last year, and finally landing a UK number one over the festive period with All I Want For Christmas Is You.

If you’ve got a celebrity story, video or pictures get in touch with the Metro.co.uk entertainment team by emailing us [email protected]metro.co.uk, calling 020 3615 2145 or by visiting our Submit Stuff page – we’d love to hear from you.

For more stories like this, check our entertainment page.

Follow Metro.co.uk Entertainment on Twitter and Facebook for the latest celeb and entertainment updates. You can now also get Metro.co.uk articles sent straight to your device. Sign up for our daily push alerts here.