Color him surprised. Matt Lauer did not expect Ann Curry to speak out about the sexual harassment allegations made against him, a source tells Us Weekly exclusively.

“Matt was genuinely surprised Ann spoke to The Washington Post on the record stating she had gone to management at NBC while [they] both were anchors of Today and made a complaint on behalf of someone that he had been sexually harassing the staff member,” the insider tells Us. “No one ever spoke to Matt about it at the time, and the executive producer at the time, Jim Bell, was also unaware of the very serious allegation Ann was making against Matt.” 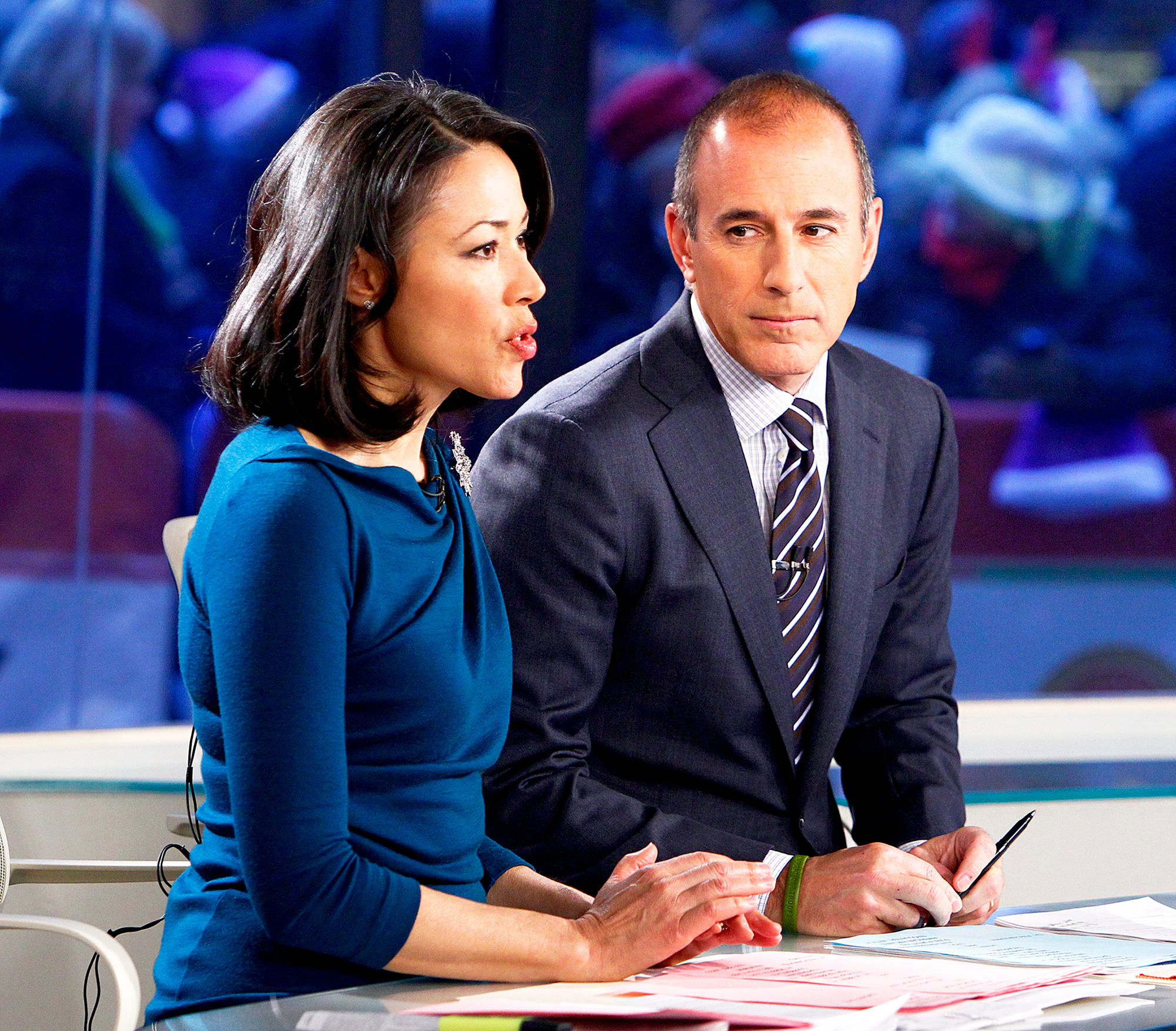 The veteran journalist, 60, is not happy his former Today cohost shared a story alleging she reported Lauer for sexual harassment on behalf of a female colleague in 2012: “Matt has been laying low for a reason, and just when he thought the worst was behind him, this story comes out with Ann on the record. It’s very frustrating for Matt because of the impact it’s taking on his kids. He is working through a very contentious divorce with Annette [Roque].”

Despite the mounting accusations, Lauer still denies wrongdoing, according to the insider. “Matt freely admits that he was a very bad husband and cheated on Annette. However, he maintains that there was absolutely no sexual harassment or unwanted sexual advances on his behalf. These were consensual relationships,” the source reveals.

Curry, 61, told The Washington Post in an article published on Thursday, April 26, that an unnamed NBC staffer confided in her about being “sexually harassed physically” by Lauer. The journalist said she reported the allegations to NBC’s management team. “A woman approached me and asked me tearfully if I could help her. She was afraid of losing her job … I believed her,” she explained.

The We’ll Meet Again host said she mentioned Lauer by name in her complaint: “I told management they had a problem and they needed to keep an eye on him and how he deals with women.”

An NBC spokesman told The Washington Post there is no record of Curry’s complaint and it was not noted in Lauer’s personnel file. NBC News and the Today show are both under different management since Curry’s time on the programs.

With reporting by Jennifer Heger