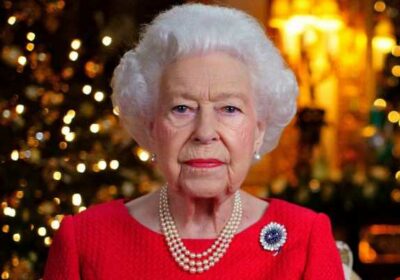 A number of companies have decided not to open their businesses out of respect for Queen Elizabeth when a state funeral is held for the late monarch on Monday.

AceShowbiz -McDonald’s announces it will shut all of its restaurants on Monday (19.09.22) in a mark of respect for Queen Elizabeth. All of its 1,270 branches across the UK will be closed for most of the day to mark the late monarch’s funeral, which is set to take place at 11am on Monday, the fast-food chain has confirmed.

“In honour of Her Majesty Queen Elizabeth II and to enable everyone at McDonald’s to pay their respects, our restaurants across the UK will be closed from midnight until 5pm on Monday, September 19,” the company said in a statement shared on social media.

The decision means the company’s workforce will have the day off to mourn the passing of the queen, who died on Thursday (08.09.22), aged 96. McDonald’s added, “Operating hours and services may vary after 5pm, so please check our app before travelling.”

Meanwhile, the company has also offered some clarification when it comes to deliveries, saying they “won’t be available until after 5pm.” McDonald’s said, “Rest assured they’ll be aiming to make deliveries as soon as possible.”

What’s more, the company confirmed that staff won’t be missing out financially, adding, “All company-owned restaurant employees will be paid for their scheduled hours.”

A number of other businesses have also made the decision to close, including supermarkets and other high street shops. Waitrose, Sainsbury’s, Aldi and Homebase will be shut, as well the likes of John Lewis and Primark.

Westminster Hall is set to open for mourners at 3pm on Wednesday (14.09.22), with the queen’s son King Charles set to follow the coffin on foot, joined by her grandsons Prince William and Prince Harry. Thousands of mourners have lined up in London for the opportunity to pay their respects, with a wait time of up to 30 hours.