Megan Barton Hanson has thrown her support behind Chloe Ferry after the reality TV star accused her ex-boyfriend Sam Gowland of sleeping with Amber Davies.

Taking to Instagram Stories the Love Island star appeared to take a swipe at Amber by celebrating that a ‘snakey b***h’ had been exposed.’ 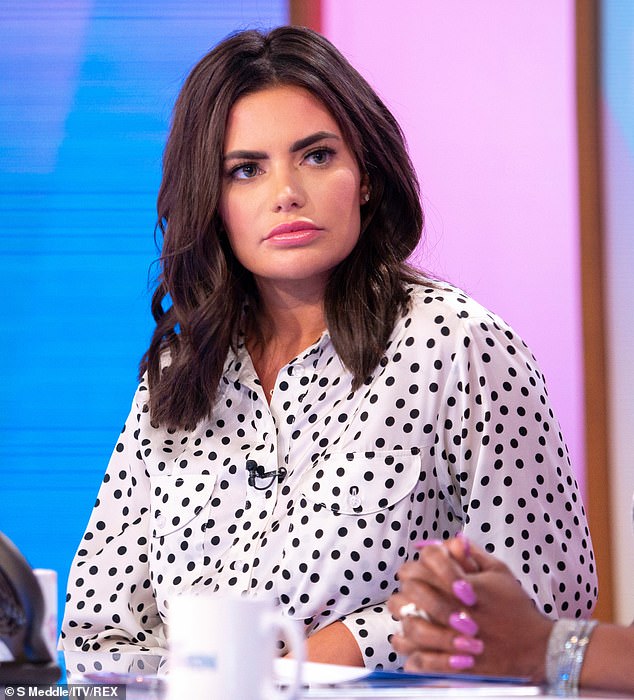 Fuming: Megan Barton Hanson has thrown her support behind Chloe Ferry after the reality TV star accused her ex-boyfriend Sam Gowland of sleeping with Amber Davies 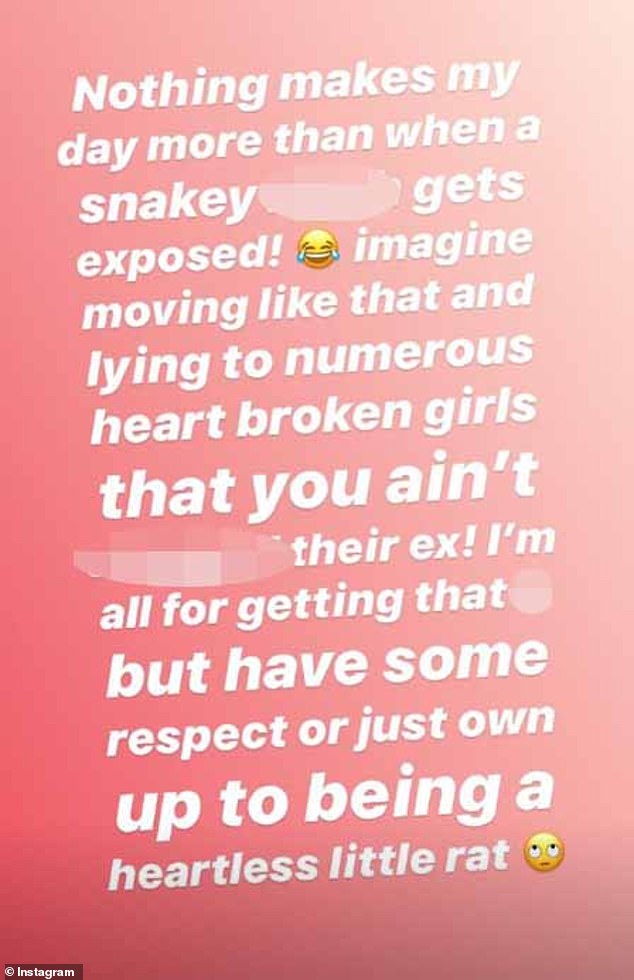 Irate: Taking to Instagram Stories the Love Island star appeared to take a swipe at Amber by celebrating that a ‘snakey b***h’ had been exposed’

In her post Megan wrote: ‘The cryptic post read: ‘Nothing makes my day more than when a snakey b***h gets exposed!

‘Imagine moving like that and lying the numerous heartbroken girls that you ain’t s****d their ex!

‘I’m all for getting that D but have some respect or just own up to being a heartless little rat.’

While Megan did not directly reference Amber or Sam in her post, it appeared that she was throwing support behind Chloe, who also shared the post. 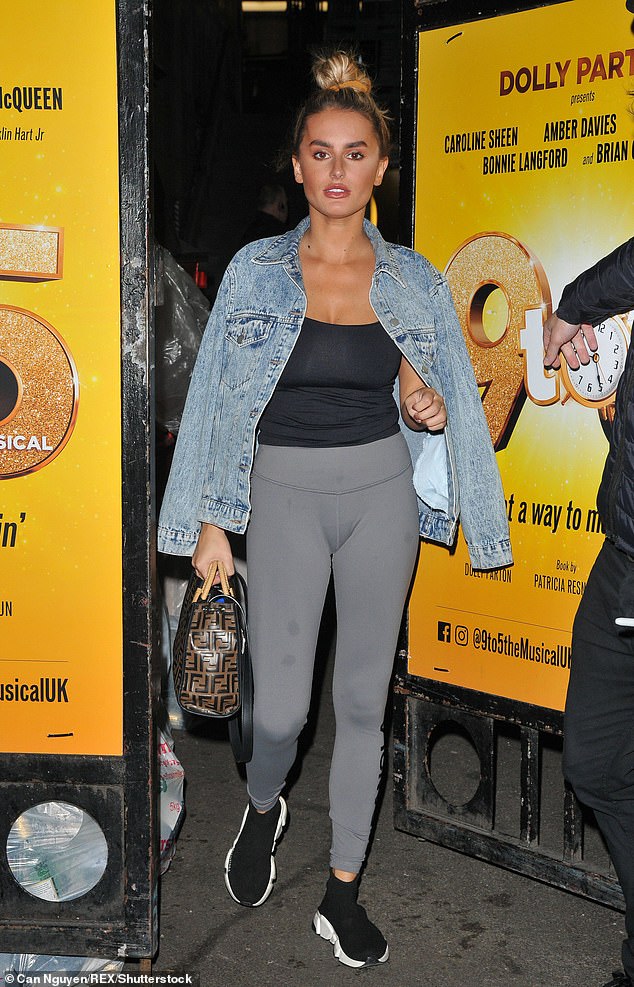 Sexy: Megan’s dig came after it was reported in March that Amber (above) had been ‘sexting’ Megan’s ex-boyfriend Wes Nelson

The star’s response also hinted at previous claims that Wes had been ‘sexting’ Amber Davies, which first surfaced in March.

According to The Daily Star, Megan called her ex a ‘scumbag’ after Amber divulged on Capital FM she was getting messages ‘too rude for radio’ from a Love Island hunk this week.

While Amber didn’t reveal the identity of her sexually-explicit texter, Megan was told by a close pal it was the Welsh beauty, the publication also claimed. 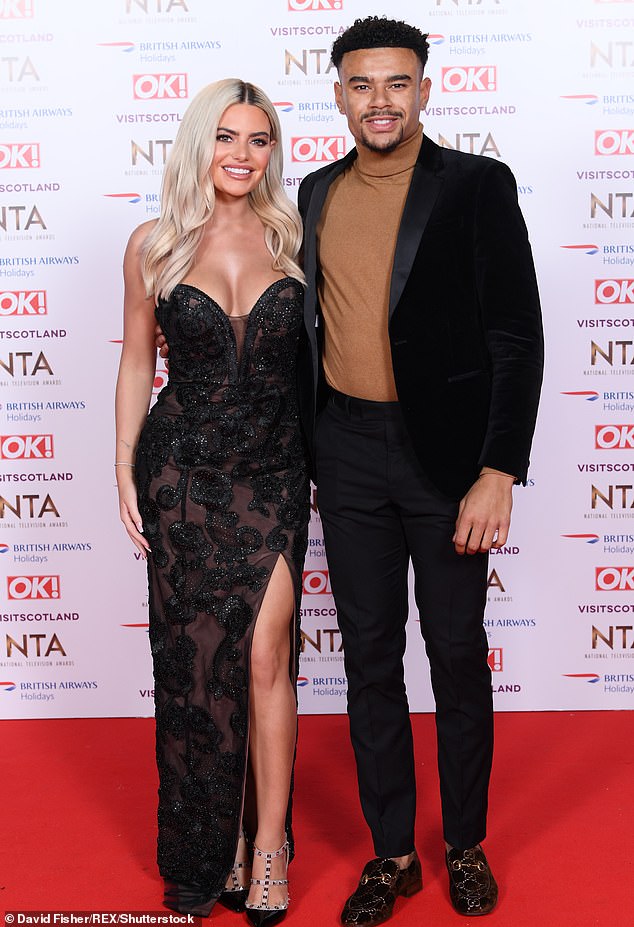 Upset: Wes – who split from Megan – in January had reportedly been trying to win her back whilst exchanging the messages that Amber branded ‘too rude for the radio’

According to a make-up artist, Megan said: ‘He’s so calculating. He’s been crying about me on telly on Sunday, and the next minute ‘sexting’ Amber.’

According to the publication, Wes also spent a previous evening at Megan’s to celebrate her 25th birthday, ‘begging her back’ and revealing plans to ‘whisk her away to Marrakesh, Morocco’ before sexting Amber messages ‘too rude for radio’.

Megan and Wes split in January following an ‘online spat’ with his Dancing On Ice partner Vanessa Bauer.

The former stripper had grown concerned about their close relationship on the show, and following their split further rumours surfaced that the skating pair did have a fling in the early weeks of the show. 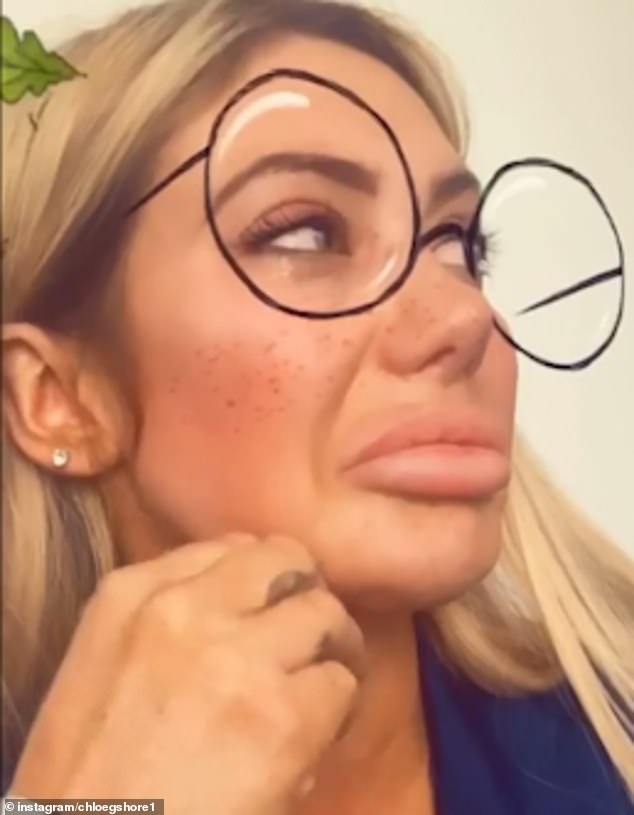 Distraught: Megan’s post came after Chloe took to Instagram Stories in a tearful state to where accused ex-boyfriend Sam of cheating on her 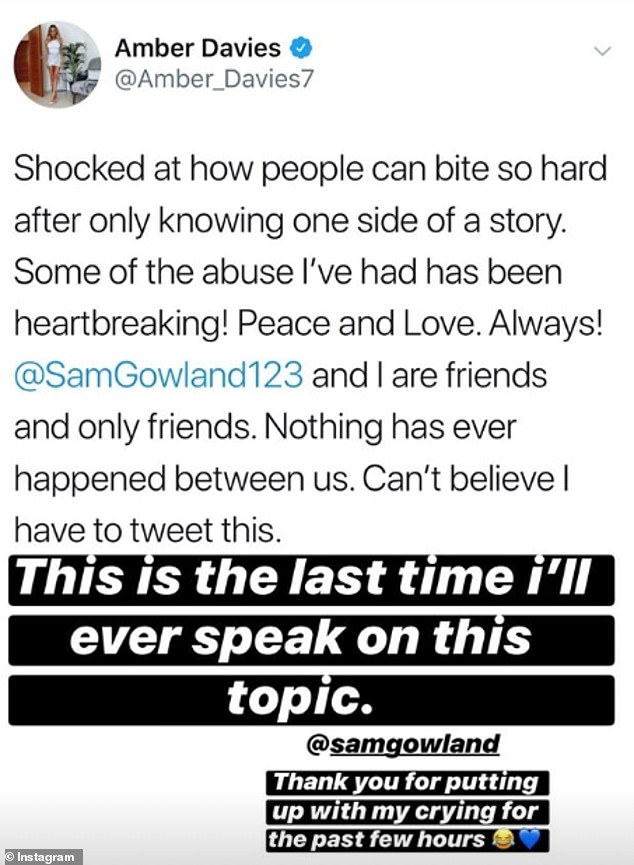 NO! Amber has since denied Chloe’s other claims that she slept with Sam, and insisted they were ‘only friends’ 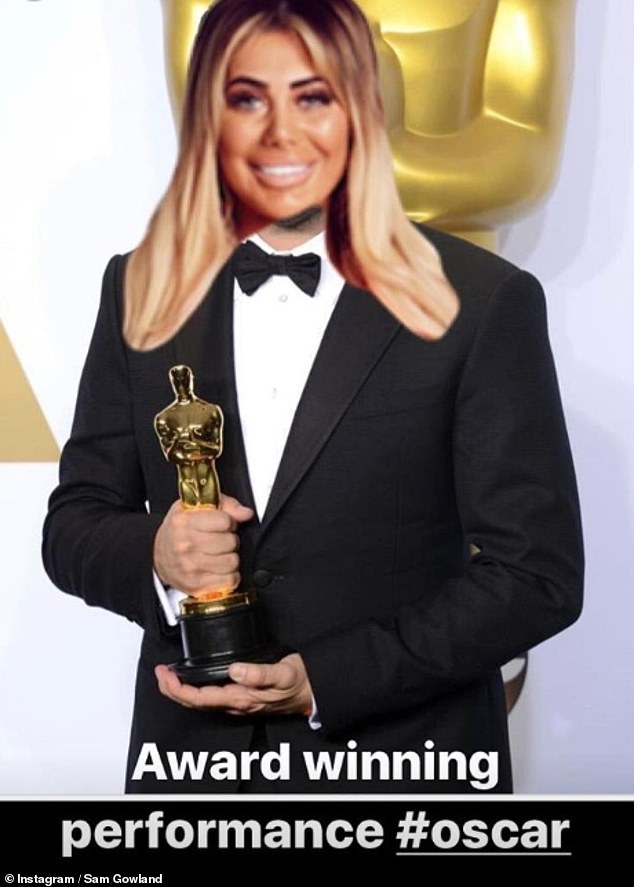 Irate: Soon after Chloe’s original post, Sam also appeared to hit back at his ex with a tongue-in-cheek post

It came after Chloe took to Instagram Stories to tearfully accuse Sam of cheating on her, as she discovered secret messages he sent to another girl.

The Geordie Shore star also accused her ex of sleeping with Amber, but the Welsh star has since taken to social media to deny the claims.

She wrote: ‘Shocked at how people can bit so hard after only knowing one side of a story.

‘Some of the abuse I’ve had has been heartbreaking! Peace and Love. Always! @SamGowland123 and I are friends and only friends. Nothing has ever happened between us. Can’t believe I have to tweet this.’

The West End star then re-posted the message to Instagram Stories with the caption: ‘This is the last time I’ll ever speak on this topic. @samgowland Thank You for putting up with my crying for the past few hours.’ 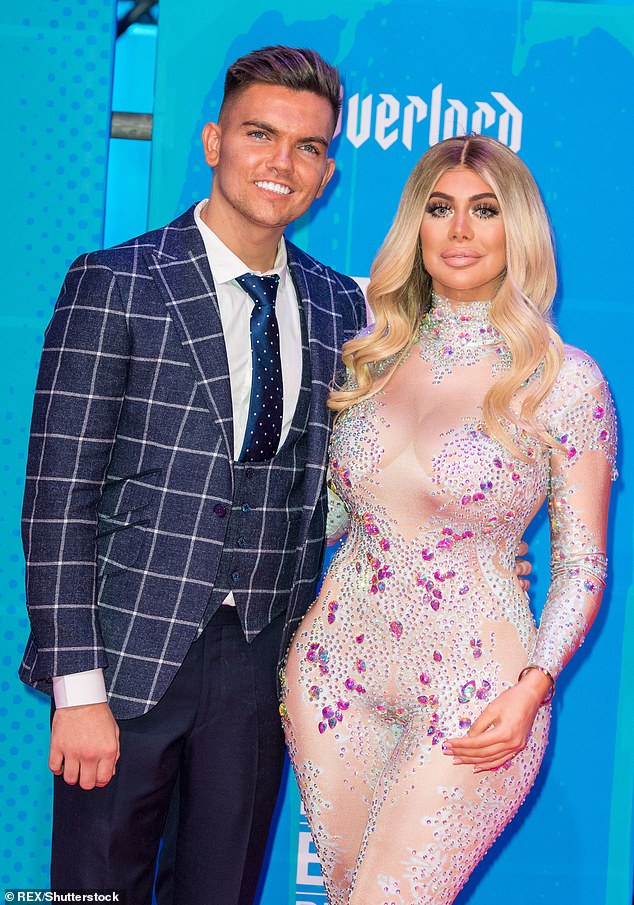 Former flame: Chloe – who split from Sam over the summer – said she discovered secret messages between the star and another girl