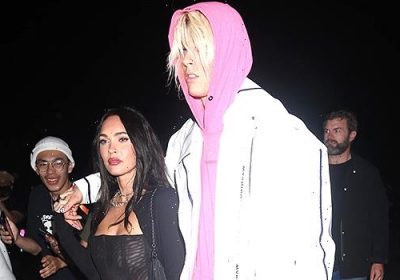 Megan Fox and Machine Gun Kelly cut a cool figure when they were seen leaving the Six Flags Magic Mountain theme park with their arms wrapped around each other.

Megan Fox, 35, and Machine Gun Kelly, 31, looked ultra cool when they were photographed leaving a California theme park. The couple had their arms wrapped around each other as they left Six Flags Magic Mountain on June 29, and Megan totally stunned in a black corset-style top, which she paired with black pants, a dark jacket, and chunky military boots. The raven-haired beauty also accessorized with a purse, as she styled her tresses in her iconic loose waves. 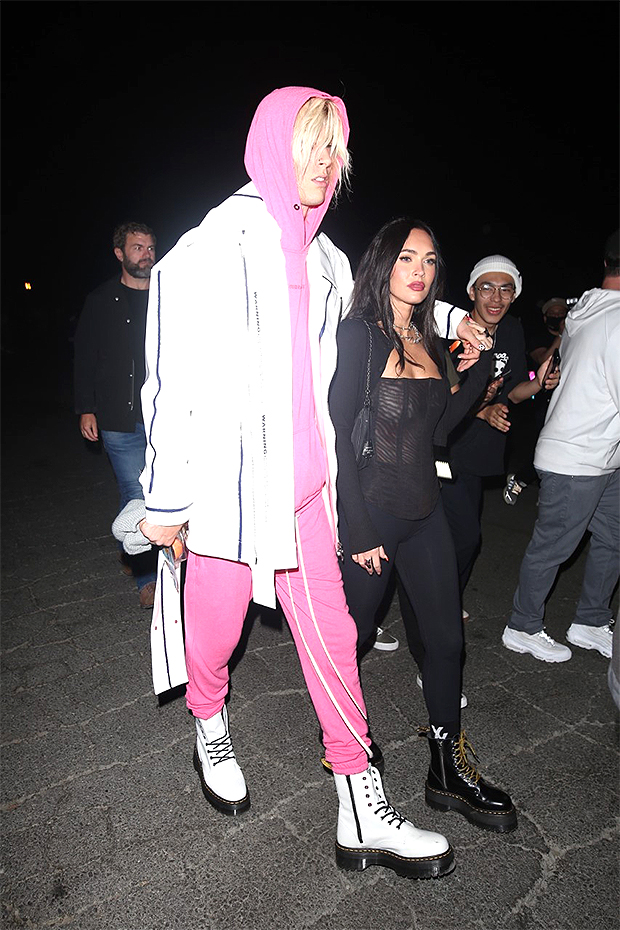 Her beau opted for a more colorful ‘fit, rocking a bright pink tracksuit featuring a hoodie and sweatpants. The rocker also donned a white jacket and covered up his platinum blonde locks by wearing his hood up. MGK, born Colson Baker, also rocked large military-style boots, in a white shade. It seems the loved-up duo really love theme parks, as Megan visited the happiest place on earth just a couple of weeks prior!

She shared a photo on her Instagram page on June 13, posing in front of the Sleeping Beauty Castle at the California theme park. The Transformers alum wore a pink sweater with pretty, flower detailing and completed the look with a pair of Minnie Mouse Donut Ears. Although it wasn’t clear from the pic, fans suggested she visited the park with her kids Noah, 8, Bodhi, 7 and Journey, 4, whom she shares with her ex-husband Brian Austin Green, 47. 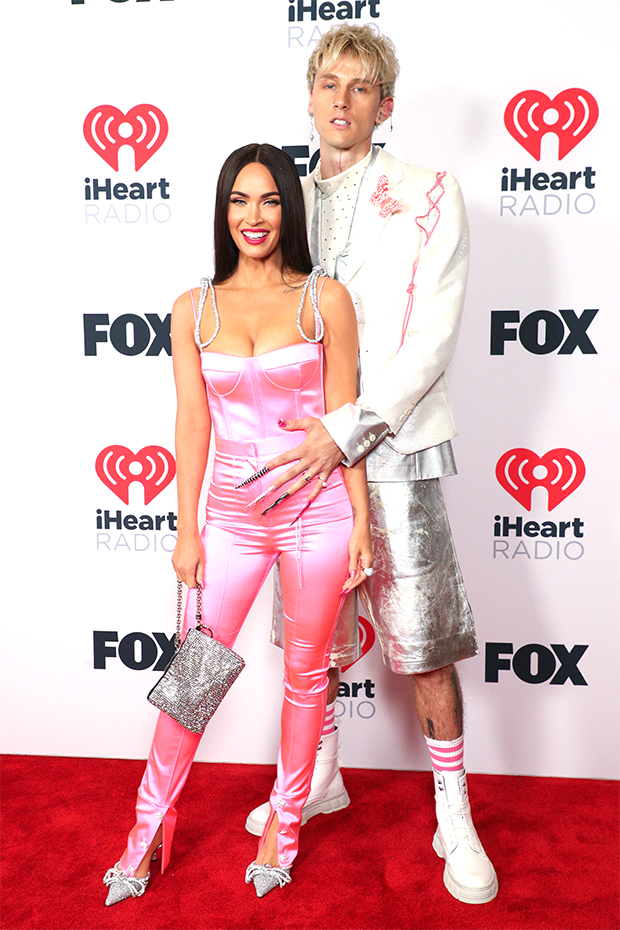 Megan’s new man also has an 11-year-old daughter, Casie Colson, whom he shares with his former girlfriend, Emma Colson. When he isn’t spending time with his mini-me daughter, MGK is putting on a loved-up display with Megan, who he’s now been dating for over a year. “She said ‘I love you’ one year ago today,” MGK tweeted in the late hours on May 25, commemorating the anniversary of when the Transformers alum dropped the L-bomb. One year later, things are going strong, and MGK made sure to celebrate the anniversary of Megan saying those three words. Their whirlwind relationship began when they met on the set of Randall Emmett‘s crime thriller, Midnight In The Switchgrass.