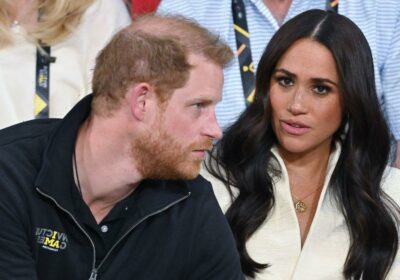 Meghan Markle and Prince Harry have landed back in the UK after reportedly “flying commercial” from the US.

The Duke and Duchess of Sussex arrived on 3 September, according to reports, making their first return since their appearance at the Queen's Platinum Jubilee in June.

It’s been reported that Meghan and Harry appeared to be without their children Archie and Lillibet, although it’s unknown whether they have joined them on the trip.

It was confirmed last month that the couple would be returning, with a spokesperson at the time saying: "Prince Harry and Meghan, the Duke and Duchess of Sussex, are delighted to visit with several charities close to their hearts in early September."

Harry, 37, and Meghan, 41, are set to appear at events in London and Manchester, and will also visit to Germany to mark the one year countdown to the Invictus Games.

It’s believed there are no plans to see the Cambridges, despite being minutes away.

It’s not known if they will visit the Queen in Balmoral, who has remained there amid "health and mobility" concerns.

However, The Mail On Sunday has claimed it is "too embarrassing" for the couple to see the Queen after making claims against the Royal Family.

The paper's editor at large Charlotte Griffiths said: "I think they've got themselves into a position where it's going too difficult to visit her.”

Speaking to Palace Confidential, she continued: “It's too embarrassing for them. There will be a hostile reception.

"Everyone will be on their guarded duty.

"I think they've got themselves into a position where this could be their last chance, I hope it's not, to visit the Queen in Balmoral and they might have lost it because of their own publicity."

It comes after Meghan said has made "an active effort" to forgive the Royal Family amid the rift in their relationship.

In her first magazine interview since she and Harry quit the family and moved to California, Meghan spoke about their life in Montecito, their two children and her time as a working royal.

The former Suits actress also revealed she's never signed anything that prevents her from speaking about her time in the Royal Family, but has chosen not to as she is "still healing".

Meghan touched on the possibility of forgiveness between her and her royal in-laws and her own family.

She told The Cut : "I think forgiveness is really important. It takes a lot more energy to not forgive.

"But it takes a lot of effort to forgive. I’ve really made an active effort, especially knowing that I can say anything."

Meghan added: "I have a lot to say until I don’t… Sometimes, as they say, the silent part is still part of the song."