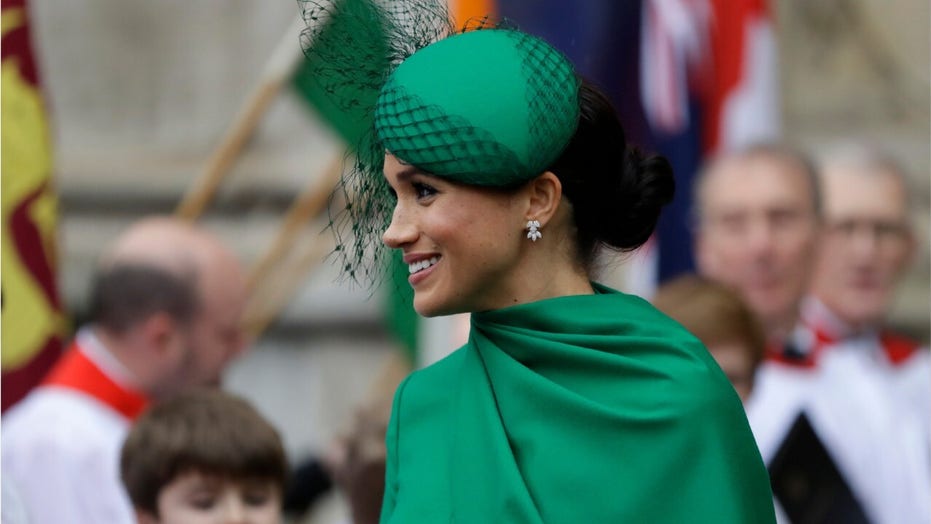 Meghan Markle and Prince Harry are gearing up to make their mark in Hollywood.

On Tuesday, sources told Variety that the Duke and Duchess of Sussex have reportedly been “quietly shopping an idea for a project around town.”

While the concept is still unknown, the couple reportedly took meetings in June and want to serve as joint producers.

The outlet noted that while the idea has been pitched to numerous media companies, the 39-year-old former American actress and the 35-year-old British prince shopped their concept to NBCUniversal. Bonnie Hammer, the chairman of NBCUniversal Content Studios, knew Markle from her years as an actress on “Suits.”

Both NBCUniversal and representatives for the couple declined to comment when contacted by Variety. However, a source close to the pair insisted that Markle “has absolutely no plans to act.”

Meghan Markle was a Hollywood actress before she became a member of the British royal family.
(Photo by Lars Niki/Corbis via Getty Images)

Markle’s first job since her return to Hollywood was as a narrator for “Elephant,” a Disney+ docuseries that premiered in April. The film benefits Elephants Without Borders, an organization that protects elephants living in Botswana. That gig came after Markle was spotted chatting with Disney chairman Bob Iger at the London premiere of “The Lion King” last summer.

A rep from the studio also declined to comment on whether Disney executives spoke to Markle or Harry for their newest idea.

In 2019, Harry announced that he was teaming up with Oprah Winfrey for an Apple TV+ docuseries focusing on mental health. Most recently, he made an appearance in a trailer for Netflix’s upcoming documentary, titled “Rising Phoenix,” about the Paralympic Games. That movie launches later this month.

According to the outlet, it is unknown if Markle and Harry met with Apple or Netflix to pitch their project.

The couple currently resides in Markle’s native California with their son Archie. 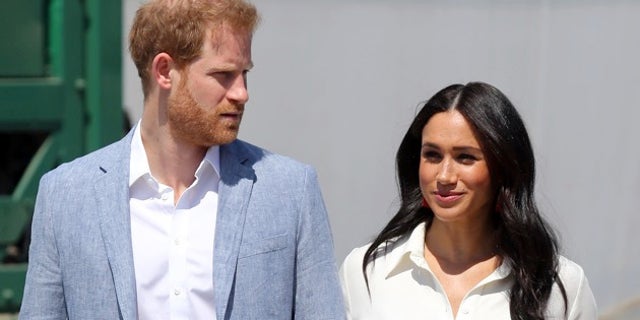 Prince Harry, Duke of Sussex and Meghan, Duchess of Sussex visit a township to learn about Youth Employment Services on October 02, 2019, in Johannesburg, South Africa.
(Photo by Chris Jackson/Getty Images)

In January, the couple announced they will take “a step back” as senior members of the royal family and instead work independently, splitting their time between the United Kingdom and North America.

The Duke and Duchess of Sussex said their decision came "after many months of reflection and internal discussions."

"We have chosen to make a transition this year in starting to carve out a progressive new role within this institution," the duo shared on Instagram. “We intend to step back as ‘senior’ members of the Royal Family and work to become financially independent, while continuing to fully support Her Majesty The Queen. It is with your encouragement, particularly over the last few years, that we feel prepared to make this adjustment.

"We now plan to balance our time between the United Kingdom and North America, continuing to honor our duty to The Queen, the Commonwealth, and our patronages," they continued. "This geographic balance will enable us to raise our son with an appreciation for the royal tradition into which he was born, while also providing our family with the space to focus on the next chapter, including the launch of our new charitable entity."

Prince Harry and Meghan, the Duke and Duchess of Sussex arrive at the annual Endeavour Fund Awards in London on March 5, 2020.
(AP Photo/Kirsty Wigglesworth)

The couple added they will continue to work with the reigning monarch, 94, as well as Harry’s father Prince Charles and older brother Prince William.

"We look forward to sharing the full details of this exciting next step in due course, as we continue to collaborate with Her Majesty The Queen, The Prince of Wales, The Duke of Cambridge and all relevant parties. Until then, please accept our deepest thanks for your continued support."

They will keep their royal titles.