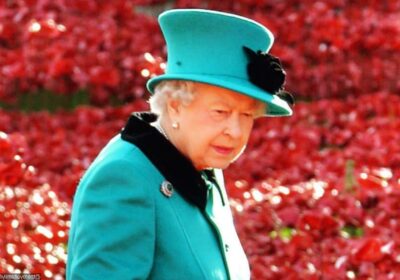 Metropolitan Police Deputy Assistant Commissioner says they are working with colleagues in the military to ensure ‘a safe and secure environment’ at the state funeral.

AceShowbiz -Queen Elizabeth’s funeral will be the “largest operation in history” for the Met police. The late monarch, who died at the age of 96 following a 70-year-reign on September 8, is set to be laid to rest in a state funeral on Monday, September 19, at Westminster Abbey but police have warned that because the event will attract hundreds of thousands of mourners across the streets of London, they will have to undertake massive security precautions to ensure a “safe environment.”

In a statement, Stuart Cundy, Metropolitan Police Deputy Assistant Commissioner said, “So this is the single largest protection operation that the Met Police has ever undertaken. We will have hundreds of world leaders and other senior figures here in London on Monday. We all are well versed with working with and engaging with leaders and their support teams from across the world. And that’s what we will be doing next week to ensure this is a safe and secure environment so people can remember the Queen, both at the state funeral and as the Queen leaves London and heads to Windsor.”

The statement went on to explain that the Met officers are working with colleagues in the military as the funeral is reportedly expected to match the enormity of other historical events, such as the funeral of former Prime Minister Winston Churchill in 1965 and the funeral of Diana, Princess of Wales in 1997.

It continued, “We work closely with colleagues in the military from the government and many other organizations. And first and foremost, the priority for us, the Met Police, is to ensure that this is a safe and secure environment for people to attend the state funeral and for members of the public to pay their respects to remember the Queen.”

The funeral of Queen Elizabeth will take place at Westminster Abbey in London at 11 A.M. on Monday, September 19, with a committal service taking place at St George’s Chapel, Windsor at 4 P.M. and she will then be buried with her late husband, the Duke of Edinburgh, who passed away in April 2021 aged 99, in a private ceremony at 7.30 P.M.