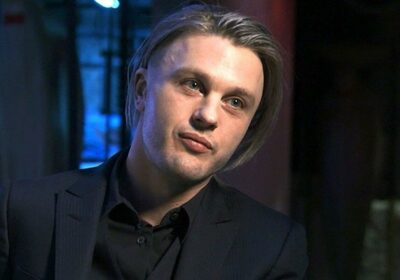 The ‘Broadwalk Empire’ actor allegedly had to be restrained and wheeled off to a medical facility after he was taken into police custody in New York City.

AceShowbiz –Michael Pitt was detained and restrained by police before being wheeled off to a medical facility last week. 911 received a call alerting them to a male who was pelting objects at passersby in New York City, according to TMZ.

The troubled actor reportedly was not in the right mental state to be charged and was hospitalized instead after he was taken into custody on Friday (09.09.22).

Just two months ago, the “Boardwalk Empire” star was arrested for assault and petty larceny at the same spot of Bushwick, Brooklyn, after he allegedly swiped a man’s phone out of his hand and punched his head in.

Back in 2014, Pitt had another brush with the law after he allegedly took a car from a commercial set with no consent. The 41-year-old actor-and-model was shooting with the clothing brand Rag and Bone in the Big Apple when he took the vintage motor for a spin with the director of photography. The owner of the vehicle got in touch with the police to raise his concerns about the missing car.

A source said at the time, “Pitt was gone for about 20 minutes and didn’t answer his phone. He didn’t have a driver’s licence with him. The owner freaked out and told the NYPD officer doing traffic control on set.”

The car was returned and no charges were filed, however, it was reported to the New York Mayor’s Office.