Miranda Hart woke up face-to-face with a wild fox after sleeping in her kitchen, she revealed on Wednesday.

The actress, 47, told fans on Twitter she had been suffering like most Brits in the heatwave that has hit the UK this week, which saw temperatures reach 20C overnight in London on Tuesday evening.

She came up with the ingenious idea of getting some rest on her kitchen floor so she could open up the doors leading to her garden to let some fresh air into her home, but got quite the surprise when she woke up to find a fox in the room. 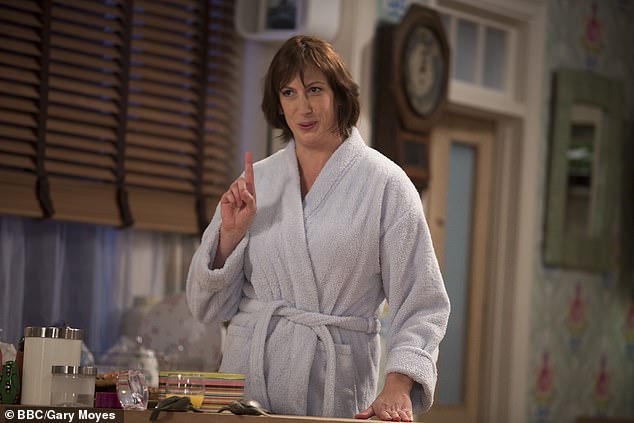 Shock: Miranda Hart revealed on Wednesday that she came face-to-face with a FOX after leaving her doors open when she slept in her kitchen to combat the British heatwave

Detailing the unexpected encounter with the urban scavenger on Twitter, Miranda – who lives in west London – posted: ‘In other news… I slept on the kitchen floor (my bedroom is a very HOT room – not in a good way).

‘I had the doors to the garden open. At one point before dawn, this happened – I WOKE UP TO FIND MYSELF FACE TO FACE WITH A FOX… (sic)’

Miranda admitted the incident was the type of mishap her namesake in the BBC sitcom Miranda might find herself in.

Teasing that she could imagine it making a great comedic moment in the series, she added: ‘I may have to do more Miranda to do that scene.’

Incident: Detailing the unexpected encounter with the urban scavenger on Twitter, Miranda wrote that she had kept her kitchen doors open to help battle the heat 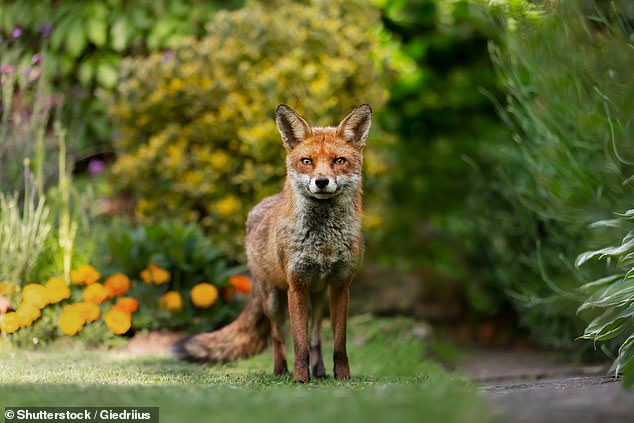 Unexpected visitor: Miranda came up with the ingenious idea of getting some rest on her cool kitchen floor, but got quite the surprise when she woke up to find a fox with her (stock photo)

Miranda ran for three series from 2009 to 2015 on the BBC and featured the clumsy joke shop owner getting involved in various mishaps and accidents.

In July Miranda entertained her followers by sharing a rap she had written about putting on weight in lockdown.

She  shared an amusing clip featuring her new song to both Instagram and Twitter, as she admitted she was ‘over [her] weight’ in quarantine and wanted to make the song for her ‘love of clowning’.

Dancing to the upbeat track while wearing a hoodie and jogging bottoms, she said: ‘I’ve put on weight. I am over my weight. 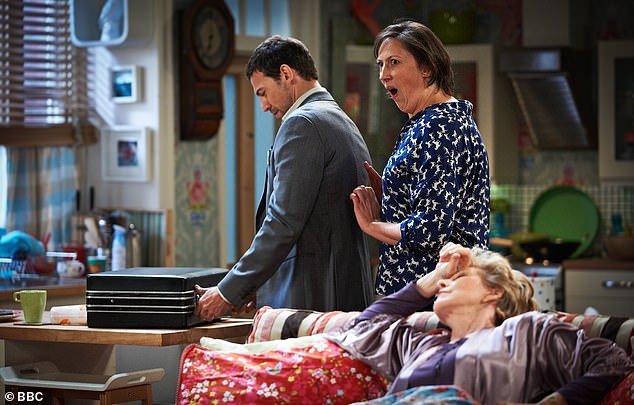 Great inspiration: Miranda admitted the incident was the type of mishap her namesake in the BBC sitcom Miranda (pictured) might find herself in

‘Over my weight, for me, I don’t say overweight for that dictates a universal way woman need to be.

‘We need to be true to who we are, in all the ways, the standard and the bizarre. But even with the self-acceptance that flows through me, I still, like this, feel like hiding, like despite the weight gain I am somehow less.

She concluded the rap by saying: ‘But no and bear with, for I say with respectful loving kindness that I’ve always been, and I always will be, a work in progress.’ 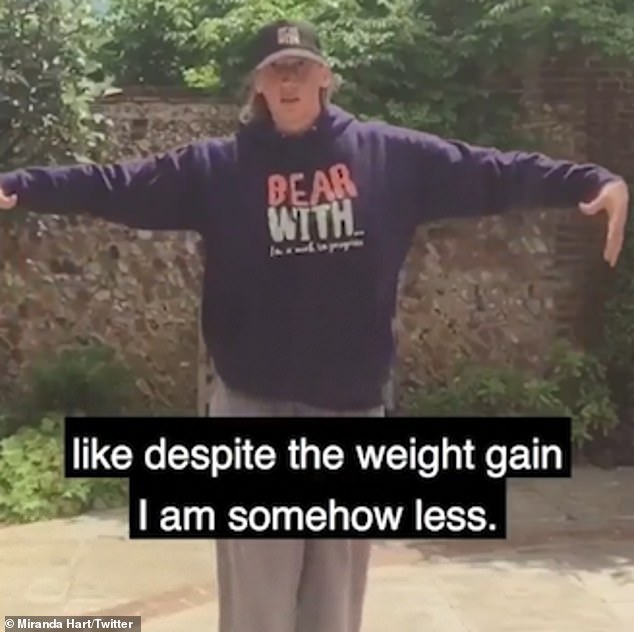 Candid: Last month, Miranda entertained her followers by sharing a rap she had written about putting on weight in lockdown