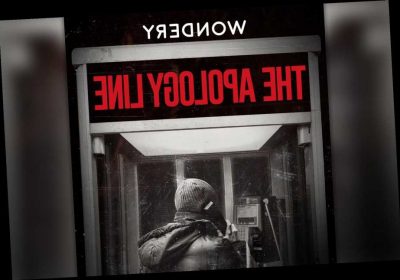 Wondery has released a new trailer for The Apology Line, an upcoming podcast about a mysterious confessional hotline that popped up in the Eighties and slowly consumed its creator, Allan Bridge. The show will premiere on January 19th on the podcast network.

A few decades ago, Bridge began posting flyers for the so-called “Apology Line” around New York City and, using the pseudonym “Mr. Apology,” encouraged people to confess their wrongdoings — no matter how big or small — without fear of repercussion. Over the years, the hotline amassed thousands of hours’ worth of messages, and Bridge’s undoing was fueled by his obsession with his callers and increasing involvement in their lives.

While the identity of “Mr. Apology” was unknown to the callers, the one person who did know was Bridge’s wife, Marissa Bridge, who is hosting The Apology Line. “For 15 years, I watched ‘The Apology Line’ grow, and I saw Mr. Apology unravel,” she says in the trailer.

“Working on The Apology Line podcast was an amazing experience,” Melissa Bridge told Rolling Stone. “The podcast format is the ideal way to introduce a new generation of listeners to ‘The Apology Line,’ a virtual community created with only a telephone line and answering machine. Wondery recognized the importance of this treasure trove of voices, which sound as relevant today as they did when they were first recorded. We took a deep dive into ‘The Apology Line’ archives and created an audio story of the line and its callers. The calls are deeply affecting, and gave me a new understanding of the human condition. It was a very intense creative experience. And I hope the listeners enjoy it.”