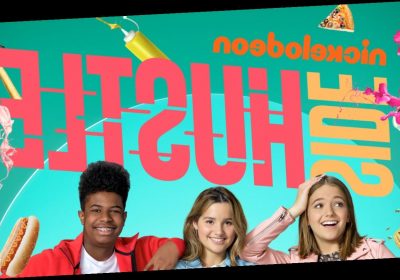 More Side Hustle is on the way!!

It was just revealed that the new Nickelodeon series has received an additional seven episodes, bringing it’s total to 20.

Side Hustle is currently in it’s first season after premiering back in November 2020, and this is great news!

The comedic series follows two best friends, smart and sarcastic Lex (Jules LeBlanc) and confident and tough Presley (Jayden Bartels), who devise a plan to make money when fireworks accidentally destroy a boat belonging to the dad of their quirky friend and neighbor, Munchy (Isaiah Crews).

Forced to come up with creative ways to earn money to pay for the damages, Lex, Presley and Munchy enlist the help of Presley’s tech-savvy younger brother, Fisher (Mitchell Berg), who creates an app to connect with people looking for help with small jobs, and Munchy’s bossy older brother Jaget (Jacques Chevelle), who makes sure they keep up with the payments.

In case you missed it, check out the latest music video for the theme song, which is sung by the show’s stars Jules and Jayden!