She really went there! Hannah Brown laughed off the ill-fated ending of her season of The Bachelorette while playing a card game during quarantine.

The Dancing With the Stars alum, 25, posted an Instagram Story photo from a round of Cards Against Humanity on Wednesday, March 25. The first card read, “During sex, I like to think about,” while the second said, “The Bachelorette season finale.” 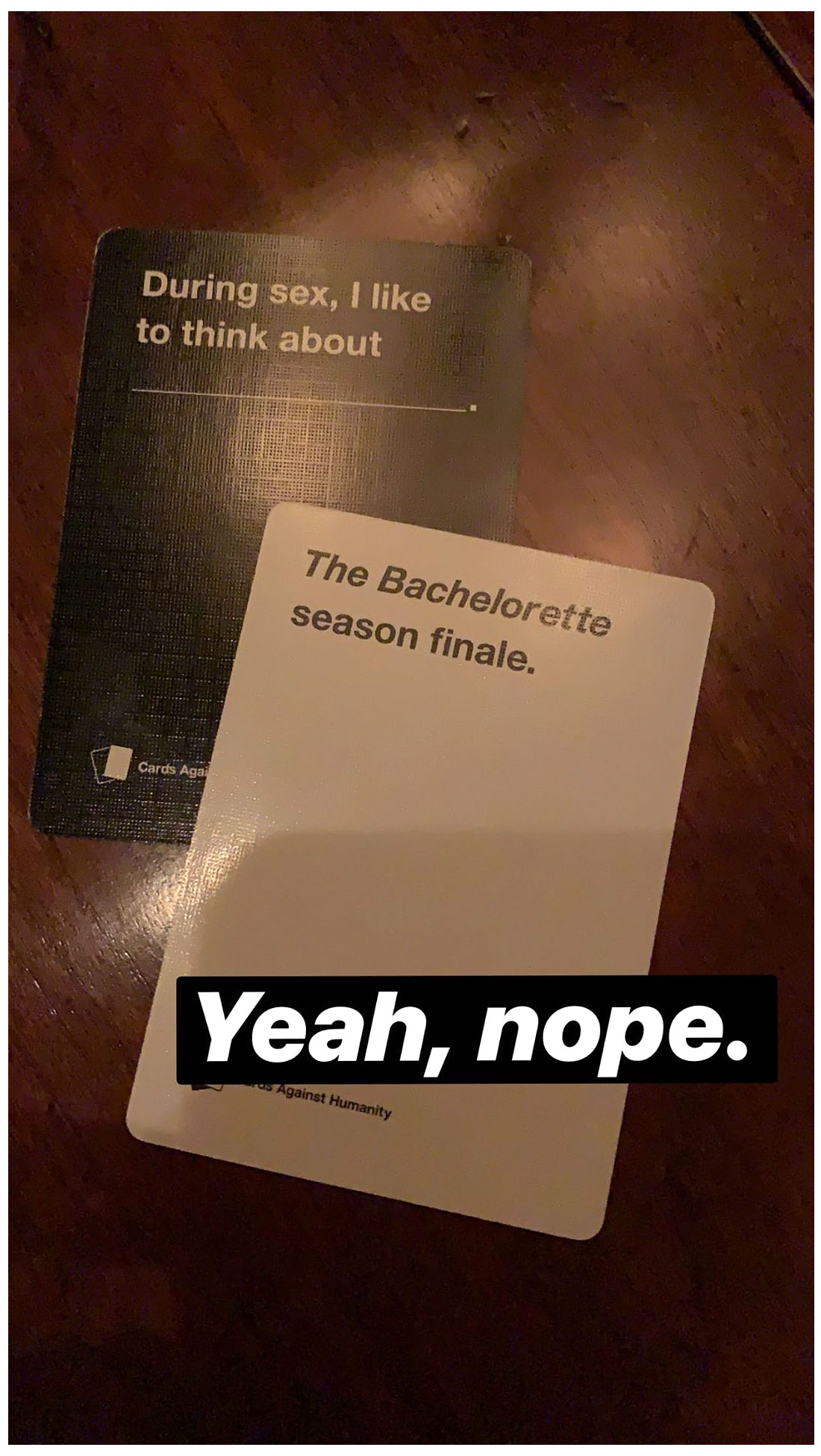 The revelation comes at an interesting time for the reality star, who is self-isolating with Tyler Cameron and his friends in his Florida hometown. The pair met during season 15 of The Bachelorette. Brown gave her final rose to Jed Wyatt, and the two got engaged, but they broke things off after she discovered that he lied about his relationship with girlfriend Haley Stevens.

The model, 27, finished in second place. The duo reconnected earlier this month following the death of Cameron’s mother, Andrea Cameron. Brown traveled to Florida for a celebration of life and later returned to stay with Tyler during the coronavirus-induced quarantine.

Fans have been speculating about the nature of their relationship, though a source told Us Weekly earlier this month that they are not back together. “They have a lot of love for each other,” the insider explained. “They’re great friends and have a lot of fun together. It’s as simple as that.” 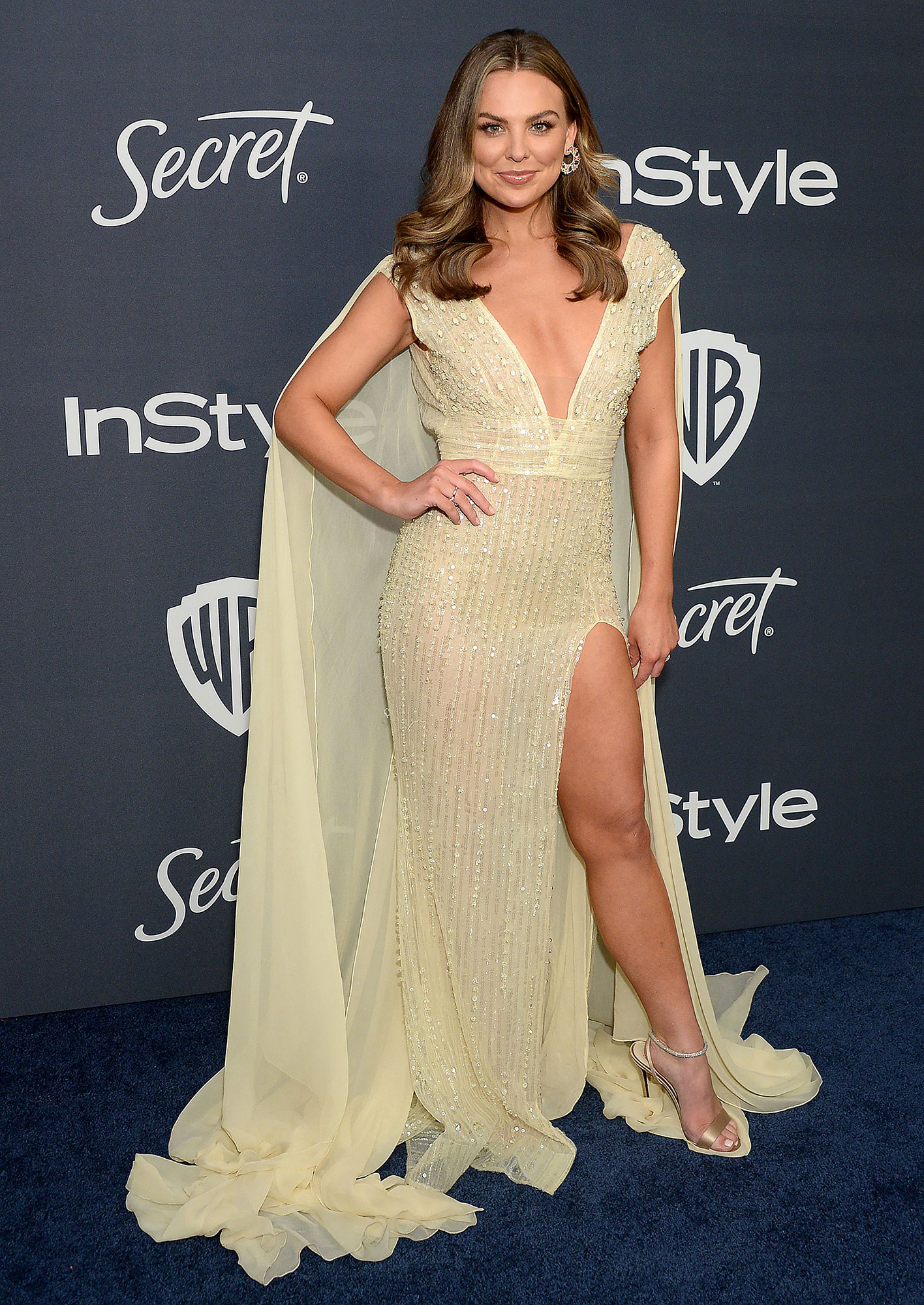 However, the source did not rule out a reconciliation. “Could something happen down the line? Sure,” the insider acknowledged.

The TV personalities played Spin the Bottle together too. “Alright, the moment we’ve all been waiting for,” Tyler said in a Monday, March 23, TikTok clip. “A little Spin the Bottle with old Hannah Brown! Here goes nothing.” They played up the suspense for the camera but ultimately did not kiss.

Given the constantly evolving nature of COVID-19, Us Weekly wants our readers to have access to the most accurate resources. For the most up-to-date coronavirus information, guidance and support, consult the CDC, WHO and information from local public health officials. If you’re experiencing coronavirus symptoms, call your primary care provider for medical advice.