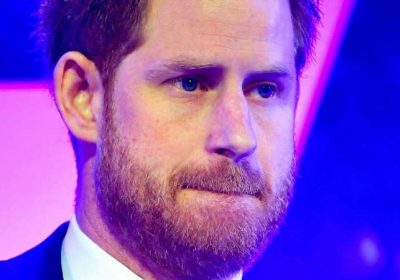 Prince Harry sat down for a chat with Dax Shepard on the actor’s Armchair Expert podcast, which was made public on May 13. During the interview, Harry was extremely candid about his experience living under the monarchy’s rule. The Duke of Sussex discussed how challenging it was to live his life as a member of the royal family, comparing to an animal being watched at the zoo. At one point, Harry even called out his father, Prince Charles, saying that the Prince of Wales “treated [him] the way he was treated” by his own parents, Prince Philip and Queen Elizabeth. With that, Harry vowed to “break the cycle” when it comes to raising his own kids, saying that his move to the United States was a step. “I moved my whole family to the US, that wasn’t the plan but sometimes you’ve got make decisions and put your family first and put your mental health first,” he told Shepard.

Harry also revealed that he was in his 20s when he realized that he didn’t want to be part of the royal family anymore. “I was thinking I don’t want this job, I don’t want to be here. I don’t want to be doing this. Look what it did to my mum, how am I ever going to settle down and have a wife and family when I know it’s going to happen again,” he said. The candid interview has palace insiders striking back. Read on for more.

Prince Harry’s interview on Armchair Expert has — perhaps unsurprisingly — got the attention of palace insiders, who have reportedly spoken out following the things that Harry said to Dax Shepard. “[Harry and Meghan Markle] appear to be making careers of talking about their previous ones. It is not helpful,” one insider told the Daily Mail. “Nothing ever appears to be their own fault,” another insider said.

At the time of this writing, neither Buckingham Palace nor Clarence House have spoken out about Harry’s latest interview. However, according to the Daily Mail, it’s “clear” that the royal family feels “frustrated” because Harry continues to “talk publicly about deeply personal family relationships.” This is the second time that Harry has spoken out about his opinions and views when it comes to his family. The first, of course, was when he made bombshell claims during an interview with Oprah Winfrey that aired back on March 7.