After creating the Critics Choice Awards  for both movies and television achievements,  plus spinoff shows for the best in Documentaries , and Reality TV, the Critics Choice Association today announced nominees for their latest awards show venture, the Critics Choice Super Awards.  Designed to honor popular forms of entertainment for both movies and series, the virtual pre-recorded television presentation honoring Superhero, Science Fiction/Fantasy, Horror, Action, and Animation will air on The CW Network Sunday January 10, 2021 in a two hour special from 8:00-10:00pm ET/PT.

Leading the pack for movies is Hulu and NEON’s Palm Springs , a time loop comedy that won five nominations including for stars Andy Samberg, Cristin Milioti, and J.K.Simmons , as well as Best Science Fiction/Fantasy movie.  A host of films followed close behind with four nominations including Birds Of Prey (Warner Bros.), Freaky (Universal), Onward (Disney+), Sonic The Hedgehog (Paramount), The Hunt (Universal), The Old Guard (Netflix), and The Willoughbys (Netflix). 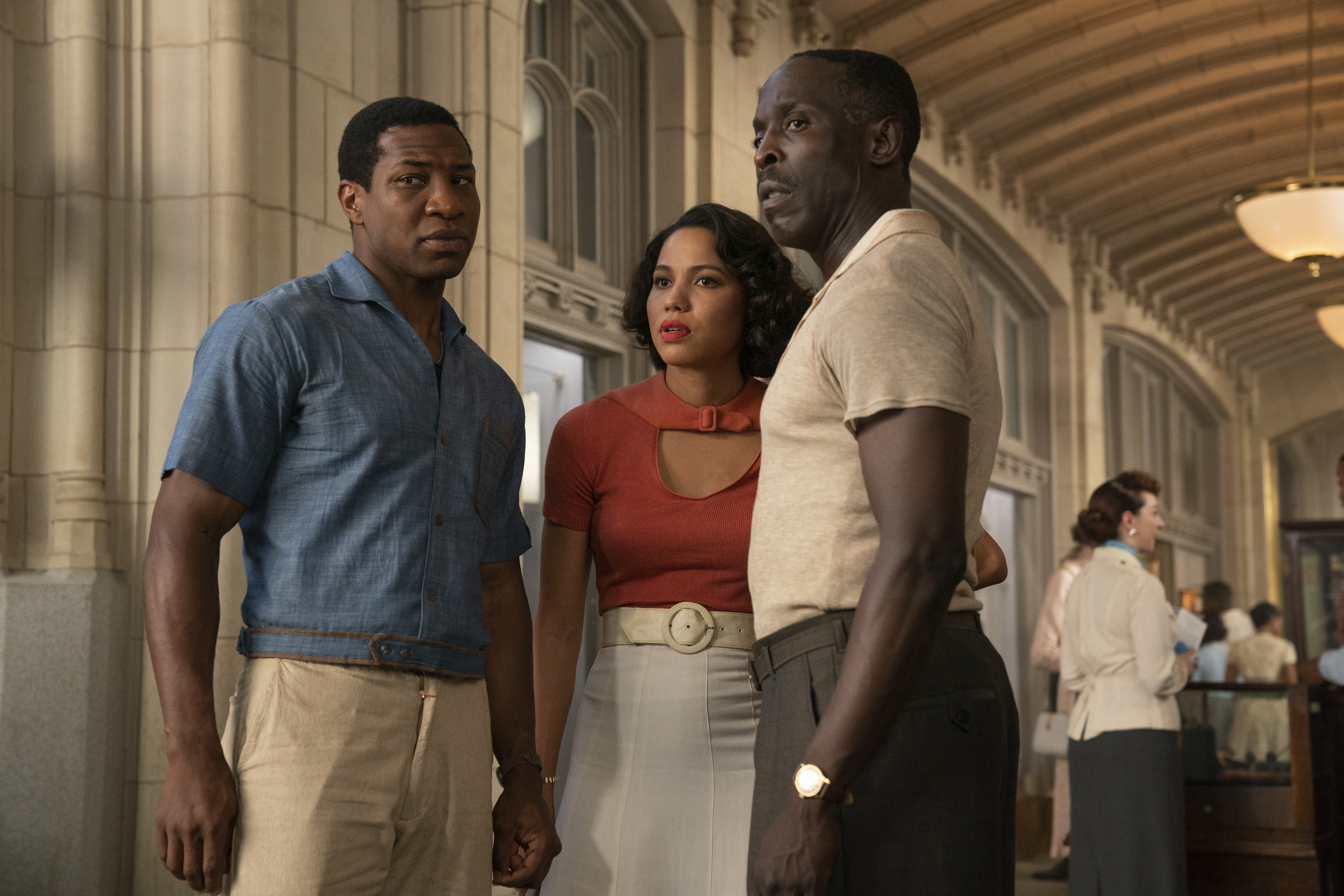 On the series side the leader was HBO’s Lovecraft Country which chalked up six nominations including Best Horror Series, followed by Amazon’s The Boys which received five nods.  The Star Trek franchise was named recipient of the Legacy Award. “Star Trek” icon Sir Patrick Stewart, and “Star Trek: Discovery” trailblazer Sonequa Martin-Green will personally accept this special honor, which comes as the franchise celebrates its 55th anniversary.

Netflix led all distributors with 35 nominations.

CCA CEO Joey Berlin thinks it is high time for these popular forms of entertainment, often ignored at the Oscars and Emmys, to be honored and said the nominating committee found plenty of worthy entries despite many tentpole movies being pushed into next year and beyond because of the pandemic. “The basic philosophy of our organization since day one is that there is great work in every genre,” he tells me.  “There’s great horror movies and bad horror movies. There are good historical dramas and bad historical dramas.  These categories that get most of the viewership and most of the box office dollars, there is a lot of good stuff in there that doesn’t get its chance to shine in the awards season. Once in a while you have a Black Panther  but let’s face it that’s pretty rare.”

Berlin notes that the Critics Choice Awards often included special categories for these genres but  it was decided to give them more of a showcase, thus this new awards show. “We have given out Best Horror movie and action movie and animated series and those things , and they often didn’t get on the air. Just like we broke out the Documentary awards into their own event, and we broke out the Reality Television for the same reasons because there is good stuff that doesn’t get to shine on its own at the Critics Choice Awards. I think it makes a lot of sense, and I think it is going to be really entertaining.  I think it can really grow into its own annual event,” he said.

Like many other live event shows the plan is to take it virtual, but Covid or not, there was never any discussion of making the new Critics Choice Super Awards anything but this format.  “We’ve been developing this for two years, and from day one we always thought it would be a virtual show. We never thought it would make sense to try and get all these superhero players and voice talent and so on to come to  an event like they do for the Critics Choice Awards. From day one  we saw it as a taped television special , not a  big party event. This is no change. It was a virtual celebration from day one. And that is what it is going to be,” he said adding winners will be told in advance and their acceptance speeches will be taped.

As for getting their network partner on board, it seemed like a no-brainer, and not just because The CW is the home of the Critics Choice Awards , which this year will be moving to Sunday March 7 , following the lead of other shows including the Oscars in lengthening the awards season.  “It is a perfect fit for the CW, so many of these shows are CW type shows. They are a superhero style network .  They loved it and swooped it up. It plugs right in where the Critics Choice Awards would have been normally in January , but we pushed those a couple of months because the season has been extended,” Berlin said.

I asked if he’s sorry Warner Bros.’  Wonder Woman 1984 couldn’t be considered for nominations since its release status was up in the air until just yesterday when it was finally announced as a day and date HBO Max/Theatrical debut on Christmas Day.  He isn’t ruling out the possibility of acknowledging the film in some way on the broadcast, or it could be pushed for eligibility in the next year. He said they had a similar problem with another Christmas release, Disney/Pixar’s Soul but it was able to be shown to the nomination committee and landed some noms.

Berlin notes there were 191 nominations overall from a whopping 600+ paid submissions , a neat feat for an awards show in its first year of existence.  He also says because of the changing nature of the business their categories are simply labeled either for movies or series.  “With the way this business has evolved, with all the streamers and other new entities , all our categories are listed as either Movies or Series. They are not theatrical or TV because right now the lines are so muddy. Movies could be premiering on streaming  or VOD or have been in theatres, certainly this year,” he says.

Producer/Director/Actor/Writer Kevin Smith and actress/writer Dani Fernandez will host the show that will be produced following COVID safety protocols. After its broadcast it will stream the next day for free on The CW App and cwtv.com.

Berlin hopes thinks it has a bright future and could eventually become a candidate for taking place in front of thousands of fans at a large Los Angeles venue like the Forum. “But first we need a lot of vaccination going on,” he smiled, saying the time has come for critical perspective on these genres. “We professionals who have to watch everything have a good perspective on what are the gems, and we like to point them out, and we like to point them out in every genre.”

Full Disclosure: I am a voting member of the CCA.

BEST ACTOR IN AN ACTION MOVIE

BEST ACTRESS IN AN ACTION MOVIE

Over the Moon (Netflix)

Will Forte – The Willoughbys (Netflix)

Sam Rockwell – The One and Only Ivan (Disney+)

Phillipa Soo – Over the Moon (Netflix)

BEST ACTOR IN A SUPERHERO MOVIE*

BEST ACTRESS IN A SUPERHERO MOVIE*

BEST ACTOR IN A HORROR MOVIE

BEST ACTRESS IN A HORROR MOVIE

The Vast of Night (Amazon Studios)

BEST VILLAIN IN A MOVIE

BEST ACTOR IN AN ACTION SERIES

BEST ACTRESS IN AN ACTION SERIES

DC’s Legends of Tomorrow (The CW)

The Flash (The CW)

BEST ACTOR IN A SUPERHERO SERIES*

Grant Gustin – The Flash (The CW)

BEST ACTRESS IN A SUPERHERO SERIES*

The Haunting of Bly Manor (Netflix)

BEST ACTOR IN A HORROR SERIES

BEST ACTRESS IN A HORROR SERIES

What We Do in the Shadows (FX)

Kayvan Novak – What We Do in the Shadows (FX)

Natasia Demetriou – What We Do in the Shadows (FX)

BEST VILLAIN IN A SERIES

NOMINEES BY NETWORK/STUDIO FOR THE INAUGURAL CRITICS CHOICE SUPER AWARDS