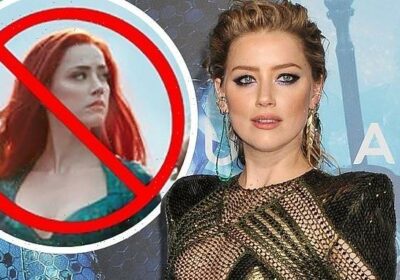 A petition calling for DC Warner Bros to drop Amber Heard from the role of Queen Mera in Aquaman 2 has now surpassed 4million signatures as her blockbuster defamation trial with her ex Johnny Depp is set to continue next week.

The Change.org petition was created by Jeanne Larson in late 2020, following news that Depp, 58, was asked by Warner Bros to step down from his role of Gellert Grindelwald in the Fantastic Beasts franchise.

As of Friday morning, the petition had reached 4,004,160 signatures, with a goal of 4,500,000 signatures to become the top signed pledge on the network of online petition supporters.

The petition alleges that Heard, 36, has been ‘exposed as a domestic abuser by Johnny Depp’ during their ongoing multimillion-dollar court battle. 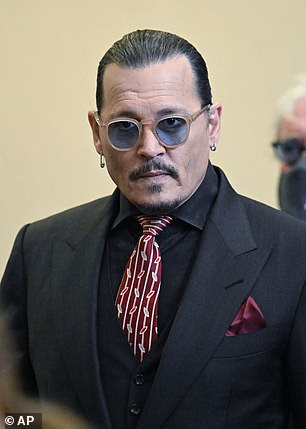 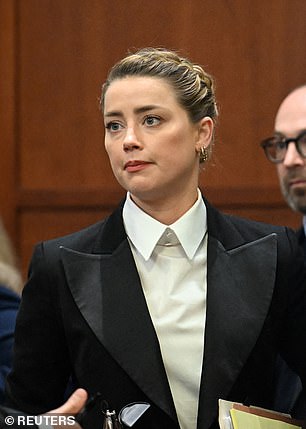 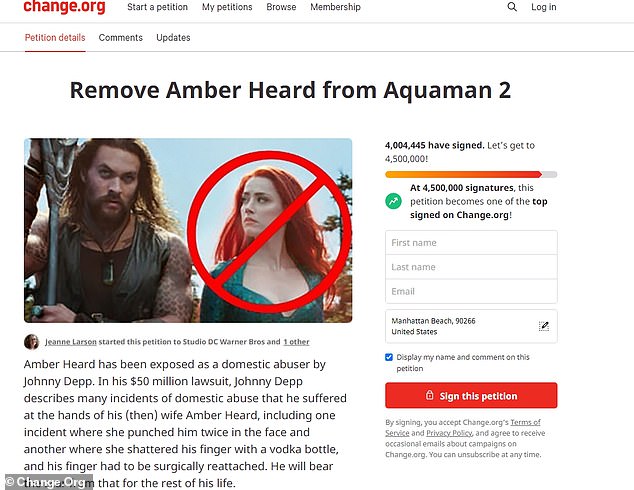 Fandom: The petition alleges that Heard has been ‘exposed as a domestic abuser by Johnny Depp’ during their ongoing multimillion-dollar court battle 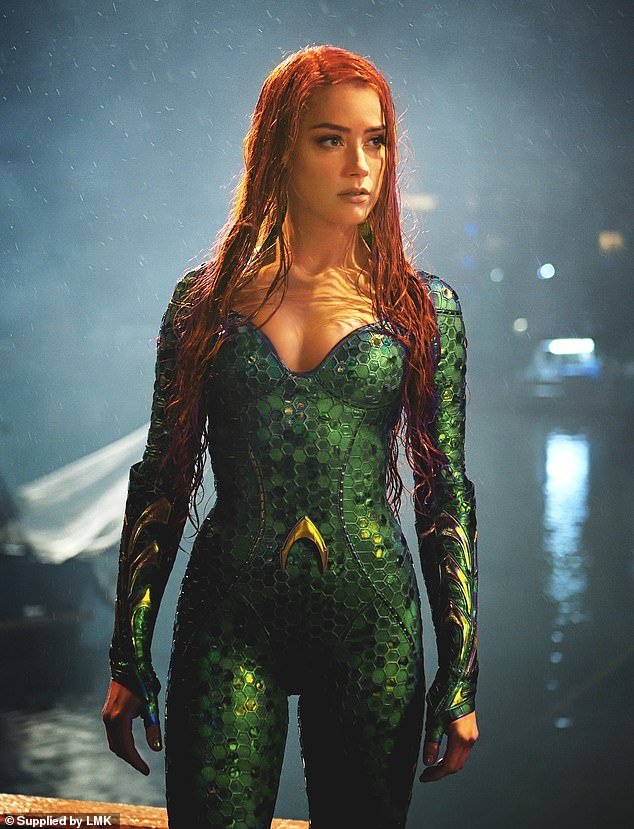 Amber Heard’s role of Queen Mera in Aquaman 2. A petition to have her dropped from the role has topped 3.4 million signatures. It alleges that Heard has been ‘exposed as a domestic abuser by Johnny Depp’

The trial will resume next week when actress Ellen Barkin will be called to stand as a witness for Heard via video, PEOPLE reported this week.

Heard’s sister Whitney Henriquez will also testify on behalf of the Aquaman actress.

Both Henriquez and Barkin both previously testified for Heart in the UK libel lawsuit against The Sun.

Depp is suing Heard for $50 million for her allegations of domestic abuse that he said  cost him ‘everything.’

A new ‘Pirates’ movie was put on hold, and Depp was replaced in the ‘Fantastic Beasts’ film franchise, a ‘Harry Potter’ spinoff. 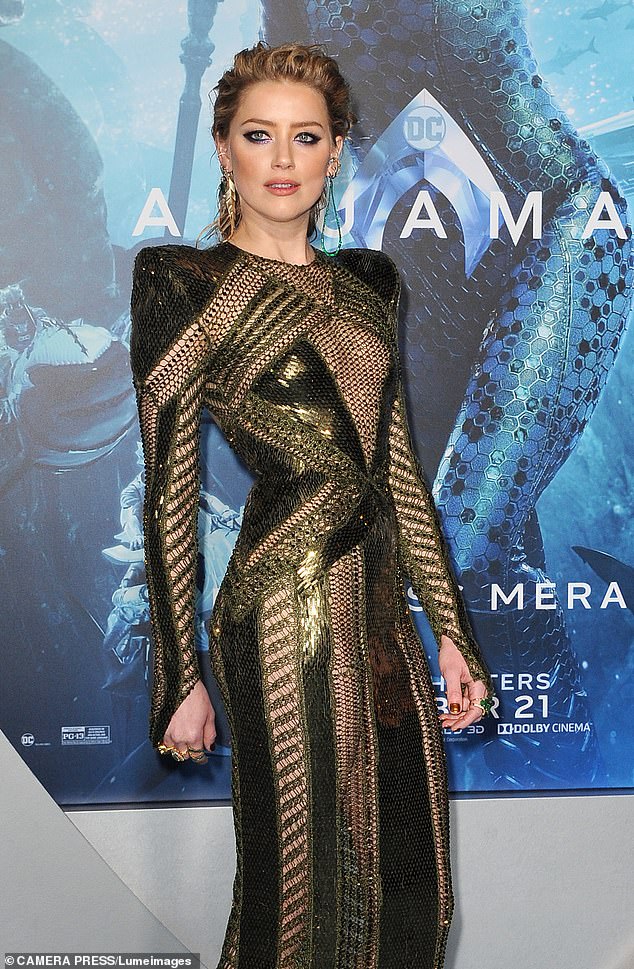 Star: Amber pictured above at the Los Angeles premiere of Aquaman held at the TCL Chinese Theatre in Hollywood in 2018

Heard has counter-sued for $100 million, saying Depp smeared her by calling her a liar.

Over four days of sworn testimony, Depp said that ‘Aquaman’ star Heard was the abuser in the relationship and once threw a vodka bottle that severed the top of his right middle finger.

Heard has denied injuring Depp’s finger and said she only threw things to escape when he was beating her.

Heard’s first witness was Dr. Dawn Hughes, a New York-based clinical and forensic psychologist who is an expert about domestic violence.

Dr. Hughes outlined horrific reports that Heard had told her of abuse and sexual violence Depp committed against Heard, including forcing himself on her and performing cavity searches for drugs.

‘Let’s drown her before we burn her,’ he said in one text message to actor Paul Bettany, adding ‘I will f**k her burnt corpse afterward to make sure she is dead.’ 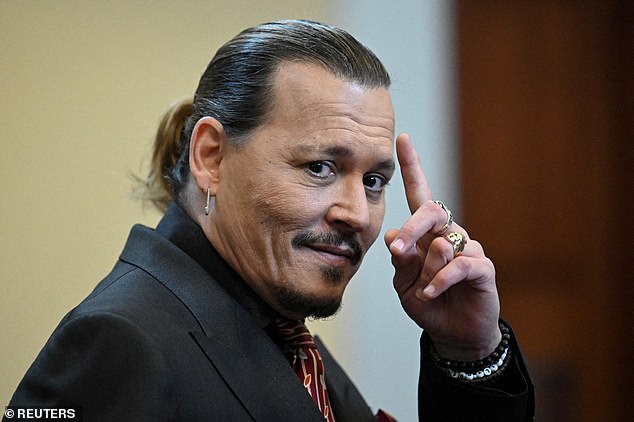 Before starting their case, Amber Heard’s lawyers asked Judge Penney Azcarate to dismiss the case, saying Johnny Depp had not proven his claim 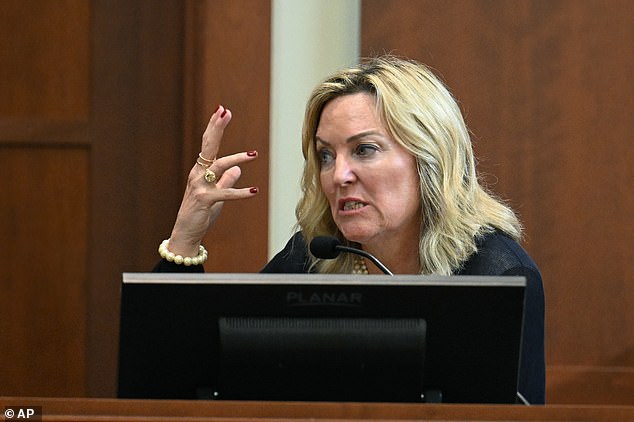 Heard’s first witness was Dr. Dawn Hughes, a New York-based clinical and forensic psychologist who is an expert about domestic violenc 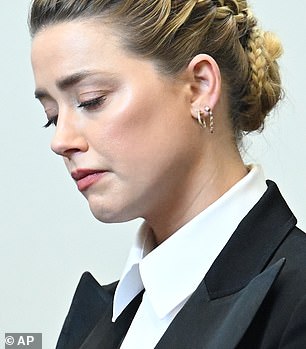 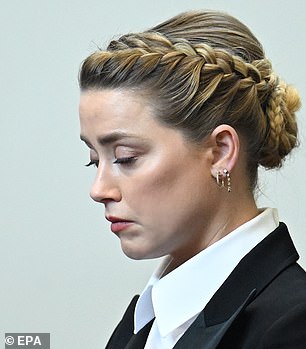 Dr. Hughes said that women in abusive relationships get into them for the right reasons but slowly their partner turns

The case hinges on a December 2018 opinion piece in the Washington Post. The article never mentioned Depp by name, but his lawyer told jurors it was clear Heard was referencing him.

The couple’s divorce was finalized in 2017 after less than two years of marriage.

Depp, once among the biggest stars in Hollywood until Heard’s allegations, said he never struck her or any woman.

Heard’s attorneys have argued that she told the truth and that her opinion was protected free speech under the U.S. Constitution’s First Amendment.

A state court judge in Fairfax County, Virginia, is overseeing the trial, which is expected to last until late May.

Less than two years ago, Depp lost a libel case against The Sun, a British tabloid that labeled him a ‘wife beater.’ A London High Court judge ruled he had repeatedly assaulted Heard.

Depp’s lawyers have said they filed the U.S. case in Fairfax County, outside the nation’s capital, because the Washington Post is printed there. The newspaper is not a defendant.