Prince Charles and Camilla Arrive in Greece for First Overseas Since Most Recent U.K. Lockdown 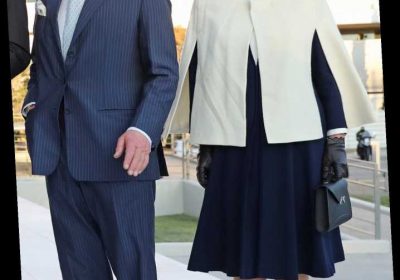 Prince Charles and Camilla, Duchess of Cornwall are back on the road.

The couple embarked on their first overseas visit since the most recent U.K. lockdown amid COVID-19, arriving in Greece on Wednesday. They traveled to Athens on the RAF Voyager plane to celebrate the bicentennial of Greece's independence at the invitation of the Prime Minister of Greece, Kyriakos Mitsotakis. They were greeted by Prime Minister Mitsotakis at the official ceremony celebrating the opening of The National Gallery, where they viewed some of the artwork. This evening, they will attend an official state dinner and reception at the Presidential Mansion.

On Thursday, the royal couple are set to attend a wreath-laying ceremony at the Tomb of the Unknown Soldier in Syntagma Square and a traditional military parade. "The Royal Household will take all necessary measures to comply with COVID-19 regulations and guidance in Athens during the course of this event," Clarence House said in a statement. Get the premiere issue of PEOPLE Royals for glamorous new photos and inside stories royals fans haven't seen or read elsewhere! Subscribe at peopleroyals.com/launch

Charles and Camilla last visited Greece in May 2018. The prince's very first visit to Greece was in 1998.

The visit marks Charles and Camilla's last trip oversees was to Germany in November 2020 to take part in Berlin's Central Remembrance Ceremony.

The couple, who have received their COVID-19 vaccines, have recently been visiting vaccine clinics around the U.K. They've also been dealing with turmoil within the royal family, including the four-week hospitalization of Charles' father Prince Philip as well as Prince Harry and Meghan Markle's bombshell interview with Oprah Winfrey, which aired earlier this month.