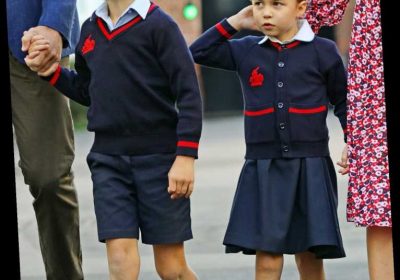 The royal siblings have been honing their riding skills over the past year, PEOPLE has learned.

Prince William is reportedly "thrilled" that his kids have taken an interest in learning to ride horses, according to The Times in the U.K.

George, 7, has reportedly been taking lessons since he was 4 years old, while Charlotte, 5, has always been fascinated by horses.

While attending an event to meet and honor British Olympians at Buckingham Palace in October 2016, Kate revealed that Charlotte, then 1 year old, had developed a love of horses — just like her great-grandmother, Queen Elizabeth. Kate "emphasized that Charlotte has this passion about horses and although she doesn't echo it, she'll do her best to champion and encourage it," Paralympic Equestrian Natasha Baker said at the time.

Queen Elizabeth received her first Shetland pony on her 4th birthday and her love of horses has continued throughout her life. At 94 years old, she's still an avid rider and a breeder. The monarch also attends the Windsor Horse Show every year and is known to get rather spirited when watching horse races, including Royal Ascot. Queen Elizabeth was last spotted in the saddle in Dec. 2020 as she set out for a horse ride at Windsor Castle alongside her head groom, Terry Pendry. Horseback riding is one of the ways the Queen has stayed busy while self-isolating with husband Prince Philip, 99, throughout the coronavirus pandemic. In May, the royal family shared new photos of the monarch riding a pony named Fern around Windsor Home Park.