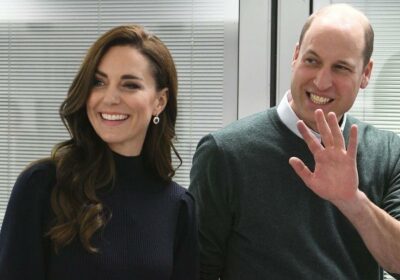 Prince William was told by a royal fan to “keep going” in the wake of his brother Prince Harry’s bombshell memoir being released earlier this week.

There’s a series of explosive claims in the book: from William, 41, and Harry ending up in an altercation, to the 38 year old disclosing information about his once-frostbitten penis.

While the Prince and Princess of Wales were grilled on their first royal engagement since Spare hit shelves, William was also given words of encouragement by others.

Upon their arrival at the Royal Liverpool University Hospital, the royal pair were greeted with rounds of applause.

Doing their walkabout before heading into the healthcare establishment, a woman named Sylvia, 81, sweetly gripped the future King of England’s hand.

She told the 40 year old father-of-three, as per PA: “Keep going. Keep going. Scousers love you.”

William sweetly replied: “I will.”

Slyvia went on to say afterwards: “Of course that was a reference to Harry. He knew what I was talking about."

Ahead of the release of his tell-all book, Harry confirmed to CNN’s Anderson Cooper that he’s currently not on speaking terms with his brother and father, King Charles III. “Do you speak to William now, do you text?” Anderson asked him.

“Currently, no, but I look forward to us being able to find peace,” Harry replied.

Asked how long it had been since he had spoken to his father King Charles, he said: “We haven’t spoken for quite a while, no, not recently.”

Going on to be questioned on what his late mother, Diana, Princess of Wales, would think of his fractured relationship with his brother, Harry said: “I think she [Princess Diana] would be sad that it is where it is now.

“I believe that she would want reconciliation. And I hope that’s what’s achievable.” While it’s thought that the Duke of Sussex’s family won’t want him at Charles’ upcoming coronation, apparently the King “has to invite him”.

Appearing on Good Morning Britain, Emily Andrews, who is the former Royal Editor of The Mail on Sunday, argued that Charles would be right to invite Harry and Meghan, both for familial reasons for good PR.

She said: "I think Charles is absolutely right to invite Harry and Meghan, they are still part of the family and there's obviously the familial relationships.

"And we know Charles is a very emotional man. In the book it says that at the end of the Duke of Edinburgh 's funeral Charles said 'please don't make my last years a misery'.

In this special collector's edition of OK!, we look ahead to what is set to be a momentous year for our Royal Family.

With the help of experts, we delve into King Charles' vision for the coming months, including plans for his era-defining coronation in May.

We also reveal what's in store for the newly appointed Prince and Princess of Wales and their three children, Princes George and Louis and Princess Charlotte.

This issue is available in store and online here for £7.99.

"I think that it's just a very sad situation familiarly but also there's the court of public opinion, the PR. So for the PR, Charles has to invite Harry and Meghan.

"When Harry and Meghan go low, the Royal Family need to go high, and that involves them being there at the coronation."

Harry’s book has gone down a storm with fans, with the memoir going on to break records as the fastest selling non-fiction book.