Princess Charlotte Just Made History for a Very Important Reason 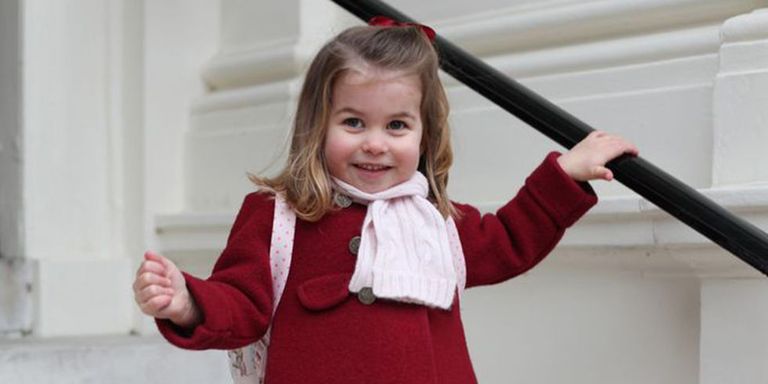 As of this morning, Prince George and Princess Charlotte have a brand new baby brother, which is very exciting news for all those who are royally obsessed or those who just like cute kids, tbh. Despite this new addition, Princess Charlotte still makes history by keeping her spot in line for the throne.

The Duke and Duchess of Cambridge are very pleased to share two photographs of Princess Charlotte at Kensington Palace this morning. The images were taken by The Duchess shortly before Princess Charlotte left for her first day of nursery at the Willcocks Nursery School.

As a quick reminder, currently Queen Elizabeth is still doing her thing as Queen/head of the monarchy. Prince Charles is next in line for the throne, followed by Prince William, and then George, Charlotte, and now the new baby boy Windsor. Prince Harry is technically sixth in line because of the the birth of Kate and Will’s third child. So technically, if something happened that prevented George from being king someday, Charlotte would be queen before her little brother would have a shot at it.

Glad to hear that girl power is alive and well in the U.K.! Happy royal baby day everyone!