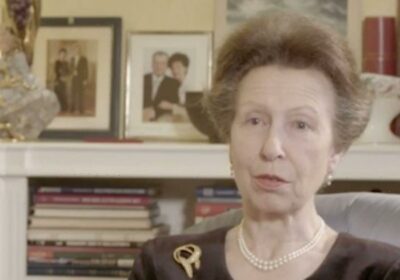 Princess Anne, daughter of the late Queen Elizabeth ll, has praised her mother for staying in Balmoral with a young Prince William and Harry when their mother Princess Diana died suddenly in 1997.

The former Princess of Wales was just 36 years old when she was killed when the car she was travelling crashed in the Pont de l'Alma tunnel in Paris as it tried to evade paparazzi.

Princess Anne said the Queen "did exactly the right thing" when she remained in the royal family's Scottish holiday residence with William, then 15 and Harry, 12, rather than returning to London immediately after Diana's death, despite facing backlash from a grieving public.

The Queen's only daughter made the comments in an unseen interview from 2017 where she also praised her parents' 73 year marriage, saying that their "partnership was really important".

She said of the Queen after Diana's death: "I think my mother did exactly the right thing. I think it's absolutely extraordinary that any right-minded parent should believe… [there] would have been an alternative to bring those children down here to London in all that hoo-ha.

"I just don't know how you can think that would've been a better thing to do."

She continued: "I don't think either of those two would've been able to cope had they been anywhere else.

"That was the only good thing that happened was that they were there, and they had that structure, they had people around them who could understand, give them the time."

She said: "If you were the grandmother of a 12-year-old and a 15-year-old whose mother had just been killed in a car crash, she did absolutely the right thing.

"If I had been her, I would have done that. Why would you bring them to London? Why don’t you let them get over the start of the shock in the bosom of their own family?".

The Queen did eventually return to London sooner than intended after the public outcry against her became more pronounced.

As her car returned to Buckingham Palace, the Queen – who was dressed in black – got out and observed the floral tributes left for Diana by the public, alongside her husband Prince Phillip and her son, then Prince Charles, and his and Diana's sons Princes William and Harry.

She also did a live broadcast that day, addressing the nation as she paid tribute to Diana as the public's Queen and a "grandmother".

The Queen died on Thursday, 8 September aged 96, after passing away "peacefully" at Balmoral.

This week, OK! celebrates the life of Her Majesty the Queen with a commemorative special in honour of Britain’s longest reigning monarch. Be sure to pick up your copy.