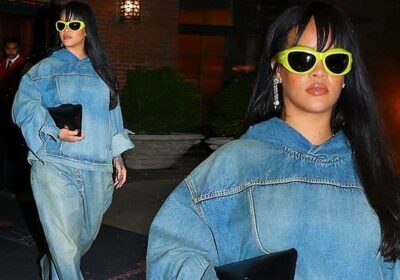 Rihanna rocked a denim look as she enjoyed a late night nosh with friends in New York early Sunday.

The 34-year-old looked sophisticated but casual in a Balenciaga oversized men’s denim pullover hoodie and baggie jeans. The top retails for more than $2,000.

The Grammy winner’s hair was styled with bangs and her long dark locks were smooth and straight. 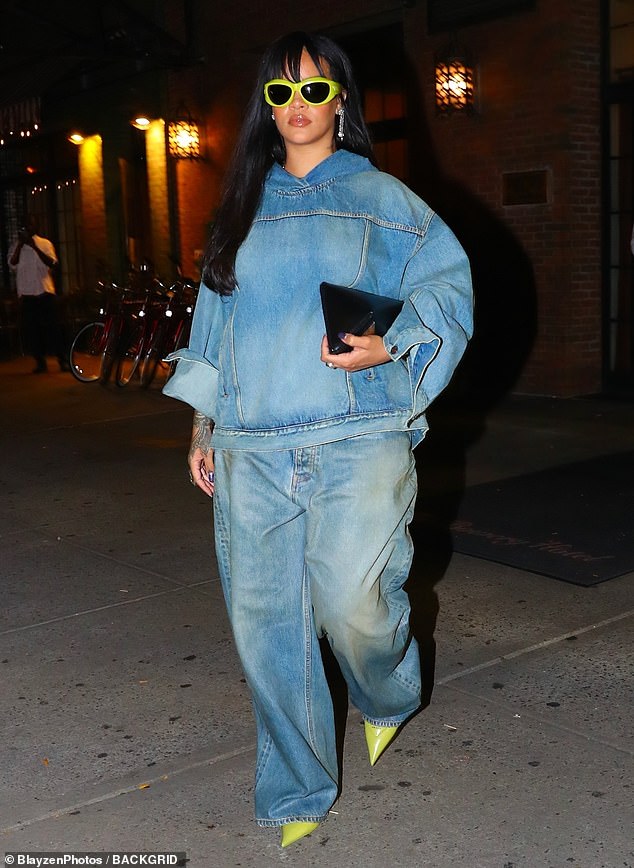 The Diamonds singer accessorized asymmetrically, wearing a long dangling diamond earring on one ear and a large solitaire stud on the other.

She stepped out in sunglasses with chartreuse frames, and pumps of the same color and completed the ensemble with a black clutch.

The superstar has been enjoying Fashion Week in the Big Apple and decided to share a late night nosh with some friends at the Bowery Hotel. 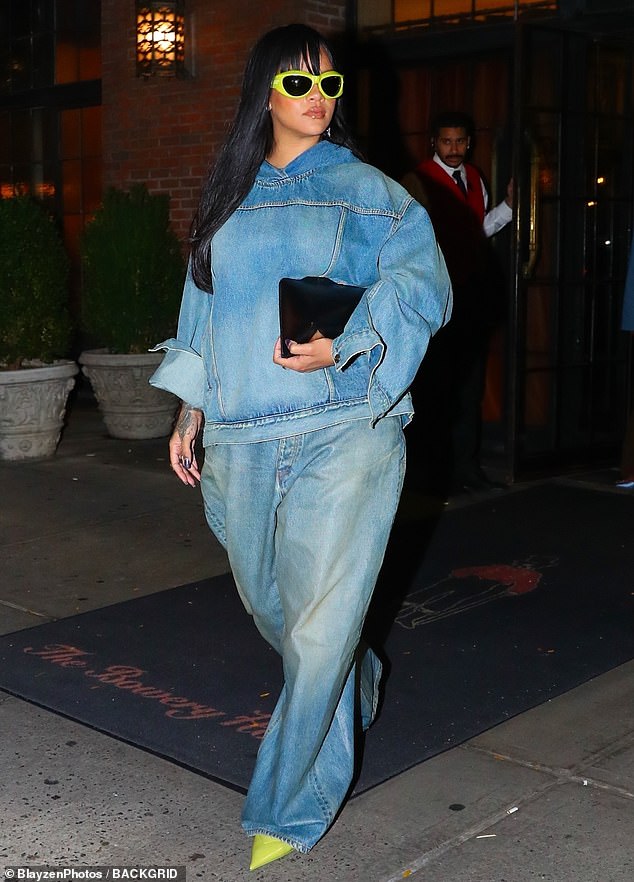 Asymmetrical: The Grammy winner accessorized asymmetrically, wearing a long dangling diamond earring on one ear and a large solitaire stud on the other 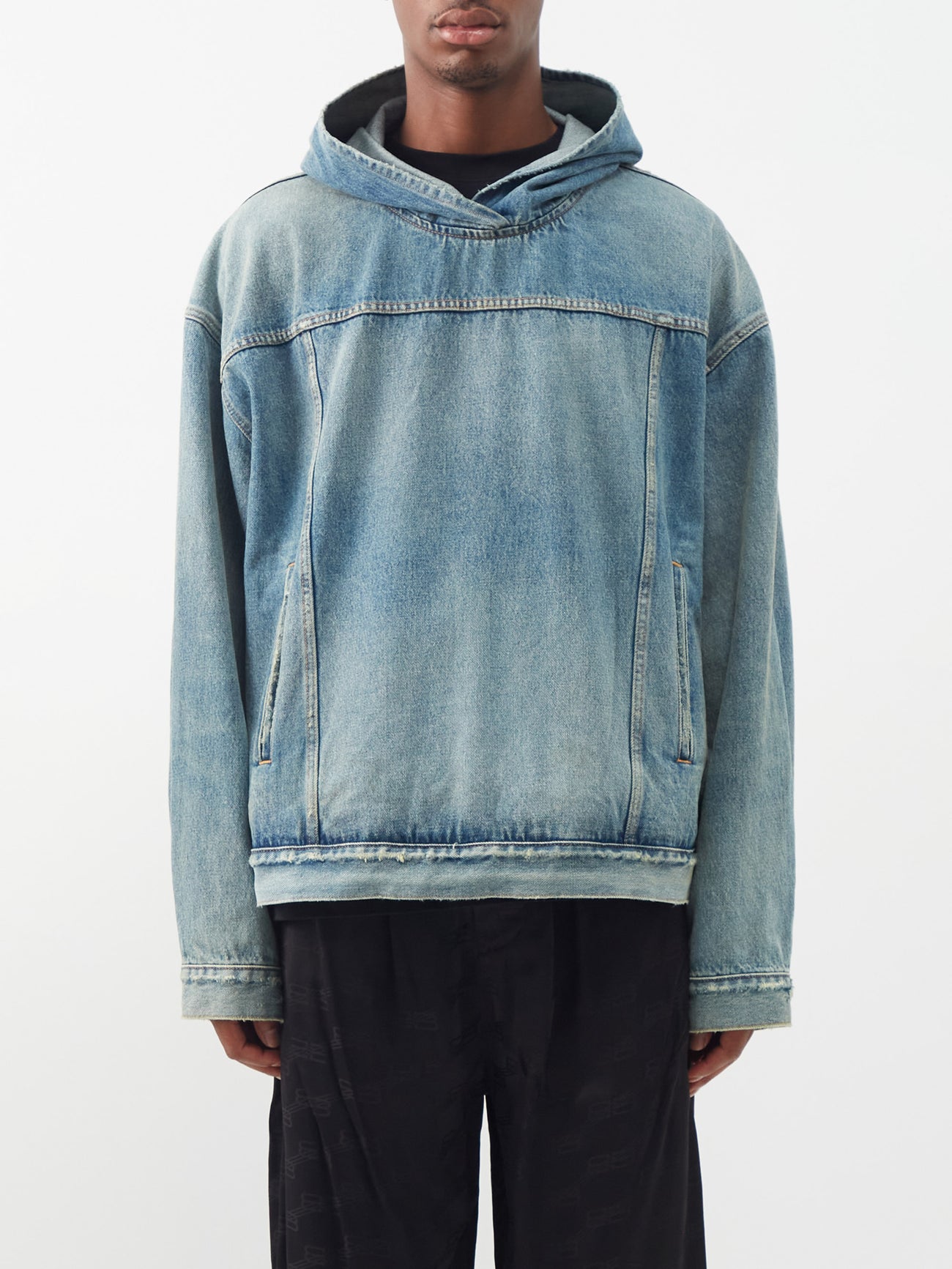 Witnesses say she was dropped off by her boyfriend, A$AP Rocky around 2 am and enjoyed pizza with her group at Gemma restaurant until six in the morning.

The Fenty founder and he beau have been keeping low profiles since the birth of their son in May.

The couple have not announced the name of their tyke, but have been spotted taking late night strolls together while the baby is asleep. 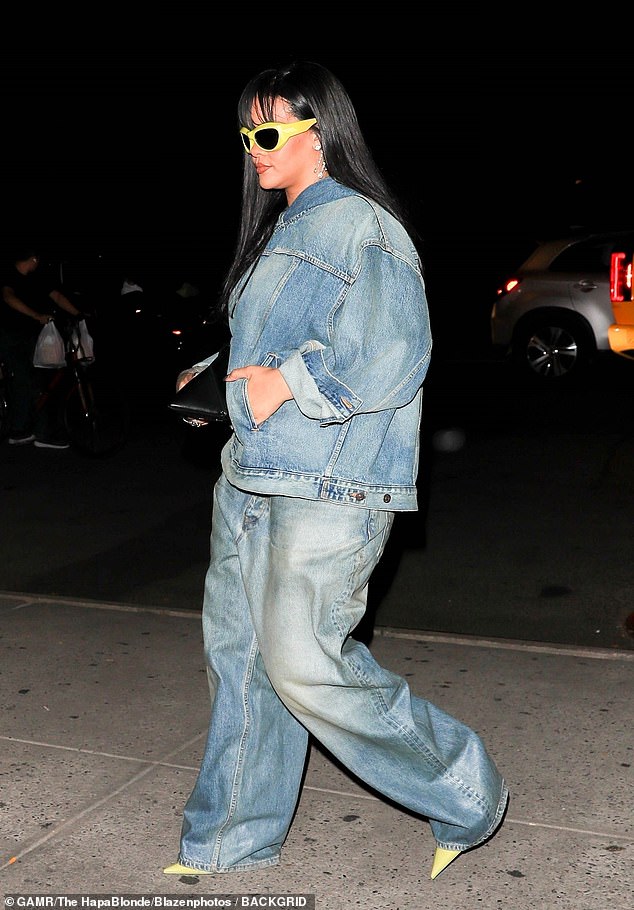 Dropped off: The Diamonds singer was dropped off at the restaurant by her boyfriend A$AP Rocky about 2am and stayed there enjoying time with friends until six in the morning

The pair have been enjoying a bit of night life during Fashion Week stepping out on a date night and going to a club.

In April of this year, the multi-talented artist made her debut on the Forbes’ billionaire list, thanks to her Fenty beauty and Savage x Fenty lingerie lines.

She has used some of her wealth to create the Claire Lionel foundation, which funds groundbreaking education and emergency preparedness and response programs around the world. 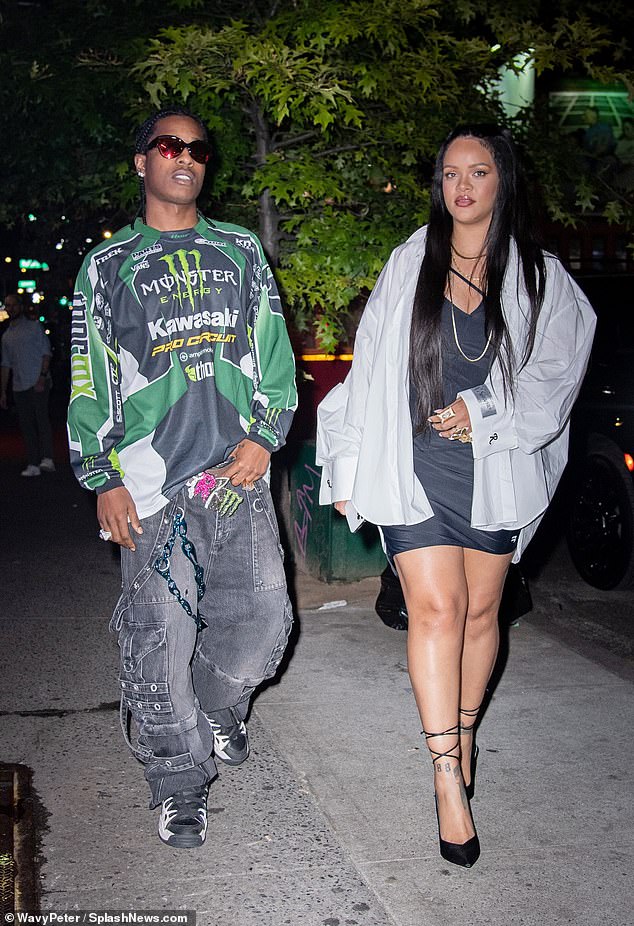 New parents: The Fenty founder and her beau welcomed their son in May; Pictured in New York