Chic Cooper, we hardly knew ye. No, seriously. When Betty’s long-lost brother Charles aka Chic (Hart Denton) first arrived in “Riverdale,” there was clearly something a bit off, but we had no idea things would go from zero to tied up and tortured in a basement so quickly.

Sure, the constant lurking, extracurricular web-camming and, oh, that time he murdered someone in the family kitchen might have raised some red flags. But it’s “Riverdale,” after all, and we got a little distracted by last week’s deadly high school musical, OK?

All was revealed on Wednesday night’s episode when (Spoiler alert!) Betty, her mother Alice and Jughead confronted Chic in a bloody face-off that’s been building all season. We learned that not only has Chic been pretending to be Charles Cooper all this time, but he also claims to have accidentally killed him during a heated argument. At least that’s one story he’s selling ― he also told Alice that her real son overdosed on jingle jangle, a fictional drug with a name we will never take seriously.

And the most twisted thing is, we might never know. By the end of the episode, Betty essentially leads Chic to slaughter by arranging a death date between him and the Black Hood, a serial killer that’s been picking off the town’s residents one by one. She does give him a head start though, sending Chic running into the distance as a man ― who Betty later suspects is her father, Hal Cooper (!) ― chases after him.

Before the episode, HuffPost spoke to Denton about his character’s possible demise, why he would never judge Chic after all he’s done and if we might see him on “Riverdale” ever again.

Chic above all else is a survivor, so I have to ask: Is this really the last we’ll see of him? He seems a bit more sprightly than the Black Hood in that chase scene.

Chic is going to get away. I was sprinting and just hauling through that graveyard. To my knowledge, there’s no way [the Black Hood] could catch me because I’d definitely survive. I think there’s more Chic to come and some redemption left for him. I have so many more questions and I want to see those things answered. Everyone should hang in there and wait and see.

If Chic were to return one day, how do you think he might pop up?

He’s got to come back in a heroic fashion and save the town, Betty or somebody else, especially if he wants to get another shot, since he is so creepy.

Speaking of … it’s been well-established that Chic is, to put it one way, creepy AF. Do you empathize with him more now that some of his backstory has been revealed?

Since he was rescued from a horrible situation in that very first episode, I’ve had such a soft spot in my heart for Chic throughout the season. He comes from a whole different world and he doesn’t know how to live in this utopian-like town. It’s a circle and a square situation. He was trying to escape and blend into a new environment, but it got to a point where it wasn’t possible for him to do so. But you don’t know what someone has been through, so hold judgment.

When did you learn about Chic’s real identity, and how did that inform your approach to playing him?

[Series creator Roberto Aguirre-Sacasa] really wanted me to be in the dark for acting purposes and just live organically week by week. I talked to him to ask him some things like, “What is up with this guy?” and “What is going on?” But looking back on that now, I appreciate him keeping me on the edge and not revealing anything until I got the script. Everyone works in different ways, but I like that process.

Now we know Chic lived with and maybe killed Betty’s real brother, Charles. It’s clear the two shared a close relationship. Your character’s sexuality is never really established on the show, so did you imagine them as lovers?

I do think he genuinely loved Charles, but to what capacity, I’m not sure. I felt that this was his love and they shared a very deep connection with each other. Chic does have a very dark past, but also such a deep adoration for so many people. I think he’s a very loving person.

But can we actually trust anything he says since he’s been lying this whole time?

I don’t think so. In most situations, he just says what someone wants to hear which makes it difficult to know if he’s good or not. It’s “Riverdale,” so who knows? Hopefully, at some point he gets to a place where all the lying is done and he apologizes for taking so long to get to the truth. 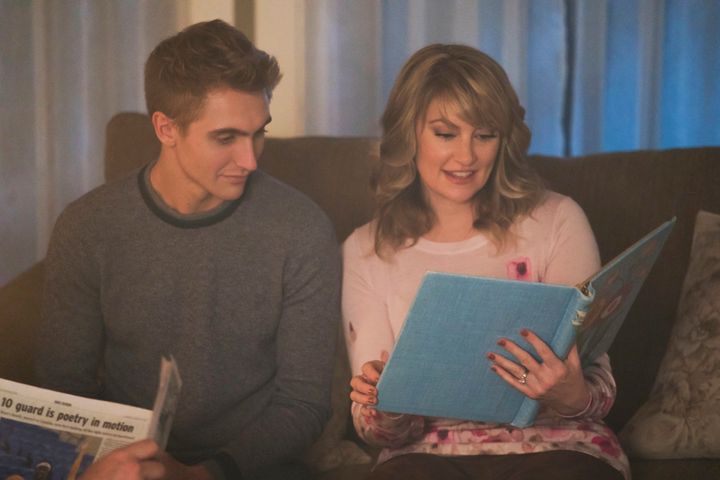 For fans who don’t know you outside of the show, what are you really like? Lili Reinhart (Betty) has joked that you have the same personality as Austin Powers. Is that true?

She’s such a goof. We quote “Austin Powers” all the time because we watch it so much. That character is obviously not the most intelligent being, so I’m not identical to him [Laughs] but I’m just a genuinely smiley, happy person. Chic is the complete opposite of me in that sense. While we were shooting the season, Lili always said she couldn’t wait for me to do interviews, so people can see me smiling nonstop.

Sometimes you play a role that’s too close to who you are and then people can’t separate it. Everybody is pretty understanding that I’m not a psycho, creepy or lying about stuff. It was a bit of therapy to crawl into someone else’s skin and not be Hart all the time.

Looking back, what was it like to join such a tight-knit cast in the second season? Do you feel part of the “Riverdale” family now?

Yeah, everybody took me in pretty lovingly with open arms from the get-go. I didn’t know that it was going to become what is is now. This whole process has been so wonderful and the cast is a real pleasure to be around because we are very grateful of this platform we’ve been given. The show is so powerful and it’s a beautiful thing.

I have to ask about Coachella, because it seemed like everybody from the cast was there. How did K.J. Apa (Archie) end up performing onstage with Kygo?

Kygo’s manager reached out to me and said they’re fans of the show and would love for [us] to come. We got to talking about K.J. playing guitar and then I called and got him down to Coachella.

So you hooked it up?!

Yeah, it was amazing to see. He had a phenomenal solo at the end and killed it.

This interview has been condensed and edited for clarity.