Robbie Williams wears floral shirt and shorts while out for dinner 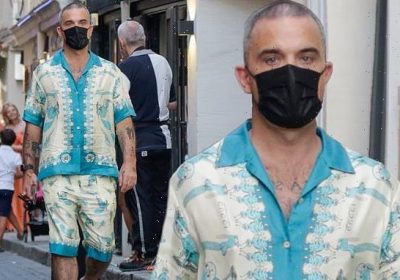 Robbie Williams turns heads in a Gucci cream and blue floral shirt and matching shorts worth £1,650 while out for dinner in Saint Tropez

Robbie Williams turned heads in an eye catching outfit while out for dinner with friends at chic restaurant Kinugawa in Saint Tropez.

The singer, 47, donned an £800 cream and blue floral Gucci x Freya Hartas printed shirt and £800 matching shorts on Monday – totalling an eyewatering £1,650 for the outfit.

He completed his look with Gucci sliders and a black face mask as he strolled through the streets. 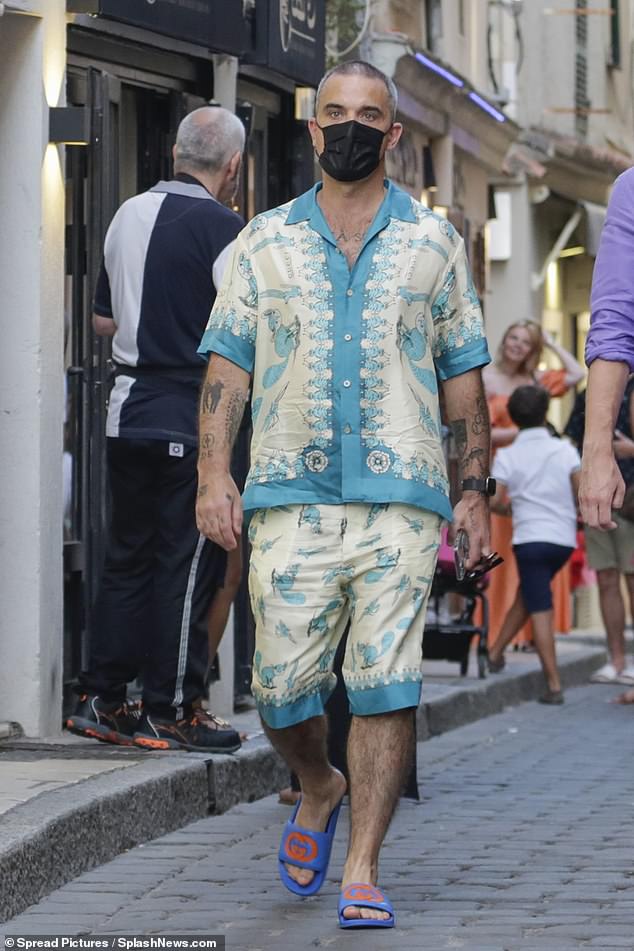 Style: Robbie Williams turned heads in an eye catching outfit while out for dinner with friends at Kinugawa in Saint Tropez on Monday

Robbie showcased his natural grey hair and shielded his eyes from the sun with a pair of sunglasses.

This trip comes after Daily Mail Australia reported the star is set to fly Down Under in the coming months to begin production on his upcoming biopic, Better Man.

The Greatest Showman’s Michael Gracey is said to be directing the upcoming project in his hometown of Melbourne. 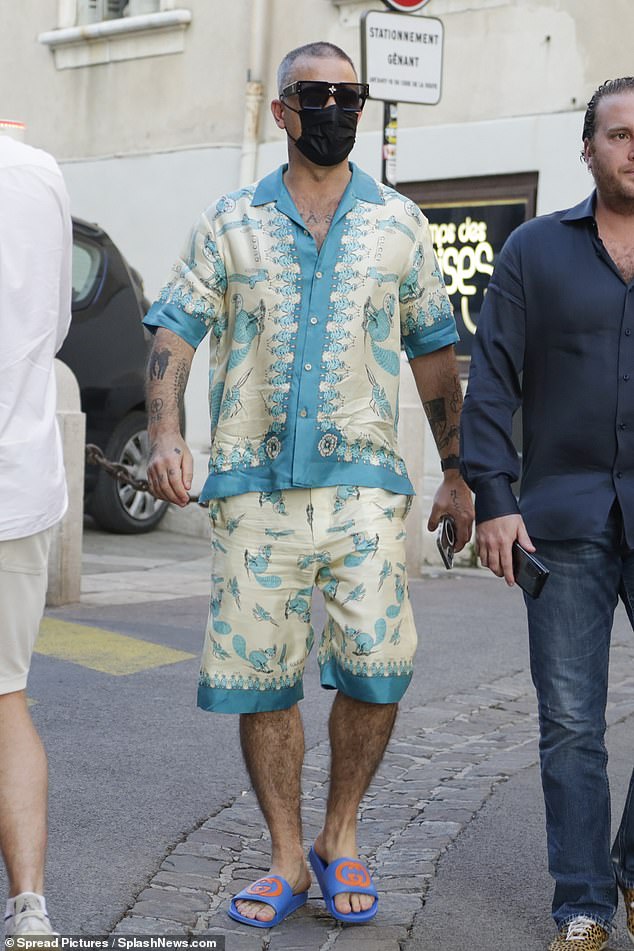 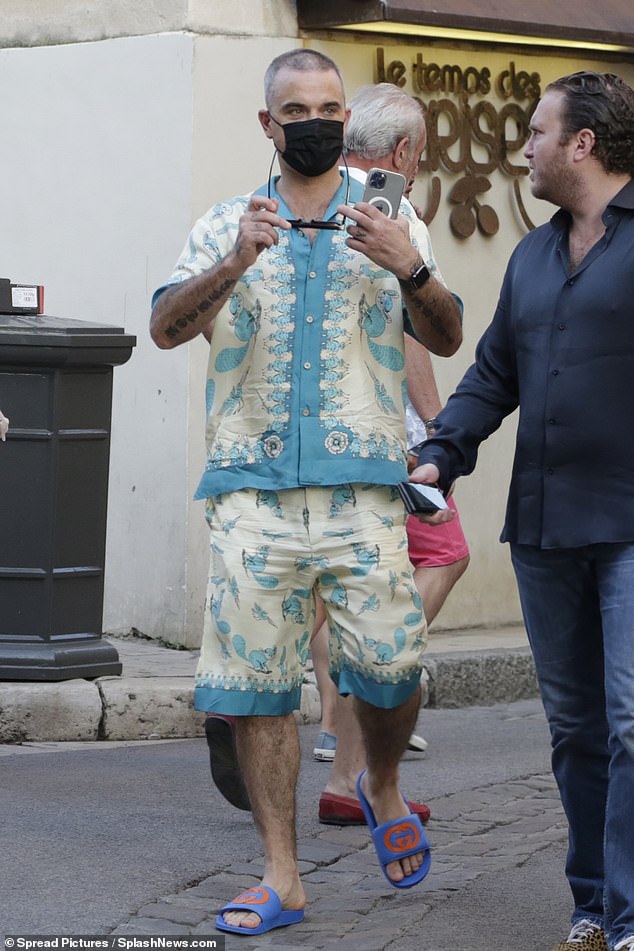 Work it: He completed his look with Gucci sliders and a black face mask as he strolled through the streets 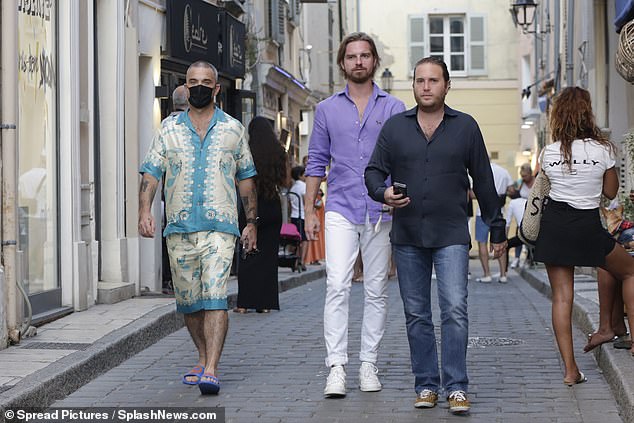 Out out: Robbie enjoyed a boys night out with a few close friends in the French Riviera

While exact details of the deal haven’t yet been announced, a movie source said that the project is ‘part of a $80million deal’ to ‘continue injecting money into the film industry’.

Robbie will temporarily relocate to Melbourne and security guards have been inspecting several mansions in the city for the singer.

Principal cinematography set to begin in the first three months of 2022.

The news comes four months after Rocket Science reportedly inked a deal with Village Roadshow Australia to distribute the film upon release. 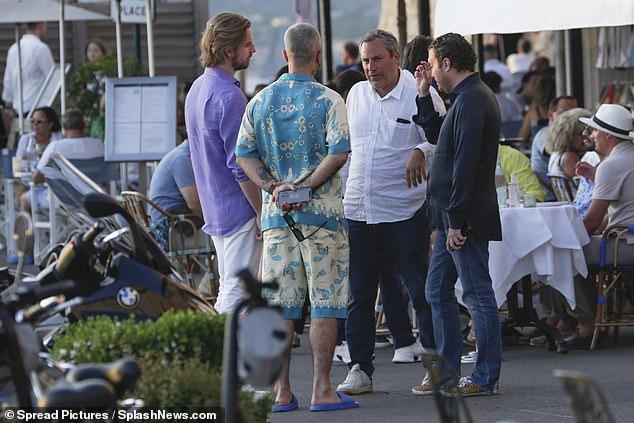 New look: Robbie showcased his natural grey hair and shielded his eyes from the sun with a pair of sunglasses

The biopic will tell the story of Williams’ ascent, exploring the experiences that made him who he is, and the demons he battled both on and off the stage.

It comes amid rumours the musician will be reimagined as a CGI monkey rather than be depicted by an actor in real life.

‘As for how we represent Robbie in the film, that bit is top secret,’ Gracey told Deadline back in February. ‘I want to do this in a really original way,’ he added.

‘I remember going to the cinema as a kid and there were films that blew me away and made me say as I sat there in the cinema, “I’ve never seen this before.” I just want the audience to have that feeling.’

Michael said the film will not be like Rocketman or Bohemian Rhapsody, which were about musical prodigies that the world had to catch up to.

He described Robbie as an ‘everyman’ who has an ‘incredibly relatable story’ about following your dreams.

Robbie found fame as a teenager as a member of Take That and found wider success when he went solo in 1996.

The film comes off the back of the success of Gracey’s Amazon documentary, Pink: All I Know So Far, following the singer, whose real name is Alecia Moore on tour. 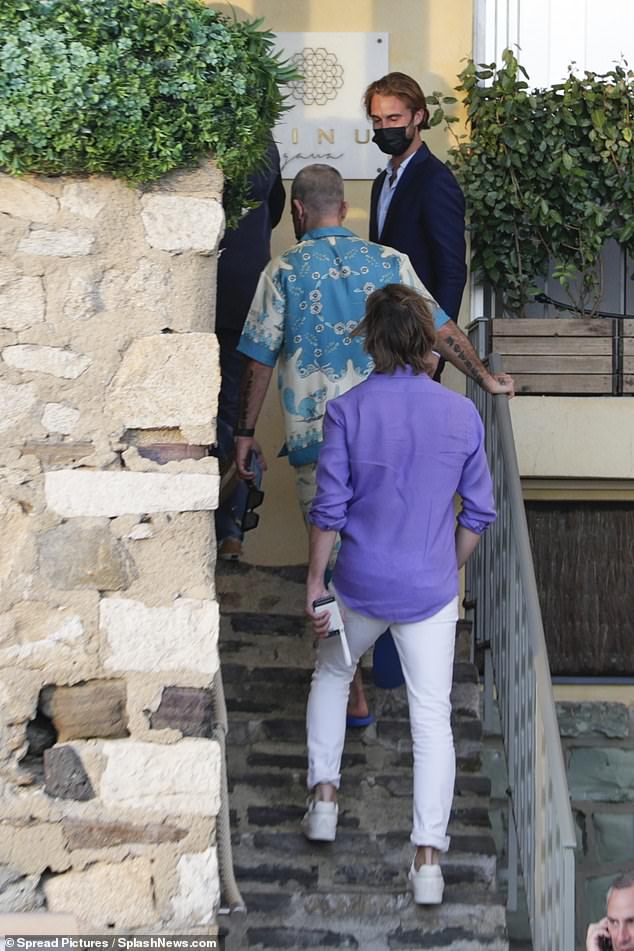 Chic: The group went for dinner at the chic restaurant  Kinugawa which over looks the gulf of Saint Tropez 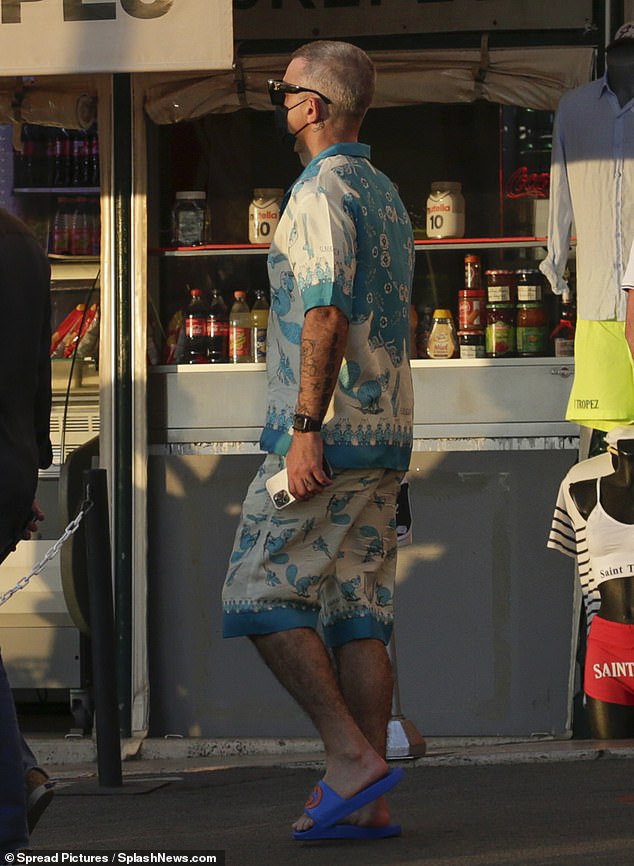 Chill: Robbie looked relaxed in the laid back coastal town