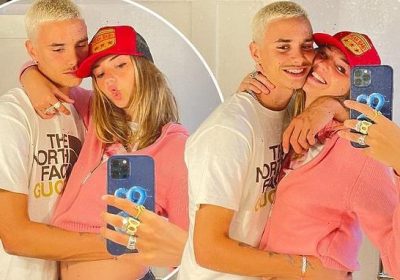 The son of ex-footballer David Beckham, took to Instagram on Monday to share two pictures of himself posing alongside his girlfriend Mia Regan, both aged 18.

The couple opted for stylish comfort in the snaps, with Romeo, still sporting his new short platinum hair, donning an all-white outfit. 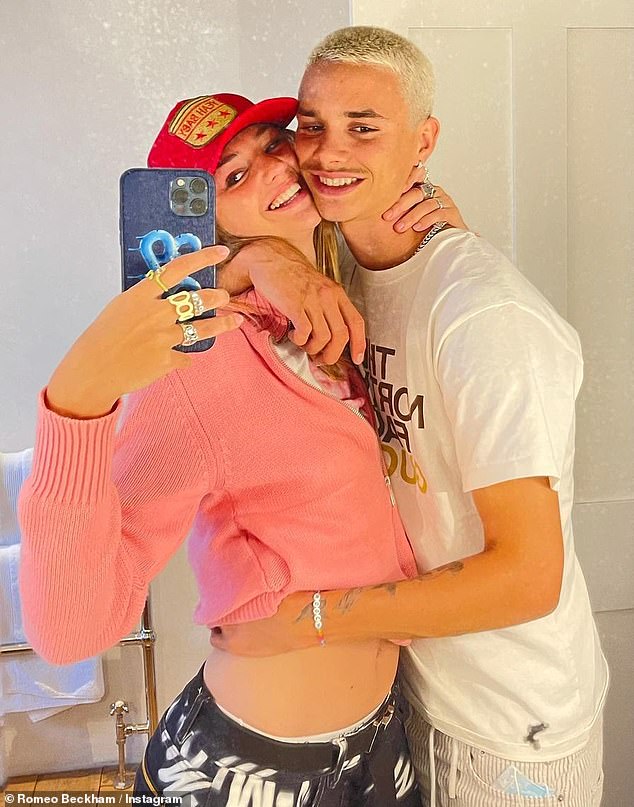 Happy couple: Romeo Beckham looked all loved-up as he hugged girlfriend Mia Regan in front of a mirror on Instagram on Monday

Romeo wore a white T-shirt from the expensive Gucci x North face collaboration alongside a pair of striped drawstring bottoms.

A silver chain was visible around his neck in the pictures, as well as a simple earring in his left ear.

Mia opted for a pink woollen jumper over a white t-shirt alongside a red cap inscribed with the words: ‘Yeah baby’.

She also wore a par of black trousers which featured a white graffiti design, paired with a thick black belt. 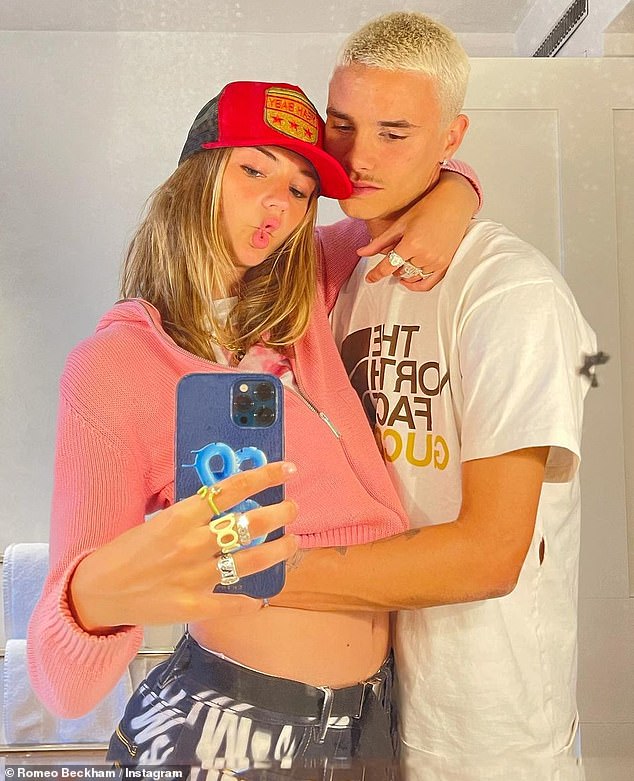 Loved up: The couple opted for stylish comfort in the snaps, with Romeo, still sporting his short blonde hair, donning an all-white outfit

A selection of rings could also be seen adorning fingers on both of her hands as she held boyfriend Romeo close.

The budding footballer – who looked typical trendy in a graphic T-shirt teamed with corduroy trousers – later shared a snap of himself sitting at a garden table while showing off his new look.

Romeo’s dad David – who rocked an identical hairstyle in 2007 – was quick to poke fun at his son for copying him, writing: ‘Nice hair @romeobeckham I wonder where u got that idea from.’ 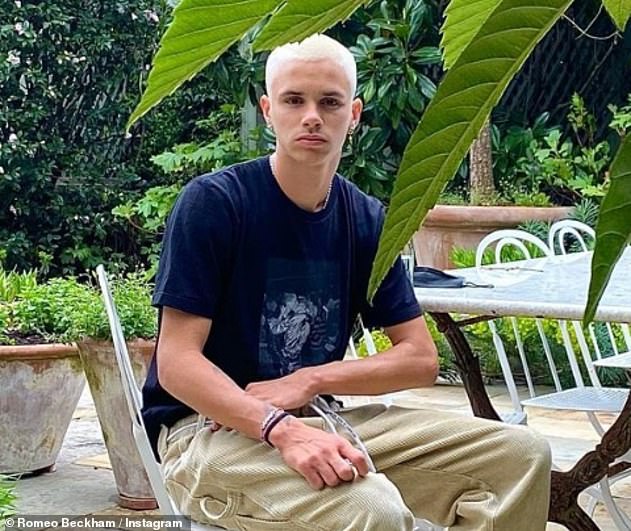 Romeo has often copied his famous father’s hairstyles – back in May last year he wore his locks in braids as he spent time in lockdown with his family.

This was a nod to David’s iconic 2003 look, with Romeo also sporting a man bun like his dad.

Romeo’s girlfriend Mia Regan was also quick to assure him that she was a fan of his new look, leaving an emoji with a heart beneath his post. 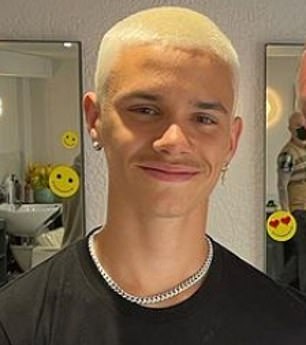 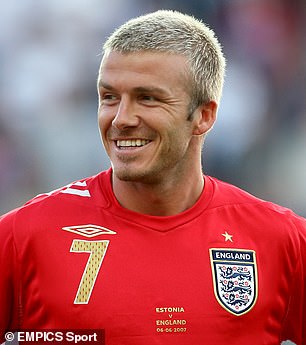 Inspiration: Romeo’s makeover left him looking lots like his dad David, who sported a near-identical look in 2007 (pictured)