He’s been embroiled in legal drama with his ex Jen Harley, after she allegedly assaulted him with eyeliner.

But that seemed to be the furthest thing from Ronnie Ortiz-Magro’s mind as he hung out with several young women outside of The Highlight Room in Hollywood on Monday.

One of the women boldly flashed her bare breasts to the Jersey Shore star, 34. 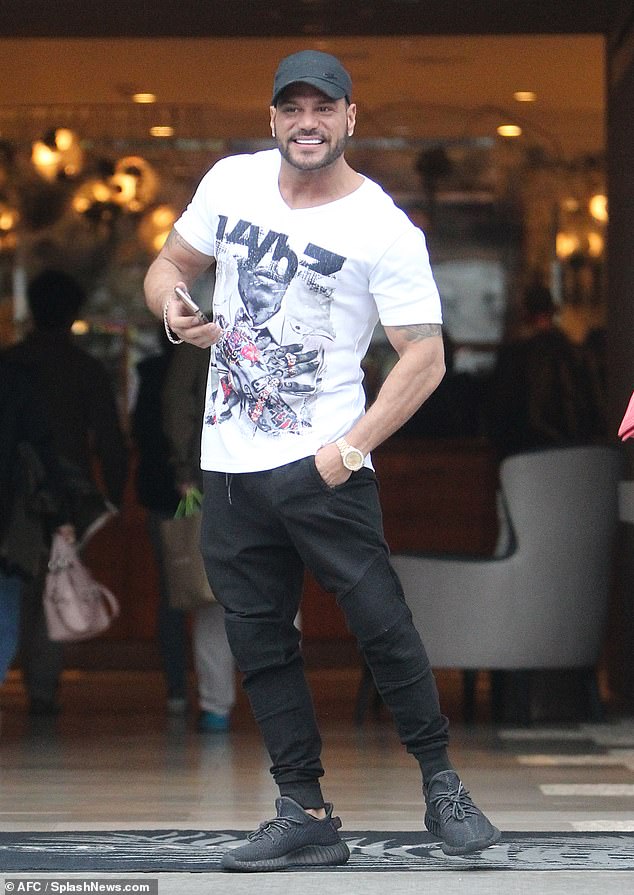 That’ll take his mind off things! Ronnie Ortiz-Magro got flashed by a woman in Hollywood on Monday 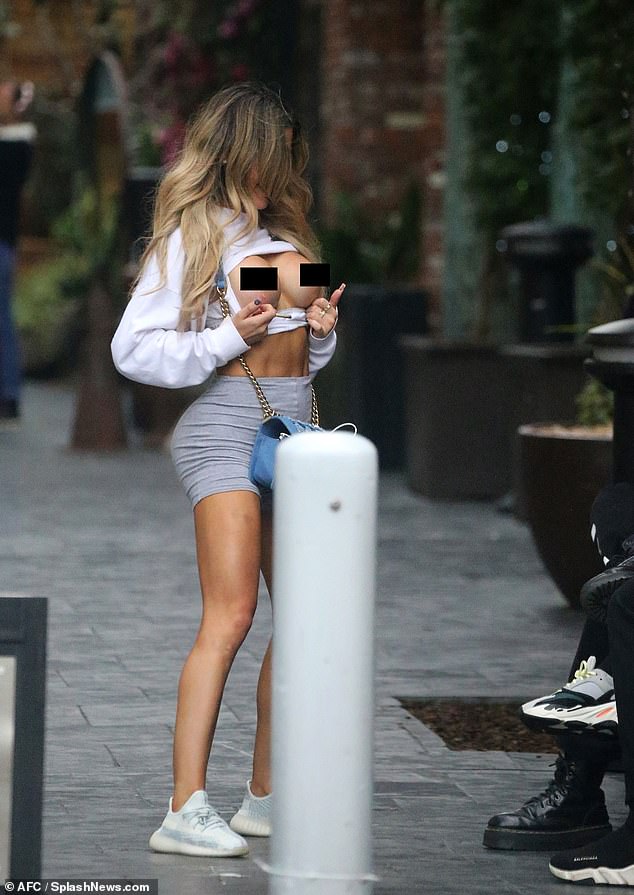 Not shy! The young woman pulled down her bra to show off her bare chest

She pulled down the bottom of her bar and lifted her sweatshirt up in order to show off her cleavage.

Ronnie’s reaction wasn’t seen, but certainly that was enough to get his mind off his problems.

The identity of the woman isn’t clear, but she was looking stylish in grey shorts, trainers, and a blue purse worn across her body.

The reality star seemed to be enjoying himself as he mingled with the woman and several other ladies outside of the bar. 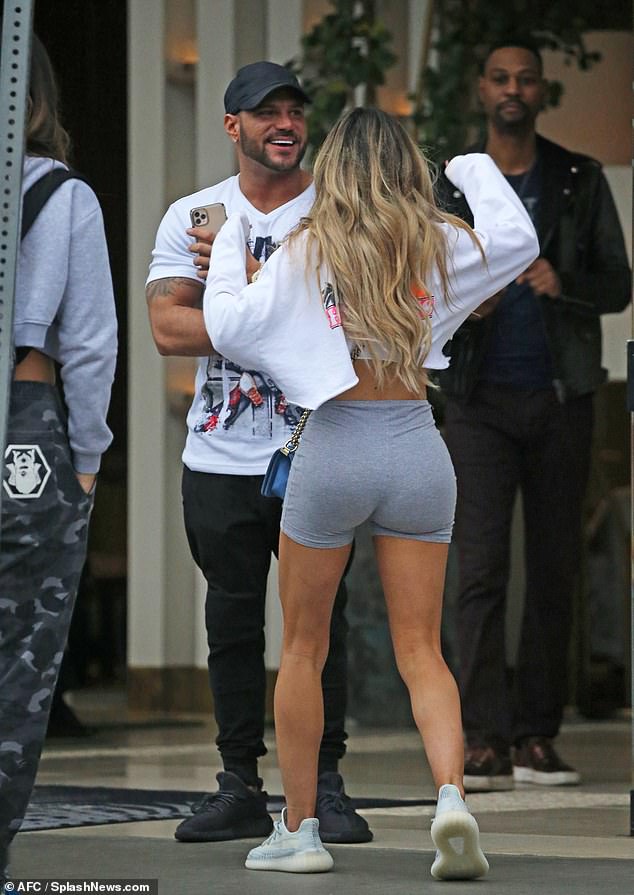 Amused! The Jersey Shore star had a huge smile on his face as he hung out with the woman 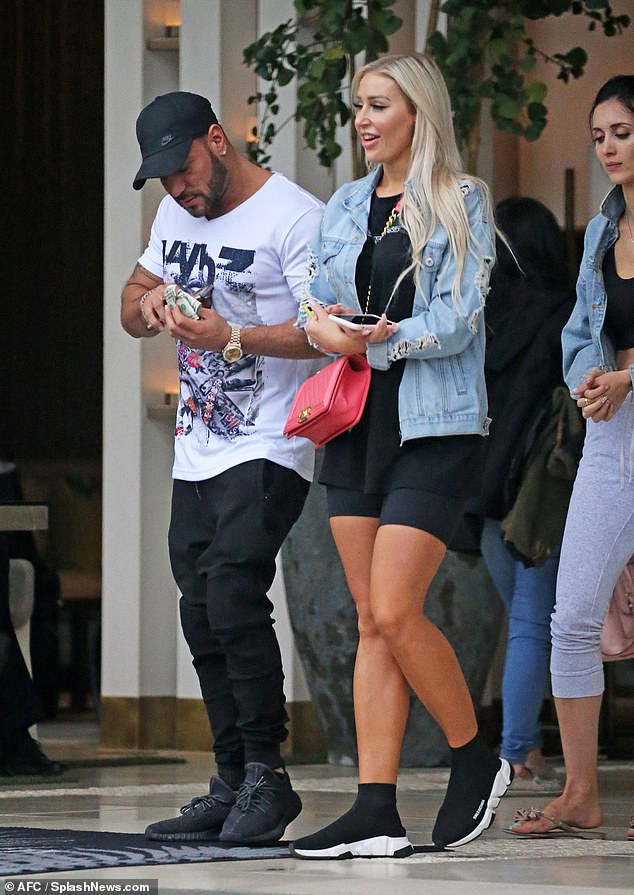 Hanging out: The reality star was seen mingling outside the bar with several women 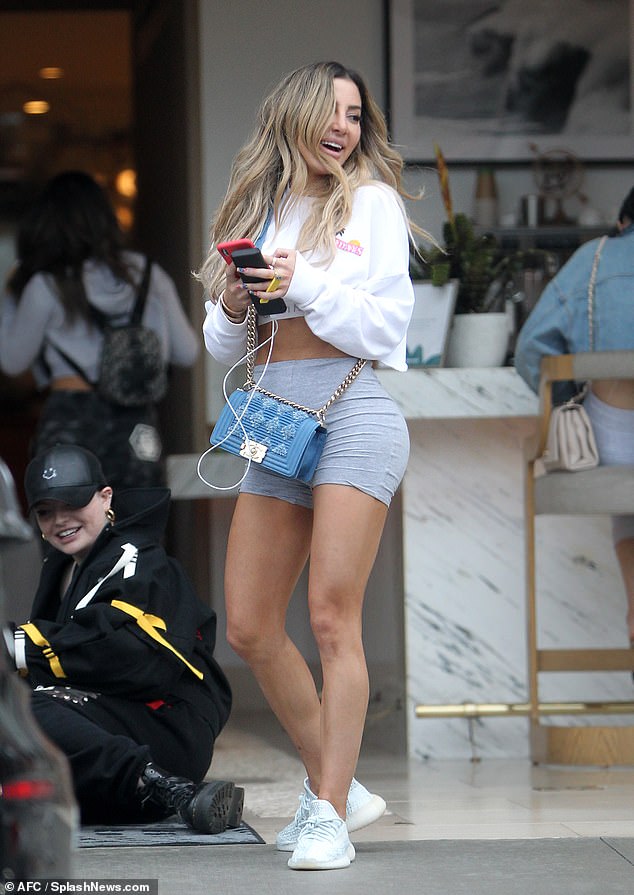 The fun wasn’t over yet for the group, as they then took two limos to Universal Studios.

Ronnie’s action-packed day must have helped take his mind off his turbulent relationship with his ex Jen. 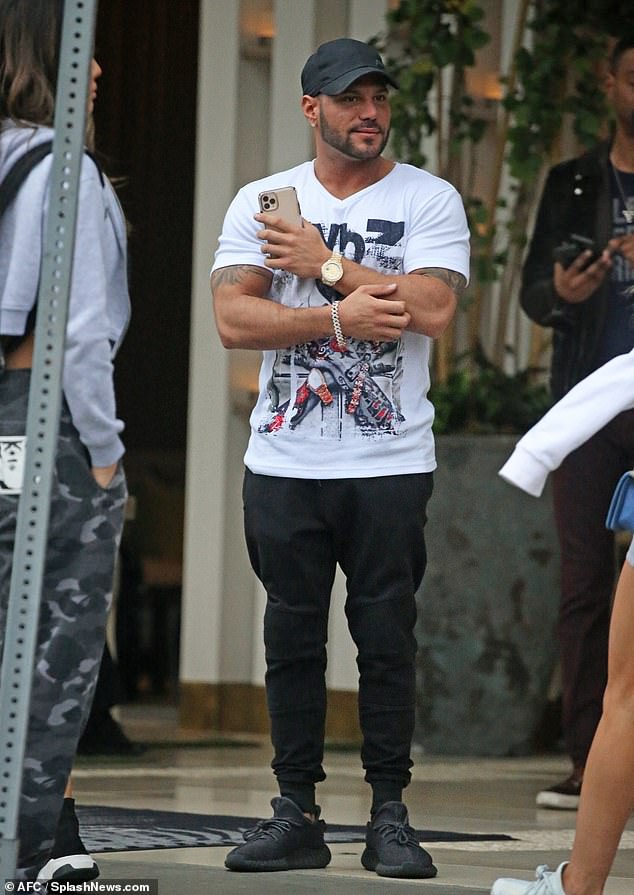 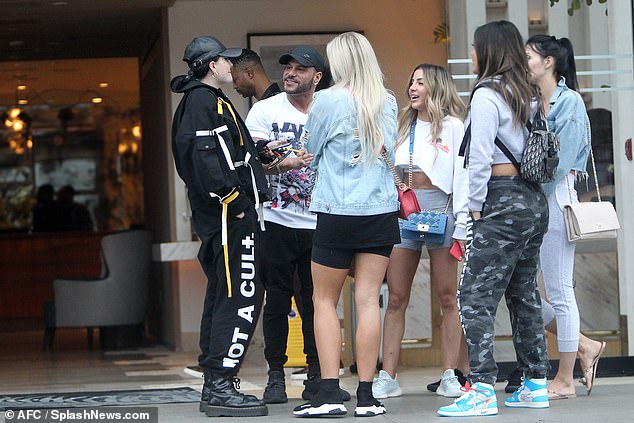 Social hour: Surely a day with friends  took his mind off his rocky relationship with Jen Harley

The reality star was granted a protective order against Jen after she allegedly assaulted him on Saturday night.

During part of the attack, she allegedly attempted to gouge his eye out with an eyeliner pencil.

The fight all started after Jen says she found makeup belonging to another woman in his trash, according to TMZ.

She accused him of cheating on him, allegedly assaulted him with eyeliner she found in the trash, and hit him in the face.

Jen, who already has a restraining order against her ex, now must stay 100 yards away from him until February 25, when the order expires. 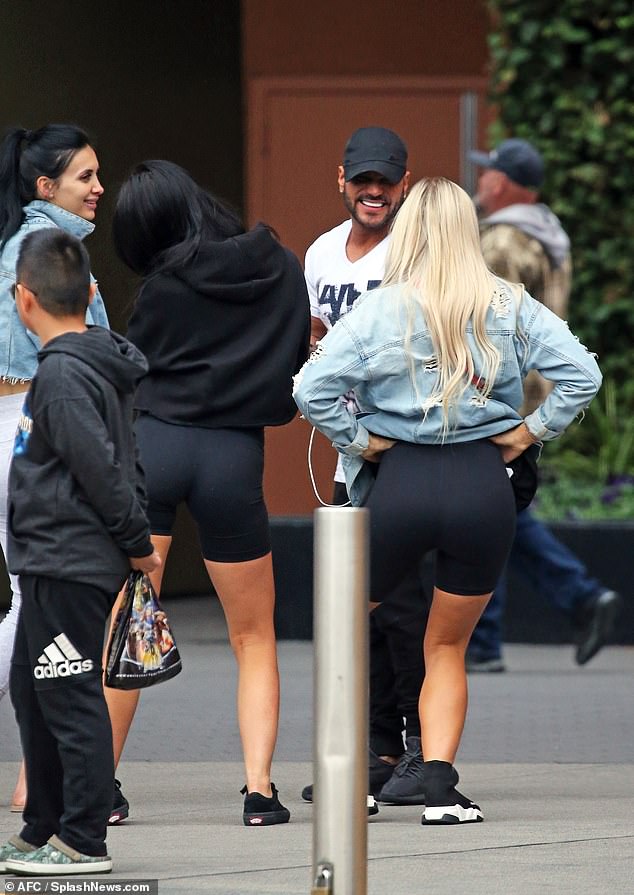 More fun: The fun wasn’t over yet for Ronnie and his friends, as the group then took two limos to Universal Studios 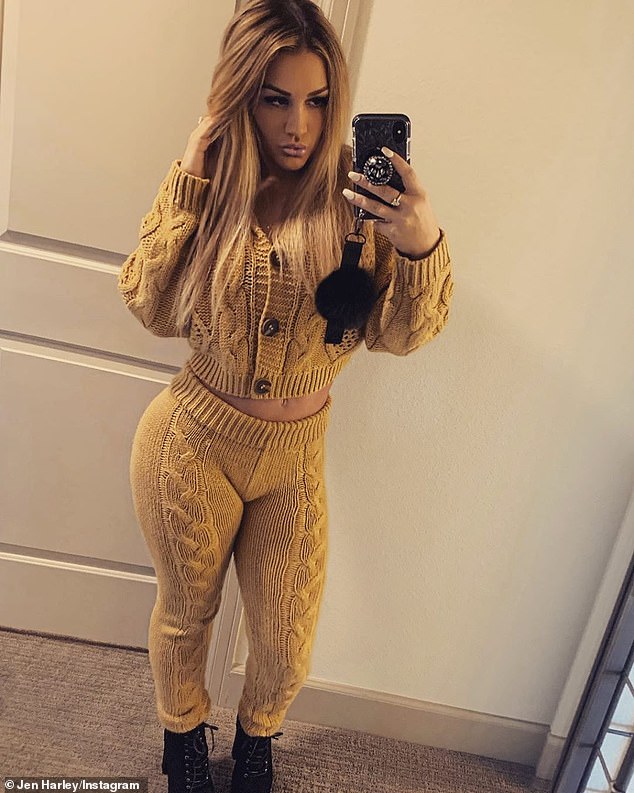 Legal drama: The reality star was granted a protective order against Jen after she allegedly assaulted him on Saturday night (pictured on Instagram last week)