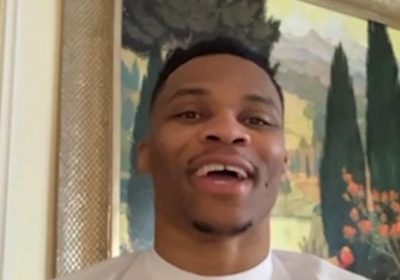 The 32-year-old SoCal native has partnered with the L.A. Promise Fund to launch the “Russell Westbrook Why Not? Academy” … which will cater to students in South Los Angeles from grades 6 through 12.

Brodie announced the decision in a touching video on Wednesday … while he was being interviewed by one of his future students!

“My plan is making sure you guys and the future kids coming in have access to all the resources you need to be successful,” the former NBA MVP said.

The schools will focus on providing access to “high-quality athletic programs while balancing a strong education and leadership development,” according to a statement from the Foundation.

Westbrook says he will be actively involved with the school — and will serve as a board member to oversee the progress.

Of course, LeBron’s “I Promise” School in Akron has been a huge success — with student program’s test scores exceeding expectations since it opened in 2018.