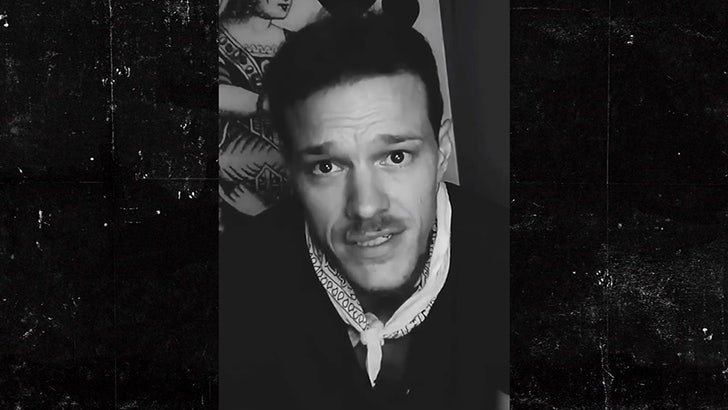 Ryan Dorsey‘s struggling to help his son adjust to life without his mother, Naya Rivera … and 2 months after her death the stress and some hateful rumors are taking a toll on him.

He says he can’t sleep, has lost 20 pounds and wakes up immensely sad at the thought of his son growing up without a mother in his life … all while dealing with hatred and death wishes upon them.

Ryan poured his heart out in a 12-minute video about Naya’s death … and about people on social media sending “terrible messages wishing death upon strangers they truly know next to zero about.”

He says explaining the loss of Naya to Josey is the hardest part — “You tell him she’s an angel now and she’s with God and she’s in heaven, and he says ‘I wanna go there. How do I get there?’ I wouldn’t wish that upon any of your ears to have to hear that. To hear those words come out of the sweetest soul you know.”

Ryan also addressed “ill-advised, illogical, misinformed tabloid” rumors that he and Naya’s sister, Nickayla, are in a relationship … explaining she’s been a rock for Josey, who calls her Titi. He says Josey wants his Titi “to live with us forever” because she’s now the closest thing he has to a mom.” 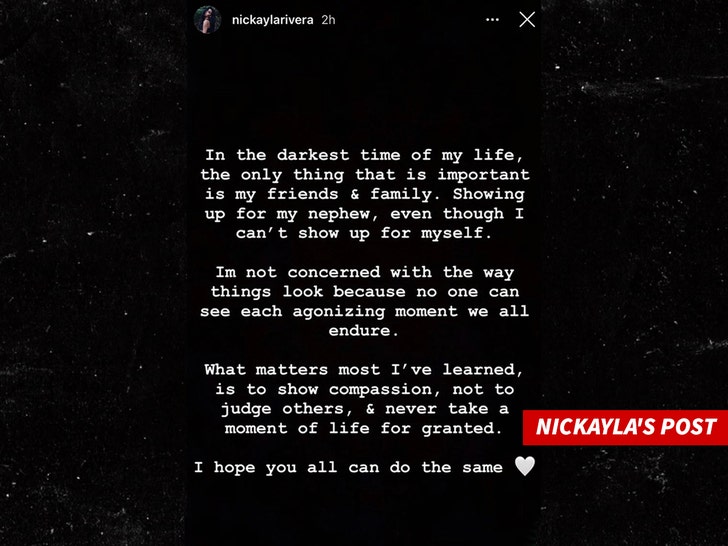 Ryan says he was at Target with Nickayla looking to buy some items for Josey’s birthday party when 2 girls followed them taking pictures. He called out the girls and several tabloids for “creating a false narrative based on an angle of a photo of 2 people grieving who have been living their life out of suitcases, and just trying to get settled into a new place.”

Nickayla also took to Instagram to clear the air about the nature of her relationship with her ex-brother-in-law … saying she’s not concerned with the way things look “because no one can see each agonizing moment we all endure.” She added, “What matters most I’ve learned is to show compassion, not to judge others, & never take a moment of life for granted.”