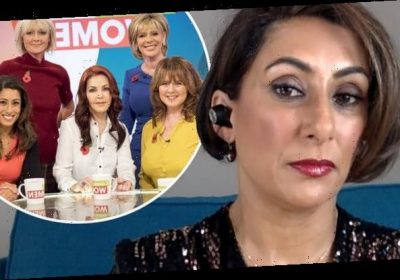 ‘There are others who have had their time’: Saira Khan says she thinks more panellists should quit Loose Women and reveals she didn’t tell any of them about her exit

She quit Loose Women at the start of the year after ‘reassessing her priorities’.

And Saira Khan admitted she believes more of the panel should leave the show following her and Andrea McClean’s exits.

The presenter, 50, said ‘others have had their time’ and said she didn’t tell any of the girls she was leaving after five years on the show in an interview with New! Magazine. 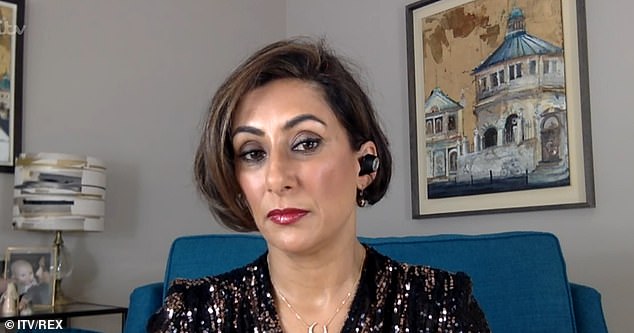 ‘They need to renew and refresh’: Saira Khan admitted she believes more of the Loose Women panel should leave the show following her and Andrea McClean’s exits

Saira said: ‘I actually think there are other women on that show who have had their time and they need to renew and refresh.

‘I don’t mean anyone in particular, to keep that show fresh and relevant you have to look around and you know when your time is up.’

Saira said she decided not to tell her co-stars about her departure because she wanted to announce it ‘on my terms’ and didn’t ‘want a big drama’. 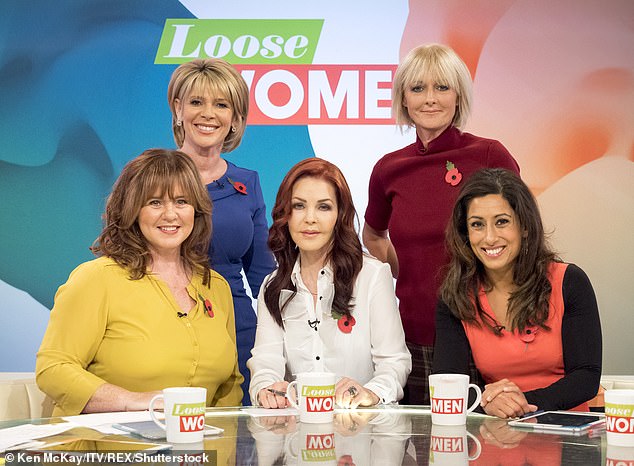 Honest; The presenter said ‘others have had their time’ and didn’t tell any of the girls she was leaving (pictured with Coleen Nolan, Ruth Langsford, Priscilla Presley, Jane Moore in 2015)

The former Apprentice star added about how sometimes voicing her opinions on the show made her a victim of trolling.

She told the publication: ‘At times I really put my neck on the line and got threats and abuse from the [Asian] community when I talking about tattoo subjects.’

However Saira said she feels like she had done her duty to represent women from her background and would love to see ‘a gay or transgender woman take my seat’.

It comes after the presenter spoke more about her decision to move on in an Instagram post, as well as her hope for how it would shape the show in the future.

Sharing a snap of herself on a magazine cover, she wrote: ‘Twenty years from now you will be more disappointed by the things that you didn’t do than by the ones you did do, so throw off the bowlines, sail away from safe harbor, catch the trade winds in your sails. Explore, dream, discover. Mark Twain 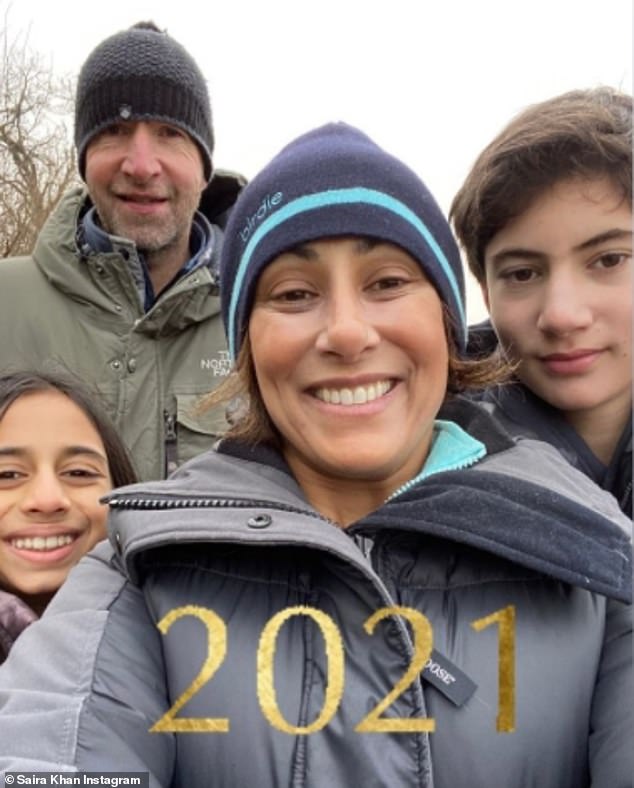 Family: Saira lives in Oxford with her husband Steve Hyde, they share two children Zac, 12, and Amara, nine, who they adopted from Pakistan in 2011

‘So for me change comes at the beginning of 2021 by leaving a familiar seat on @loosewomen . It wasn’t an easy decision, but one that I needed to make in order to grow myself in other ways.

‘I came to the show a troubled soul and I will eternally be grateful for the platform @loosewomen gave me to share, speak up and out.

‘I will miss the great women who have become my very close friends. I feel honoured and privileged to have sat alongside them and learnt from them. 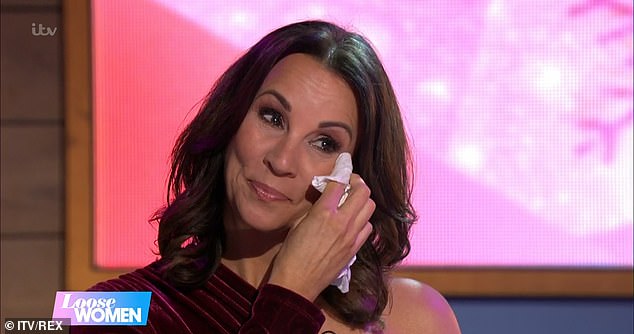 ‘I leave the show feeling I’ve dealt with the baggage and now can enjoy moving forward to grow and enjoy new life opportunities, which includes growing my skincare business @sairaskinuk and exploring other Media projects.

‘I’d love my @loosewomen seat to be given to either a gay, transgender or non binary person – that will help the show to be more reflective of the world we live in. That’s what I would do if I was in charge.

‘I don’t like formal goodbyes, so I won’t be on the show to look back at my “best bits”. That’s not how I want to say goodbye…

‘@loosewomen it was an honour and a privilege to be part of this iconic show of strong, talented, fiesty, honest, opinionated , caring, loving women. Thanks for the opportunities and everlasting friendship and memories.

‘Thank you to the amazing audience who have watched and supported me, and now follow me here. You have given me so much love and self confidence, more than you will ever know.’

She concluded: ‘Thank you from the bottom of my heart. You’ve helped shape me, to become the woman I want to be, moving forward. Thank you.’ 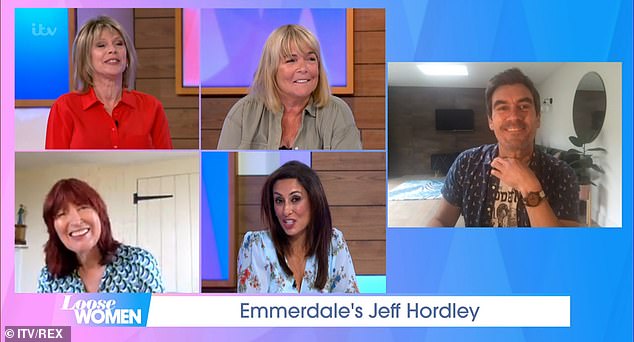 Decision: Saira explained: ‘I start this new year by saying goodbye to Loose Women. After five years of being a regular panellist, I’ve decided to give up my seat to another woman’