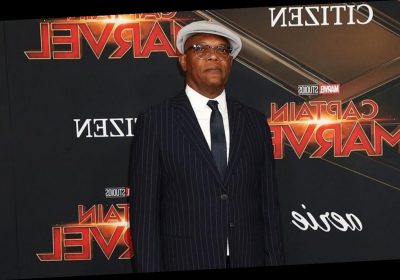 The Nick Fury of Marvel Cinematic Universe becomes the latest celebrity to get his first injection of the coronavirus vaccine amid the ongoing health crisis.

AceShowbiz –Samuel L. Jackson has received his first dose of the coronavirus vaccine.

The 72-year-old actor has taken to Instagram to post a photo of himself outside The Forum in Inglewood, California, where he was given his first dose of the vaccine.

The Hollywood star – who is seen sporting a face mask featuring animated Avengers characters – wrote on the platform, “At The Forum getting that 1st jab!! #lookoutworldbouttobustbackout#vaccinespring#gogitchyoursigotmine.”

Jackson – who plays Nick Fury in the Marvel movies – will receive a second dose of the vaccine in the coming weeks.

The veteran actor previously pleaded with his fans to “stay the f**k at home” during the pandemic.

Jackson appeared on “Jimmy Kimmel Live!” in April (20), when he read a spoof children’s bedtime story, written by Adam Mansbach, in the hope of helping to slow the spread of the disease.

Jackson is the latest celebrity to have received the Covid-19 vaccine, following Arnold Schwarzenegger, Judi Dench, and Joan Collins.