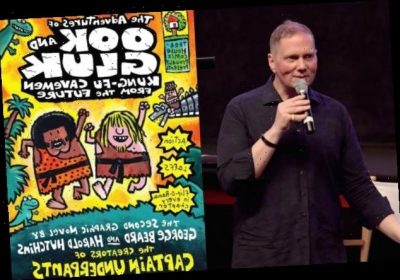 Author Dav Pilkey has also apologized and is donating proceeds from “The Adventures of Ook and Gluk: Kung-Fu Cavemen From the Future” to “organizations designed to stop Asian hatred” 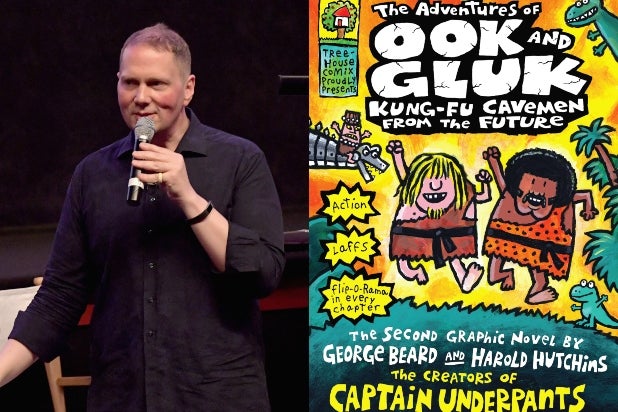 Scholastic book publishing has pulled Dav Pilkey’s “The Adventures of Ook and Gluk: Kung-Fu Cavemen From the Future” from publication and offered an apology for the 2010 graphic novel’s “passive racism.” Pilkey — the creator of the wildly popular “Captain Underpants” series — offered his own apology and pledged to donate proceeds from the book to organizations supporting kids’ art programs and fighting racism against Asian Americans.

“On Monday, March 22, 2021, with the full support of Dav Pilkey, Scholastic halted distribution of the 2010 book ‘The Adventures of Ook and Gluk,’” the company announced Friday. “Together, we recognize that this book perpetuates passive racism. We are deeply sorry for this serious mistake. Scholastic has removed the book from our websites, stopped fulfillment of any orders (domestically or abroad), contacted our retail partners to explain why this book is no longer available, and sought a return of all inventory. We will take steps to inform schools and libraries who may still have this title in circulation of our decision to withdraw it from publication.”

“Throughout our 100 year history, we have learned that trust must be won every day by total vigilance,” the statement continued. “It is our duty and privilege to publish books with powerful and positive representations of our diverse society, and we will continue to strengthen our review processes as we seek to support all young readers.”

The book follows two children through time as they learn about science and, among other things, study kung fu and Chinese philosophy.

Last week, Pilkey posted an apology to his YouTube channel, noting that the book “was intended to showcase diversity, equality and non-violent conflict resolution.”

“But this week it was brought to my attention that this book also contains harmful racial stereotypes and passively racist imagery,” he said. “I wanted to take this opportunity to publicly apologize for this. It was and is wrong and harmful to my Asian readers, friends, and family, and to all Asian people.”

He added that he and his wife plan to donate all advances and royalties from the sale of the book ” to charities that provide free books, art supplies, and theater for children in underserved communities; organizations that promote diversity in children’s books and publishing; and organizations designed to stop Asian hatred.”

At the time of the book’s release, it was a hit. “The Adventures of Ook and Gluk” hit the number-two spot on the New York Times bestsellers list in the “hardcover graphic books” category. It was on the list for 33 weeks.

The pulling of the book comes at a time when mass media — including children’s books — is facing a reckoning over racist stereotypes and imagery that publishers no longer feel are appropriate. Earlier this month, Dr. Seuss Enterprises, the company in charge of preserving the beloved children’s author’s legacy, announced that six Seuss books will be permanently discontinued due to material deemed racist or insensitive.

Scholastic’s decision regarding the Pilkey book also comes amid a national conversation around racism toward Asian Americans, which has followed not only a spike in hate crimes, but a mass shooting earlier this month that left eight dead, six of whom were Asian American women.