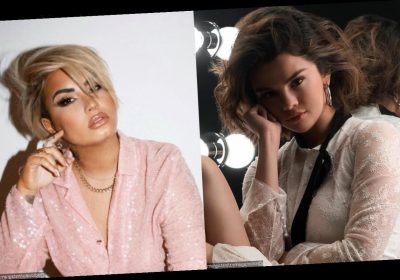 Name-dropping bosses at YouTube, Facebook, Instagram, Twitter and Google, the ‘Wolves’ singer claims that the breach at the Capitol Hill ‘is the result of allowing people with hate in their hearts to use (social media) platforms.’

AceShowbiz –Selena Gomez has once again called out social media and their leaders in the wake of the Capitol riot. Name-dropping YouTube, Facebook, Instagram, Twitter and Google as well as their leaders, including YouTube CEO Susan Wojcicki, Facebook COO Sheryl Sandberg, Facebook CEO Mark Zuckerberg, Twitter CEO Jack Dorsey, and CEO of Alphabet Inc. and Google Sundar Pichai, the singer/actress blamed the sites for the violent protest that took place in Washington D.C. on Wednesday, January 6.

“Today is the result of allowing people with hate in their hearts to use platforms that should be used to bring people together and allow people to build community,” she wrote in a statement posted on her Twitter account. “Facebook, Instagram, Twitter, Google, Mark Zuckerberg, Sheryl Sandberg, Jack Dorsey, Sundar Pichai, Susan Wojcicki – You have all failed the American people today, and I hope you’re going to fix things moving forward.”

Selena Gomez ripped social media CEOs in the wake of the Capitol riot.

Selena previously condemned Facebook and Instagram for not taking down Neo-Nazi pages and allowing them to sell racist products on such accounts. She took to Twitter to voice her rage, writing in December, “I’m speechless. @Facebook @Instagram how are you tolerating this hate? There’s still accounts there even though you have been notified!!”

Meanwhile, Selena wasn’t the only celebrity who was outraged by the Capitol riot. Her pal Demi Lovato has also reacted to the Capitol breach by sharing a screenshot of a tweet by Black Lives Matter’s official Twitter account which read, “So we all just gonna act like it’s ok that white folks are storming the Capitol with no police response! But when we protesting to save our damn lives the police beat the S*$T out of us. Come one y’all!”

The “Commander in Chief” singer added with the screenshot, “My heart is broken. It makes me to sad to believe how naive I was to think this couldn’t possibly happen, and yet it did. Here we are. For everyone in my comments saying ‘where’s d7’ or wanting me to sing instead of speaking up about what needs to change in this country…”

Demi Lovato is making music in response to the protest by Trump’s supporters.

“THIS IS WHY I POST AS MUCH AS I DO. THIS IS WHY I CARE. THIS CANNOT HAPPEN ANY F**KING MORE. I’m angry, embarrassed and ashamed,” she continued, before revealing that she’s making new music in response to the riot. “I’m in the studio working on something special after today’s assault on democracy,” so she teased.