Shannen Doherty hits out at Hollywood's obsession with Botox 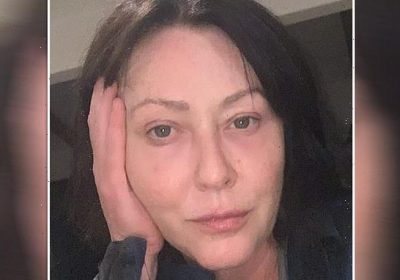 Shannen Doherty, 50, hits out at Hollywood’s obsession with Botox and fillers as she shares makeup-free selfie: ‘I want to see women like me’

The Beverly Hills, 90210 alum, 50, shared a makeup-free selfie of herself, as she talked about how she’s learned to embrace her face and loves that it shows how she’s ‘lived’.

Hitting out at how fillers and Botox have become so popular in the entertainment world, Shannen wrote: ‘Watching movies tonight and noticed there were few female characters I could relate to. You know, women without fillers, without Botox, without a facelift.’ 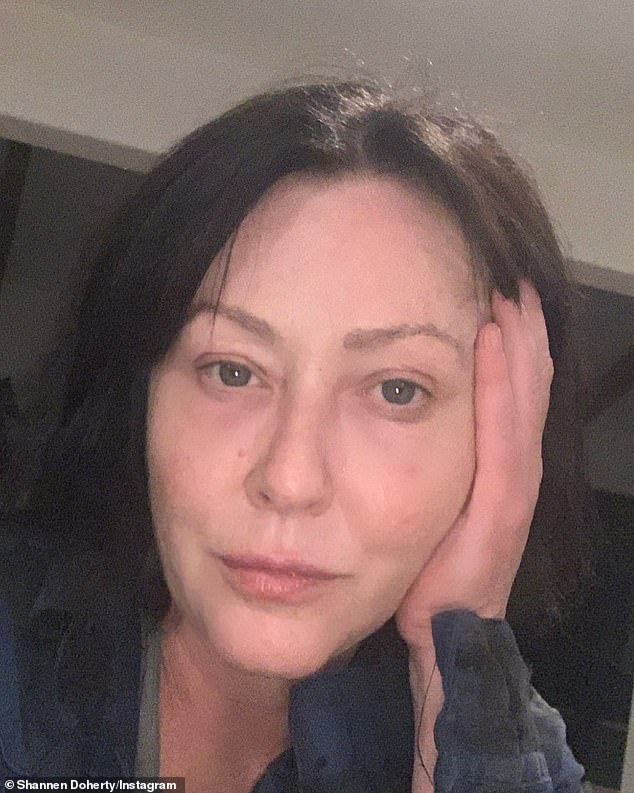 Natural beauty: Shannen Doherty shared a makeup-free selfie on Sunday as she talked about the Hollywood obsession with Botox and fillers

‘Women who embraced their face and all the experience it showed. I have lived. I love that I’ve lived and that my face reflects my life.

‘I survived a lot yes cancer but more than that. I embrace me now. Finally. Done with the perception magazines and Hollywood try to make us in to. I want to see women like me. Women like us.’

Shannen was diagnosed with breast cancer, which had spread to her lymph nodes, in March 2015. In 2016 she had a single mastectomy which revealed some of the cancer had spread beyond the lymph nodes.

She underwent chemotherapy and radiotherapy and in April 2017 the actress revealed that her cancer was in remission. On February 4 2020 she announced the cancer had returned the previous year and she was now stage four.

Women like us: The 50-year-old actress said she wants to see more women who embrace their face without all the cosmetic procedures 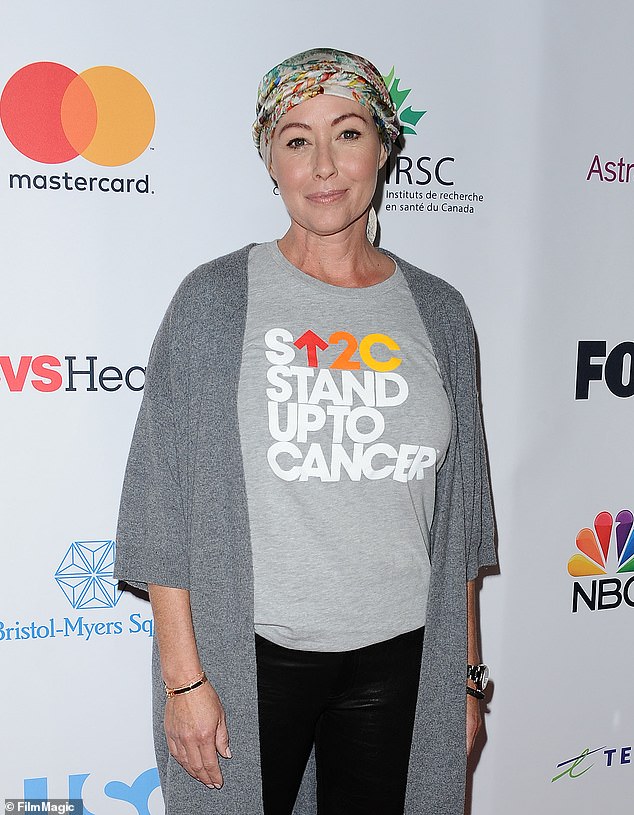 Health battle: Shannen was treated for breast cancer which had spread to her lymph nodes in 2015. In 2017 she revealed her cancer was in remission. Two years later the cancer came back and she announced in 2020 that she is now stage four. She is pictured in September 2016

Amid her health battle the former Charmed star reflected on how it forced her to reevaluate her relationship with her body.

Talking to People in 2019, she said: ‘What [people] don’t realize is that your body has been through something so incredibly difficult that your body never fully bounces back.

‘I’m trying to figure out how to accept who I am now,’ she added. ‘I’m never going to be the size I used to be. Some of my meds that I’m on keep zapping the collagen out of me, so I’m never going to have a wrinkle-free face. I’m critical of myself. But there are some things you can’t fight.’ 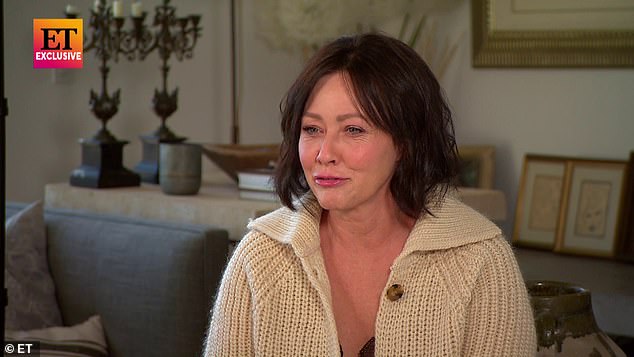 ‘I’m trying to figure out how to accept who I am now’: Shannen revealed in 2019 that her health battles had forced her to reevaluate her relationship with her body

However, she said she’s trying to practice more self-love. ‘I’m trying to be kinder to myself,’ she added. ‘And I try to live each day as an amazing, precious gift that I’ve been given.’

Shannen made her stage four diagnosis public after reuniting with her Beverly Hills castmates for the BH90210 reboot.

It came shortly after the death of their costar Luke Perry in March 2019.

‘One of the reasons, along with Luke, that I did 90210 and didn’t really tell anybody [was] because I thought, people can look at that [as] people with stage 4 can work too,’ she told ABC News. ‘Our life doesn’t end the minute we get that diagnosis. We still have some living to do.’ 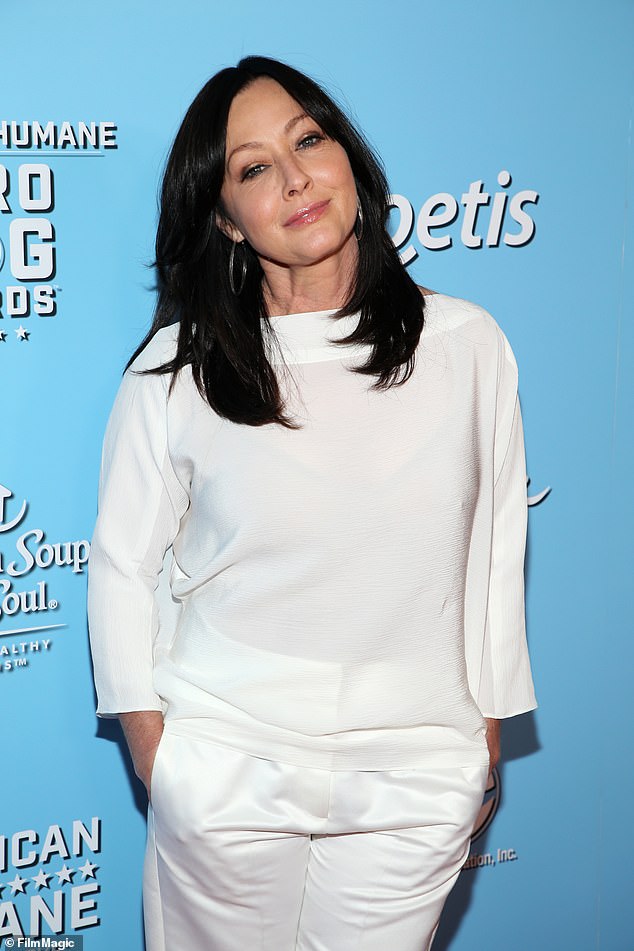 ‘Our life doesn’t end the minute we get that diagnosis. We still have some living to do.’ Shannen (pictured in October 2019) said in 2020 when she announced her stage four diagnosis