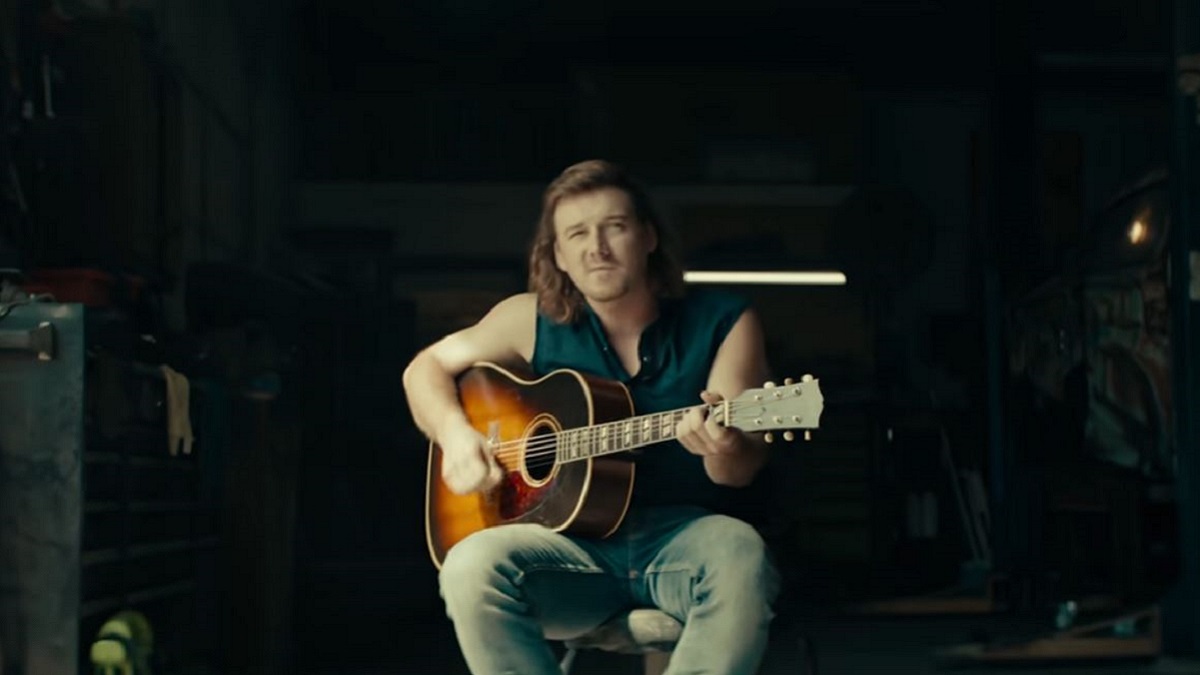 Morgan Wallen has uploaded an Instagram video in which he confirms that he’s no longer appearing as a musical guest on this week’s SNL.

He said he received a call (see video below) from SNL informing him that he will no longer participate in Saturday’s episode of the show after he violated social distancing protocols.

He went on to say that although he has not tested positive for COVID-19, his actions over the weekend were “short-sighted” and have affected his “long term goals and dreams.”

He concluded by saying, “I respect the show’s decision because I know that I put them in jeopardy, and I take ownership for this. I’d like to apologize to SNL, to my fans, to my team for bringing me these opportunities, and I let them down.”

Before the latest development, people had been expressing concern that a TikTok video that shows Morgan Wallace ignoring social distancing rules while partying maskless could jeopardize his highly-anticipated Saturday Night Live debut.

He is shown drinking and kissing multiple women at the bar.

Fans began asking whether SNL producers would allow Wallen to shoot in the studio with other cast members after the compromising videos emerged.

SNL producers were forced to stop studio productions earlier in the year after the coronavirus pandemic started. The cast filmed the rest of last season’s episodes from home in compliance with social distancing regulations put in place after the COVID-19 pandemic started.

They show only returned to the studio last week.

The upcoming episode is the second one for Season 46, which premiered on Saturday, October 3.

According to TMZ, the country singer was in Tuscaloosa to attend Saturday’s Texas A&M Aggies’ football game against the Alabama Crimson Tide at the University of Alabama’s Bryant-Denny Stadium.

Morgan Wallen later appeared on multiple TikTok videos. He was maskless while celebrating the home team’s victory with various people in different places.

The videos show him ignoring CDC social distancing guidelines at a house party and in the backseat of a car. Multiple videos also show him making out with several women at a crowded bar.

Video emerged after Wallen tweeted about his upcoming SNL debut

The video surfaced on TikTok on Saturday (October 3), a day after Wallen tweeted excitedly about his upcoming appearance on SNL.

Wallen took to Twitter on Friday (October 2) to share his joy about his upcoming appearance on SNL. He appeared very excited about his debut on the NBC show.

In a note to his more than 380,000 followers on Twitter, he stated, “Doesn’t get much bigger than this when it comes to television.” 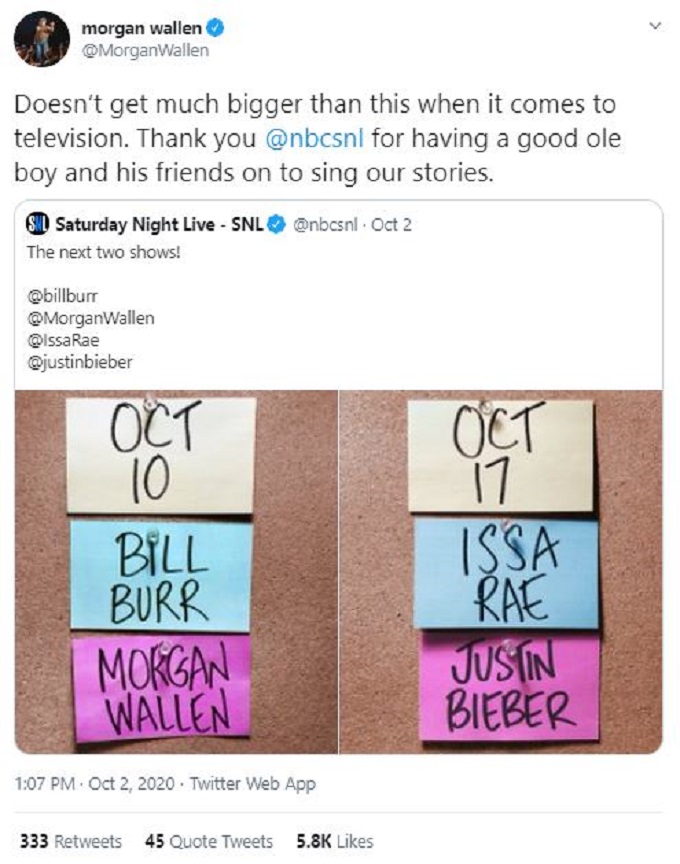 Fans who were eagerly looking forward to Wallen’s appearance on SNL became worried after seeing the videos.

The singer came under fire on social media, with many people condemning his behavior as reckless at a time that COVID-19 infection cases are surging across the country ahead of the winter season.

Others seemed more offended by the clips showing him making out with multiple girls although he has a baby by another woman.

A Twitter user described the girls as looking “barely legal.”

The Whisky Glasses singer and his ex, Katie Smith, welcomed a baby boy during the summer.