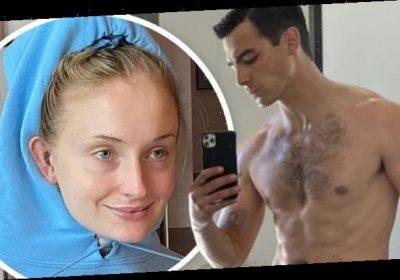 Joe Jonas and wife Sophie Turner became first-time parents when they welcomed their daughter Willa to the world in July 2020.

With their hands full raising their child and directing their successful careers, it’s nice to see the British-born actress getting flirty with her husband when she reacted to a shirtless image of him on social media.

This all started on Saturday afternoon when the DNCE singer took to his Instagram Story and posted a mirror selfie showcasing his upper body; particularly his ripped abs.

Scroll down to video 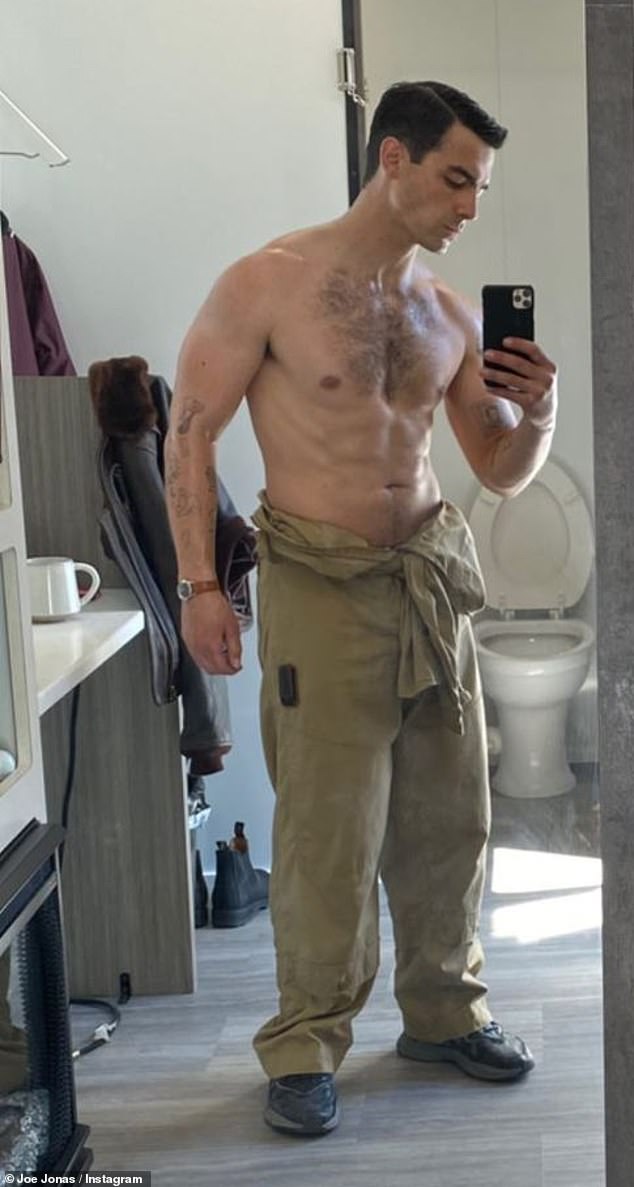 Flirty: Joe Jonas, 31, showed off his ripped abs when he posted a mirror selfie of himself shirtless, which caught the attention of his wife, Sophie Turner

The selfie appears to have been was taken in a home office space, just outside a bathroom.

Apparently dressed in brown overalls, Jonas pulled off the top part of the classic ensemble and secured it around his waist.

He then struck a side pose into a full-length mirror hanging on the wall, while tightening his abdominal muscles for maximum effect on the ab region. 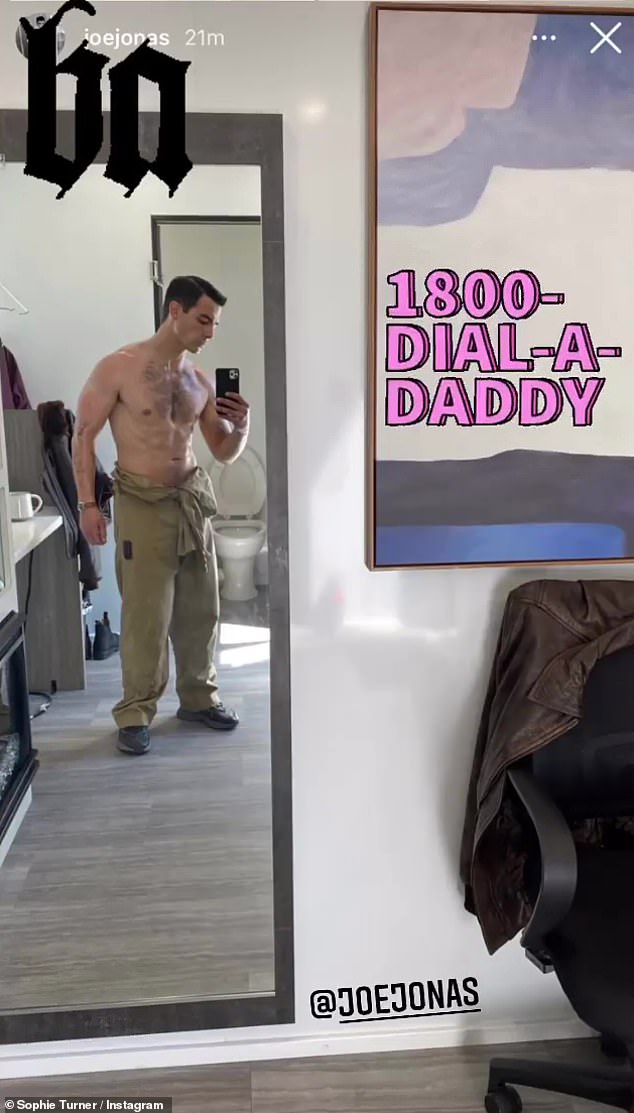 The singer’s wife, Sophie Turner couldn’t resist re-posting the photo on her own Insta-Story, along with a some flirty gifs 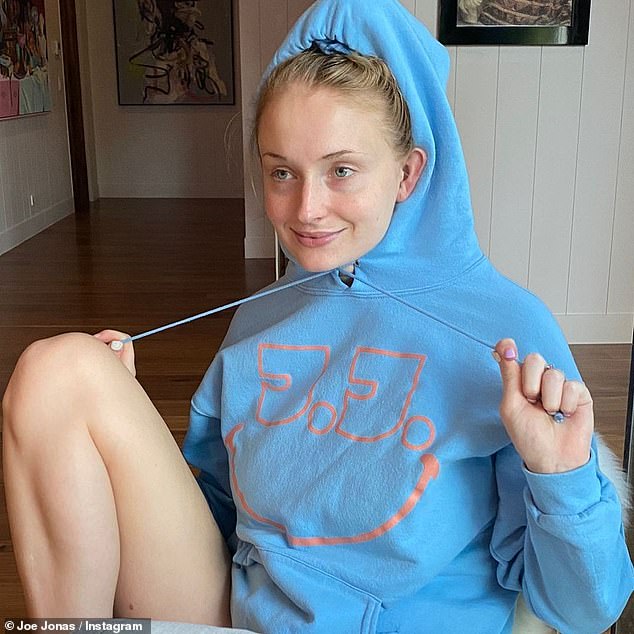 The Game Of Thrones star, 25, had fun referencing Jonas is a father now by adding the gif: ‘1-800-DIAL-A-DADDY

From the looks of the rips along his flat stomach, the 31-year-old has been putting hard work at the gym during COVID-19 lockdown.

Not long after sharing the photo, Jonas’ wife couldn’t resist re-posting it on her own Insta-Story, along with some flirty gifs.

‘Bad Dad’ and ‘1800-DIAL-A-DADDY’, the Dark Phoenix star added to emphasize her husband’s toned body in the sizzling snap. 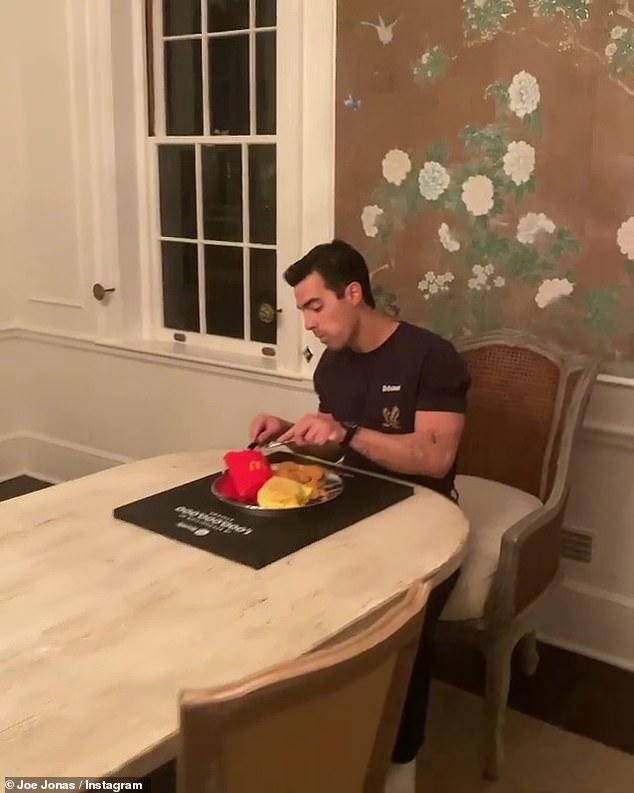 Funny: About an hour after their online flirting, Jonas showed off his clever and comedic side when shared a quick video of himself casually sitting at a dinner table eating 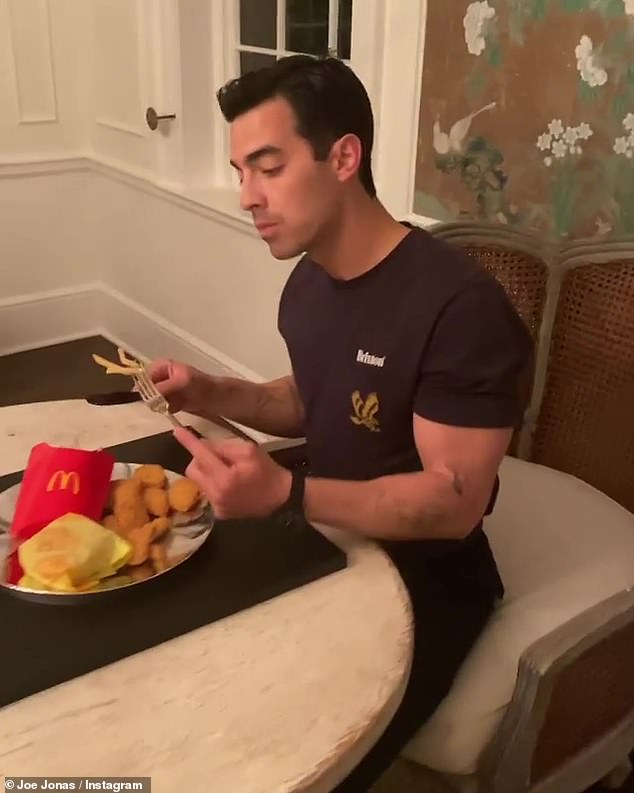 It quickly becomes apparent that Jonas is eating McDonald’s

About an hour after their online flirting, Jonas showed off his clever and comedic side when shared a quick video of himself casually sitting at a dinner table eating.

It begins with a shot of the table and then pans to the right to show the Jonas Brothers star eating a meal from McDonald’s. As the camera moves close to the food, just behind Jonas, viewers can see he’s using a Spotify music award of recognition for his band DNCE as part of his plate setting. 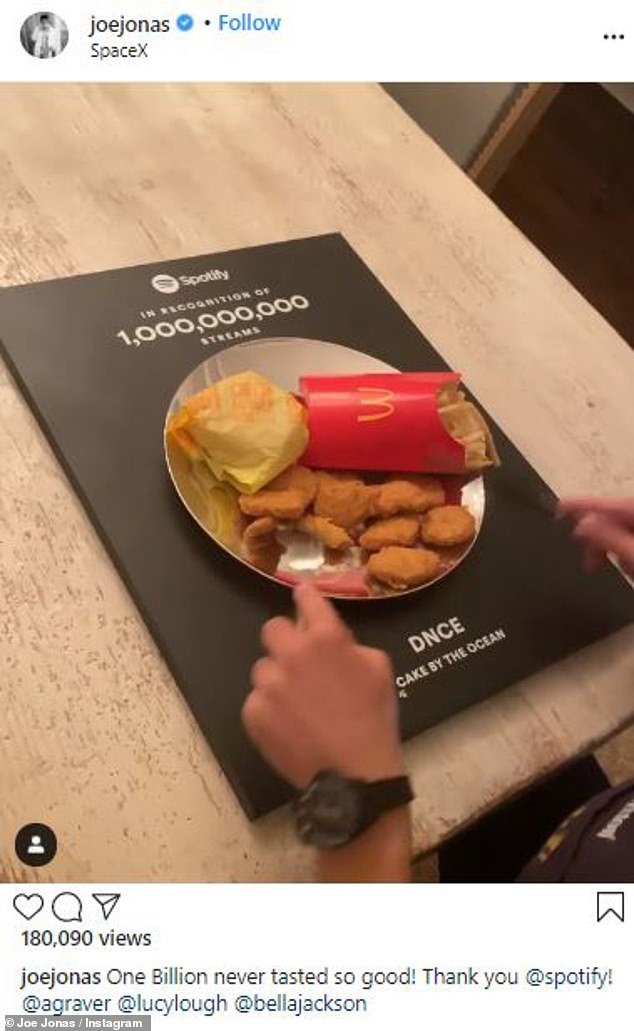 Don’t make a mess: As the camera moves close to his food, just behind Jonas, viewers can see he’s using a Spotify music award of recognition for his band DNCE as his plate setting 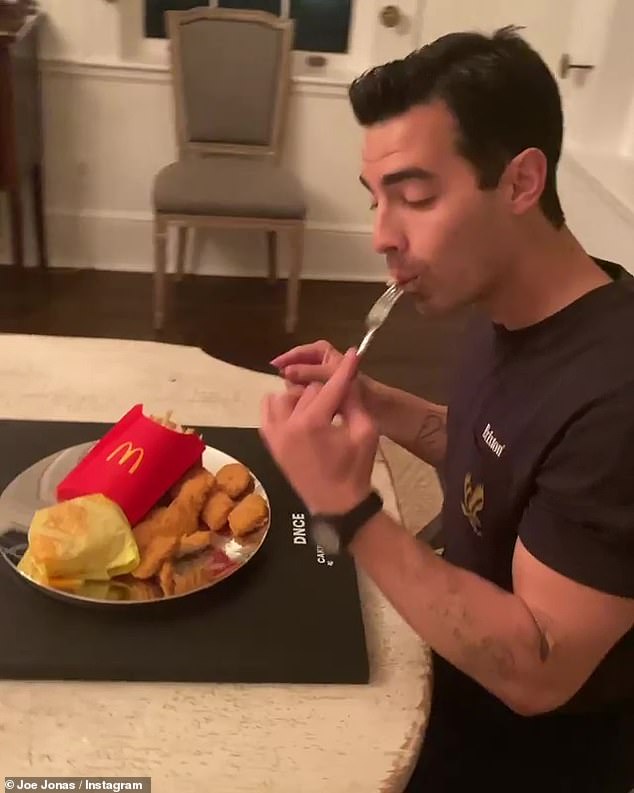 The 2015 song from their debut EP, Swaay, turned into a smash hit for the group, which was formed after Jonas parted ways with the Jonas Brothers.

‘One Billion never tasted so good! Thank you @spotify! @agraver @lucylough @bellajackson,’ he wrote in the caption in a play on the words to incorporate McDs into the equation. 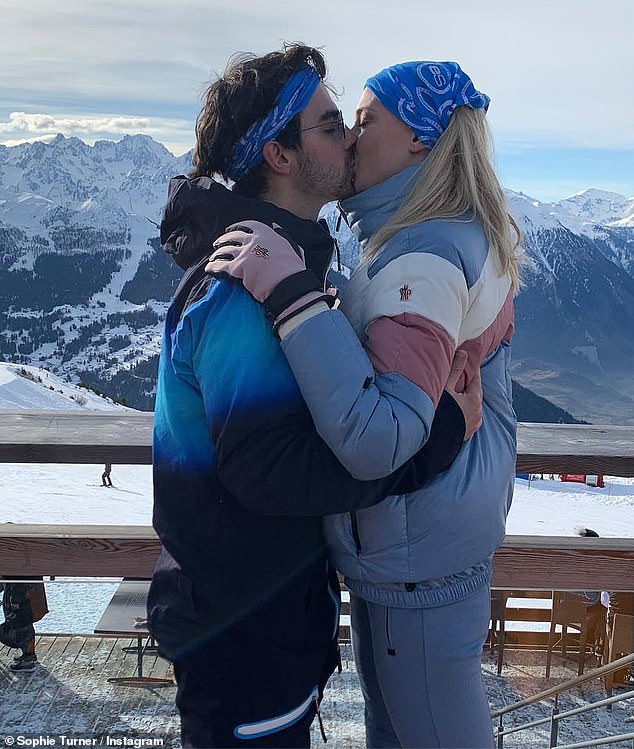 New parents: The couple, who will celebrated two years of marriage on May 1, welcomed their daughter Willa to the world on July 22, 2020