Sophie Turner and Joe Jonas do a great job of keeping their fans in the know without giving too much information about their personal life away. The couple is known to share tiny glimpses of their family life on social media, though sometimes the hints are so subtle many of their followers miss them. On Saturday, Nov. 14, Sophie Turner’s Instagram revealing baby Willa’s birthday caught her fan’s attention because it was so, so sweet.

Jophie stans knew that the pair welcomed their daughter back in July after staying silent on Turner’s pregnancy for months. Shortly after the baby girl made her big debut into the world, details about the newborn started to surface, including reports that Turner and Jonas named her Willa. Since then, Turner has shared a few photos of her baby bump on Instagram, including a snap of her in the pool with her dog, one of Jonas adoringly cradling her stomach, and another of her smiling poolside, showing off her bump in a green bikini.

Just when fans thought those pics might be the only confirmation from Turner’s pregnancy, the Game of Thrones alum subtly confirmed Willa’s birthday in an Instagram Story on Nov. 14.

Showing off a necklace from Jennifer Fisher Jewelry that read "22.07.20," Turner thanked the jeweler for the custom piece. 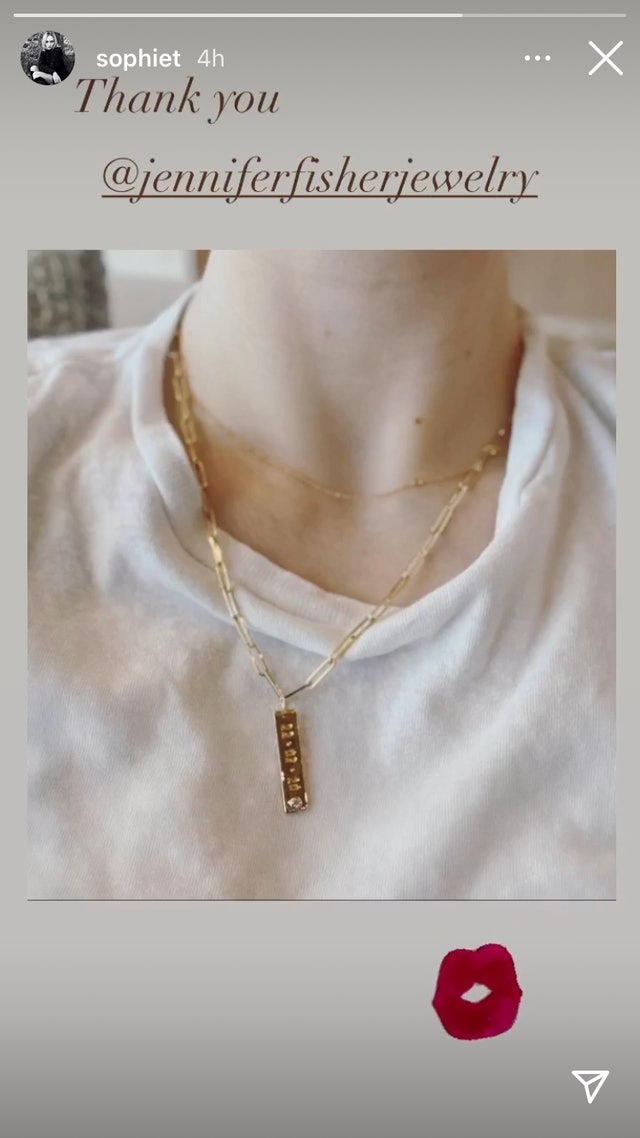 It didn’t take long for fans to figure out the very important date engraved on Turner’s chain is likely the birth date of her and Jonas’ daughter, since it was known they welcomed Willa in July. So after months of speculation, it was finally confirmed that baby Willa was born on July 22, 2020, meaning she’s just days away from celebrating her 4 month birthday.

Here’s to hoping Turner and Jonas will share the first photo of baby Willa someday very soon, because fans are eagerly awaiting that special moment.