The Special Meaning Behind the Royal Baby's Knit Blanket 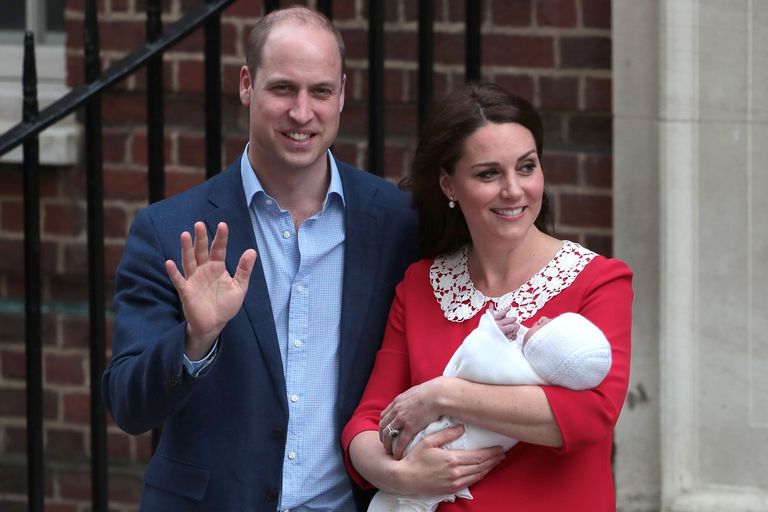 Per tradition, Prince William and Kate Middleton just exited the Lindo Wing at St Mary’s with their newborn child for his public debut. The latest Prince of Cambridge looked like the definition of perfection sweetly wrapped in what appeared to be a white G.H.Hurt & Son shawl.

If the intricately woven swaddle looked familiar, Prince George and Princess Charlotte once appeared in something very similar. The Duke and Duchess of Cambridge also wrapped the siblings in blankets from G.H.Hurt & Son for their introductions to the world.

The family-owned company’s “Shawl Factory” has produced luxury knitted-lace shawls, scarves, and blankets in Nottingham, England, for more than 100 years. Not only did G.H.Hurt make the shawls used for the most recent royals, but it also presented a special blanket to Prince William when he was a baby, People reported in 2015.

For their first child, the Duke and Duchess used one of the company’s traditional hand-finished shawls made with super-fine merino wool, which retail for £54 (about $75).

A sleepy newborn Princess Charlotte snuggled up in an almost identical wrap. The ivory white soft wool baby shawl also featured a scalloped edge, but with a subtly different pattern that sells for £74 (about $105).

Just like Princess Charlotte, the newborn also wore a knitted cap. His older sister’s handmade wool bonnet came from a high-end Spanish children’s wear boutique, Irulea. According to owner Ayajo Villar, baby Charlotte did wear the hat backwards — “the part that surrounds the face should be on the neck,” she told People in 2015 — but she looked simply adorable just the same.

While Villar declined to name the identity of the buyer or the price of the gift, the Spanish press reported that the children’s nanny, Maria Borrallo, purchased the hat as part of a set that also included a hand-knit jersey and some slippers.

“We had contact with someone who wanted to buy some baby things, but it was all very discreet,” Villar told People at the time. “It was a huge surprise for us when we found out that the Princesita Carlota was wearing our goods!”

Maybe this littlest royal will get some as hand-me-downs!

From: Good Housekeeping US